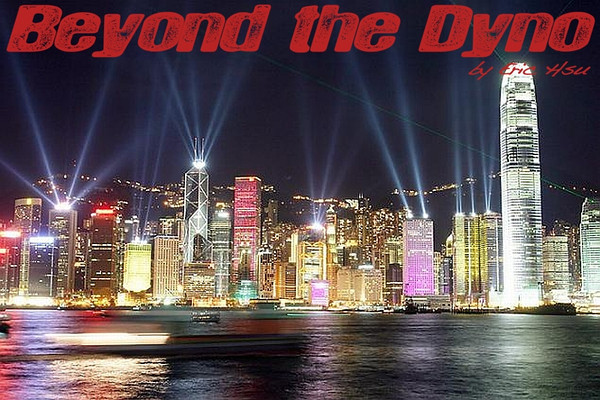 To become a Cosworth E-Pro dealer (no relation to Beck’s CD name), a dealer needs to send their tuner and/or data guy, to our facilities in Torrance, CA for a whole day training session. E-Pro dealers have the ability to sell Cosworth ECPro ECUs and dashes. The training class covers the ECU, dash, and the software suite that consists of Pi Caltool, Pi Toolbox, and Pectel EOT. Primarily the day of training concentrates on the software since its the most complex part. Most potential dealers have a difficult time comprehending why they need training, but what they almost always don’t understand is that the Cosworth ECUs are very similar to the Cosworth ECUs used in F1, WRC, LeMans, Super GT, and many other forms of motorsport. To be able to handle engines of this caliber, the Cosworth ECUs have over 8800 parameters and maps that control strategies based strictly on engineering principles and math. On top of these 8800 parameters and maps, there is a fully configurable 4MB internal datalogging side of the ECU that is capable of 2000Hz total bandwidth with individual parameters logged as fast as 1000Hz. With an optional card logger, data logging can can be upgraded to as much as 8000Hz and as many gigabytes as are available on a Compact Flash card. The data analysis software, Pi Toolbox, is currently used in just about all forms of professional motorsport: F1, NASCAR, WRC, LeMans, SuperGT, Grand Am, ALMS, etc. so you can imagine its capabilities and its associated complexity. Add all of this to the fact that there isn't any true documentation and one can see why a day of training would be the very least necessary to get somebody who is used to tuner grade ECUs to understand the basics of the Cosworth system. It took me asking Roland, Ben, Mark, and Steve at Cosworth Electronics several thousand questions and probably about six months of daily use for me to truly understand and be able to utilize all of its capabilities.

Pi Caltool is the Windows based calibration software for the ECPro series of ECUs. It is features fully configurable workbooks (templates) with many different types of displays. Originally designed for Ford for F1, WRC, and OEM ECU calibration in late 90's, it has evolved into the powerful software it is today.

What does all this have to do with my trip to China and Hong Kong? Merstartech (MST) in Dongguan, Guangdong in China, was already a Cosworth dealer and wanted to become an E-Pro dealer. They did meet the requirements which are a storefront, workshop, in house chassis dyno, and had an experienced tuner on staff. MST was already buying quite a few of the more serious Cosworth components too which definitely helps to show the caliber of a shop's customer base and capabilities. Since they had limited English speaking ability and had some deadlines to meet, they asked if I could go to China for the training session. Conveniently I also speak some Cantonese which would turn out to be quite helpful for getting around, ordering food, and the training itself. We had to wait for my schedule to clear up some, but I was finally able to take the 15 hour flight to Hong Kong at the end of June. Sonny, the tuner and partner at Merstartech and his buddy Calvin picked me up at the airport and we took the 2 hour drive to Dongguan. It would have been more convenient to fly into Shenzhen, China, but last minute plane tickets cost another $500 during the summer season. Fortunately Sonny spoke enough English and I spoke enough Chinese so that we had no problems communicating most of the time. Google translate helped out in some cases of course.

MST is located in a slightly suburban retail district. They appear to do more of the high end cars in Dongguan. We drove by some other shops in the area, but the others seemed to be mostly accessory type shops.

To be honest I wasn’t sure what to expect in China and I wasn’t familiar with MST as a customer since I'm not on the sales and customer service side. Would all of the parts used on the cars be fake Chinese copies? Would everybody be hacks? I know street car/race car tuning has been happening in varying degrees in Hong Kong for a long time now, but it’s pretty much all new in China. Caltool requires a thorough understanding of the four cycles of internal combustion and fuel injection theory. I was relieved to discover that Sonny and Vincent, partners at MST) were from Hong Kong originally and had worked at shops and some winning touring car race teams throughout the years so they were already very technical. Sonny has plenty of engine building experience, has a good understanding of fuel injection theory, and was already familiar with the tuner grade of ECUs (e.g. AEM, open source, Link, Hydra, etc.).

It was good that I was at MST for multiple days. Despite the 90F+ temperatures, 100% humidity, and torrential downfall of rain, Sonny and I spent a lot of time going over the ECPro and software in great detail. I was able to show him how to utilize the ECPro's inputs and outputs to use some special features like map switching between four maps (3 maps are standard using the Si Drive knob), using a push to pass button, adding a start line limiter, controlling intercooler spray, and using the ECPro to drive the AEM water injection injectors. I was also able to go over PID control theory in detail for the closed loop boost control and Lambda control strategies. It was perfect because Sonny also had a deadline to finish his customer's GRB Impreza STi so Sonny actually tuning the car was like a test for what we reviewed.