Nowadays as technology has enabled us to extract previously unheard of power levels out of our engines, the once rare failure of the ring and pinion gear in the differential is becoming more and more common.  Ring and pinion breakage used to be something that just drag racers and drifters would experience but now as power levels rise, tires improve, more sophisticated aero generates huge levels of grip and dog shifted transmissions increase the shock load on the drivetrain, even road racing cars are starting to suffer from failure of the ring and pinion.  To prevent failure, it can be an expensive endeavor to put a bigger and stronger differential in your car and a bigger diff usually has significant penalties in the weight and friction departments.  So how can you improve the life of your ring and pinion?  We did a few tricks and with some help from our friends at WPC Treatment, CTP Cryogenics and AFCO to do just that.  Let us show you the stuff that we did that can more than double the life of your parts. 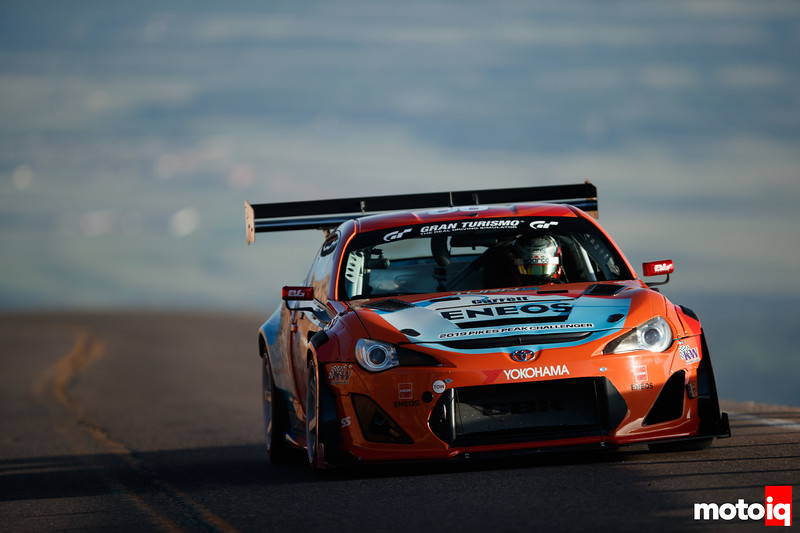 The Evasive Motorsports/Eneos Oil/Turn 14 Distribution Toyota 86 Pikes Peak car is a prime example of a car that can benefit from our gear treatment.   With up to 1000 hp on tap, big slicks, moderate aero loading and a sequential transmission, the car puts a lot of stress on its drivetrain.  Last year, the car ran in numerous test sessions and competed in Grid Life’s Time Attack at Road Atlanta. The car then ran for quite a bit of time in testing and practice at Pikes Peak and was running an excellent podium assured split time when the differential failed nearly within sight of the finish line.  The diff failure negated a year long effort from the team, a promising finish and even a chance for a win.

For 2020 many options on improving the diff life were considered including going to a larger, Ford 8.8″ differential.  However this would be a 30 lb weight penalty on an already heavy car and would need fabrication and a new, more expensive set of spares.  This would represent an investment of over $5000 on an already tight budget (Pikes Peak is already a very expensive event to run).  Since the OEM differential ran for several hours before failure it was decided to try to extend its life and start the final time trial up the mountain on an brand new assembly.  Our gear prep could easily double the ring and pinions life and that should be more than adequate to assure finishing Pikes Peak and Super Lap Battle.

We started the gear prep by polishing the tops of the gear teeth with a scotchbrite pad on a drill to break all the sharp edges.  We found that sharp edges left over from machining can dig into the gear faces and cause stress risers which can lead to failure.  We did this on the ring gear and the pinion gear. Here is a close up of the pinion gear head showing the deburred edges on the gear teeth.

After detailing the ring and pinion, we sent them out to CTP Cryogenics to have them cryo treated.  Cryo treating is an extension of the heat treating process which stress relives the parts and coverts the crystalline metal structure of the metal from a Face Centered Cubic Crystal structure called Austenite to the harder and stronger Body Centered Cubic structure Martensite.  Cryo treating does this just as heat treating does but it further improves the conversion of Austenite to Martensite.  This gives the metal a more homogeneous structure across its surface to the core and greatly improves, hardness, wear resistance, fatigue strength, and tensile strength.