March 12, 2011 (Irwindale, CA) – Chelsea DeNofa, from Seabrook, Texas, defeated Aurimas ‘Odi’ Bachkis from Wrightwood, California, in the final round of tandem competition at Toyota Speedway at Irwindale to win the first Xtreme Drift Circuit event of 2011. 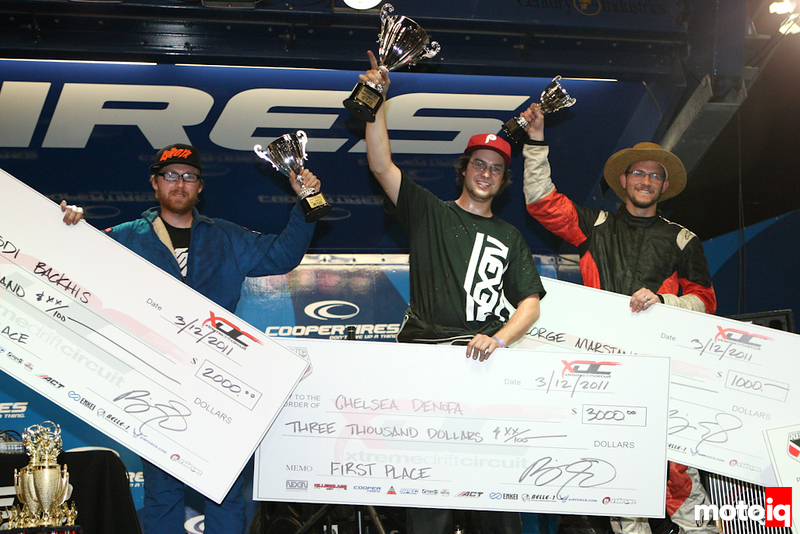 For DeNofa, the 2010 XDC Champion and driver of the Nexen / Non Stop Tuning / Technica BMW E36, the road to the final round was not an easy one. After qualifying first for the event, he enjoyed a bye run in the first round when Robert Turnbow’s Toyota Cressida was unable to compete. DeNofa then survived the toughest battle of the day when he went two One More Time’s against Forrest Wang before advancing to the Final Four where he had yet another One More Time against Marstanovic before advancing into the Final. 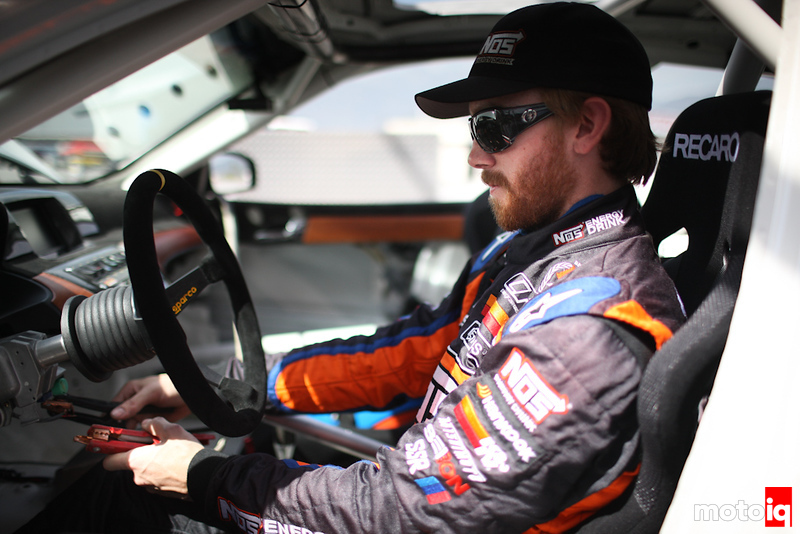 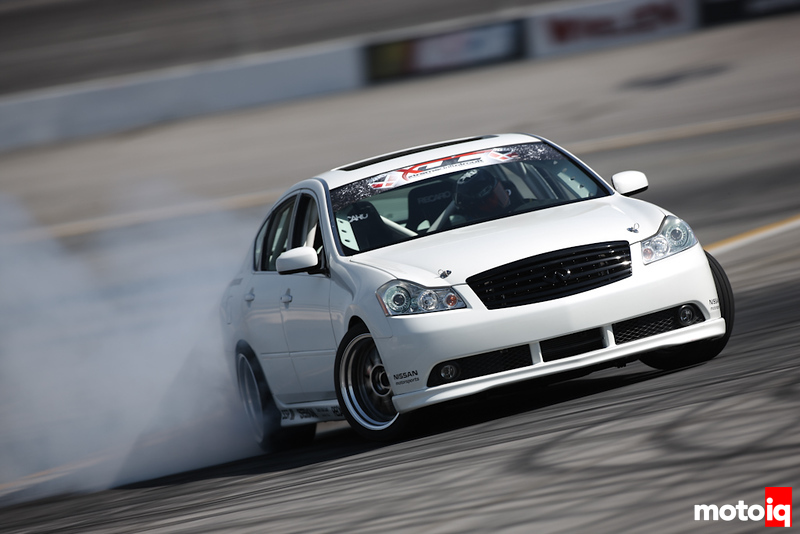 Chris Forsberg was out keeping things fun giving demo rides to 3 people at a time in his Infiniti M45 with 4 racing seats!