With our super tight schedules everyday we rarely have time to get back to the media center to download photos and spend any meaningful time writing, so we apologize our day-to-day coverage is more day-to-every-other-day-or-so…  But I’m taking a break from shooting today to stay back and write about the lap we just took of the Nordschleife–IN A FUCKING CHOPPER!!!  Again, courtesy of our friends at KW, we got up early and thankfully before breakfast headed to a grassy hill that looked like something out of Sound of Music (not that i’ve ever seen that) where the helicopter waited to take us up in groups of 4.

I was quick on the draw and got shotgun on my flight!  Sticking to corporate policy, Mike and I rode on separate flights kinda like the President and Vice President have to do in case anything happens, ya know.  As we loaded in I took a quick look in the back to see who I’d be dying with when this contraption went down in the woods!  I gotta admit I was a little apprehensive about the flight having never been up in a helicopter or even a small plane before, but since I was trying to shoot video with one hand AND get the requisite stills for facebook with my blackberry in the other, i had plenty to keep my mind occupied!  (stay tuned for that video–probably gonna be shitty, but its better than nothing!)  A quick check of the instruments and we’re up! 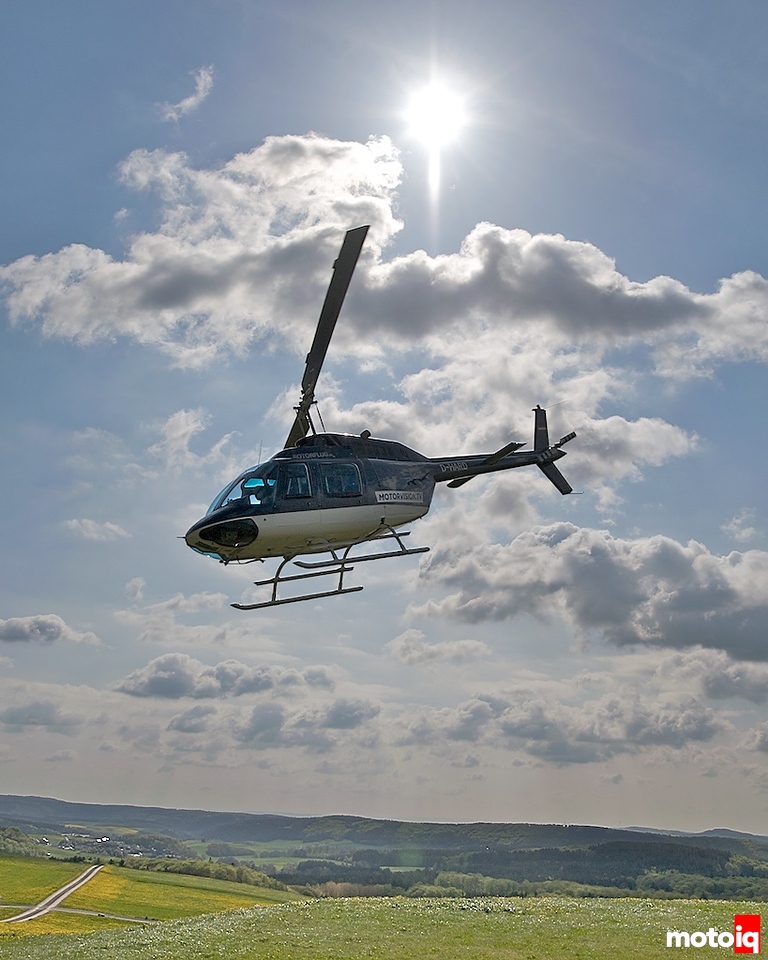 Being up in the air above the countryside you really get a sense of how massive this track is–words can’t describe it (or at least mine can’t)!  I wish we were gonna get a chance to drive the track because honestly I didn’t get to just look out the window and take it all in, i was too busy dicking around with the cameras… 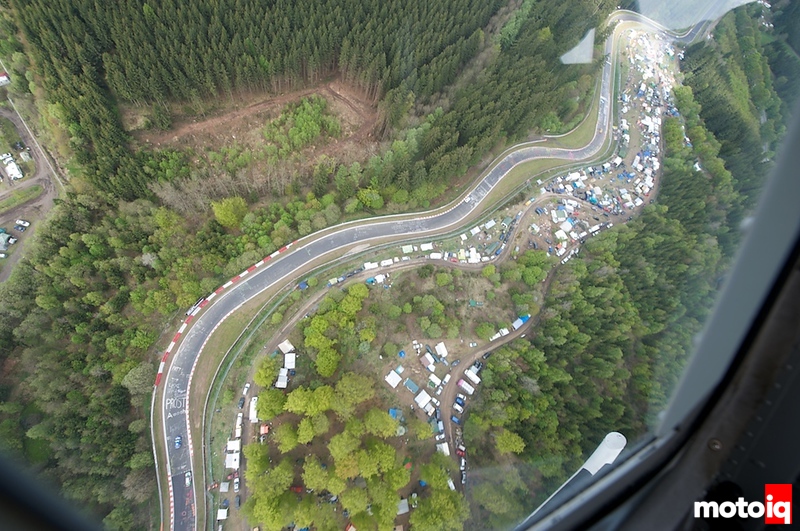 The pilot did a few negative g maneuvers that were fun and followed along the course as it cut through the landscape taking most of the turns without even braking! ;) 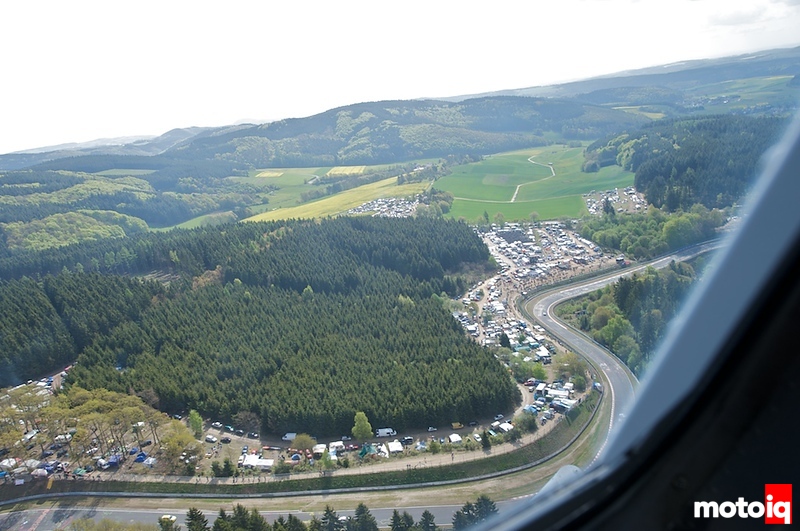 After we landed I had the dumb permanent smile on my face for about 15 minutes as the rest of the guys got their chopper laps.  Good news, none of us crashed and died!

Well in real time the race is about to end and I need to get down to start/finish to catch the conclusion (DAMN!  looks like the Hybrid Porsche might be out of the race less than 2 hours before the end!!!)  BMW might win this with their M3 that as far as i know is a carbon copy of the Rahal-Letterman ALMS cars we just featured!  I still want a Porsche though 🙂

Stay tuned for more maybe even later tonight as we head to Fichtenberg for our visit to KW’s factory!  Thanks again to KW for the ride–BEST HOSTS EVER! The Green Hell, Life at the Nordschleife