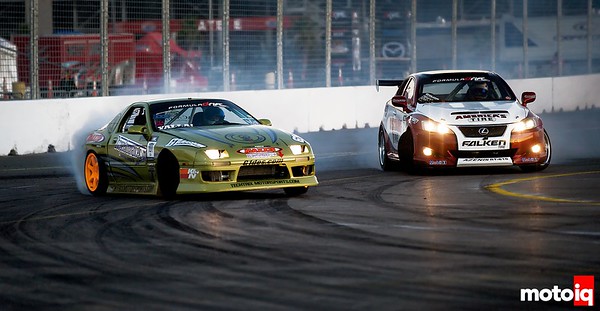 Long Beach, Calif. – July 12, 2009 – Formula DRIFT returned to Las Vegas Motor Speedway for Round 4: All In. Champion Tanner Foust takes the victory in his Rockstar / Hankook Scion Racing tC, while Chris Forsberg in the NOS Energy Drink / Maxxis Nissan 350Z moves to the top position overall in the chase for the Formula DRIFT Pro Championship. 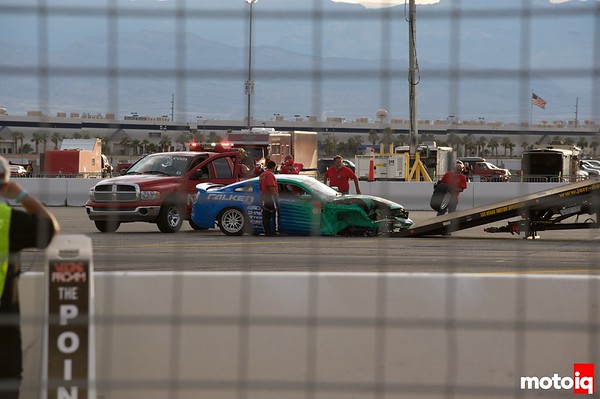 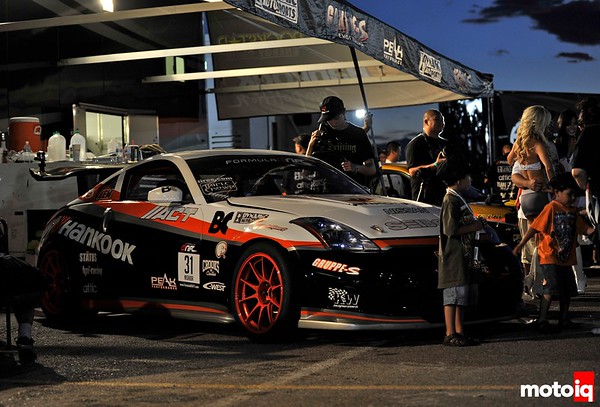 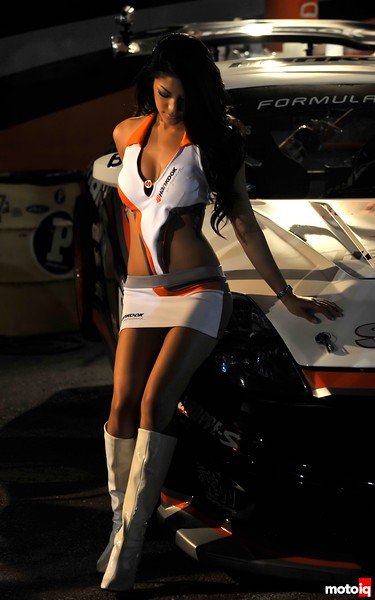 “Las Vegas continues to be one of the top destinations for the circuit despite the triple digit weather,” said Ryan Sage, vice president of marketing and co-founder of Formula DRIFT. “The fans continue to come out in droves and we had another sold out event. The drivers continue to step up their level of drifting and we're seeing a real chase for the Championship.”

Chris Forsberg took over the point lead after a close battle with Ryan Tuerck, who was ranked #2 going into the event, in the Great 8 round. Forsberg then went on to defeat Tyler McQuarrie, in the Falken Tire Nissan 350Z, in the consolation round for 3rd place.

The final battle was between Hankook Tire teammates Tanner Foust and Ryuji Miki, piloting the APEXi / Hankook Mazda RX-7. Foust proved why he is the returning champion and blinded Miki in the first run with a cloud of thick smoke that caused Miki to lose his drift, while giving chase in their first tandem run giving Foust the advantage. With a solid 2nd run, Foust was able to sit on top of the podium once again.

“The Rockstar team and I went from zero to hero after failing to qualify for the main competition last event,” said Formula DRIFT champion Tanner Foust, winner of Round 4: All In. “I am so proud of my team and they worked hard to fix the issues of the Rockstar Scion tC and I now feel comfortable and feel that this car has more potential than the Nissan 350Z ever had.” 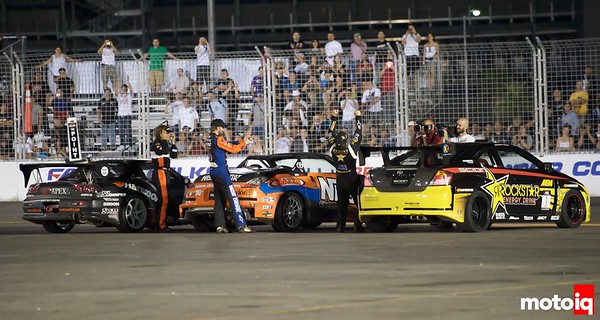 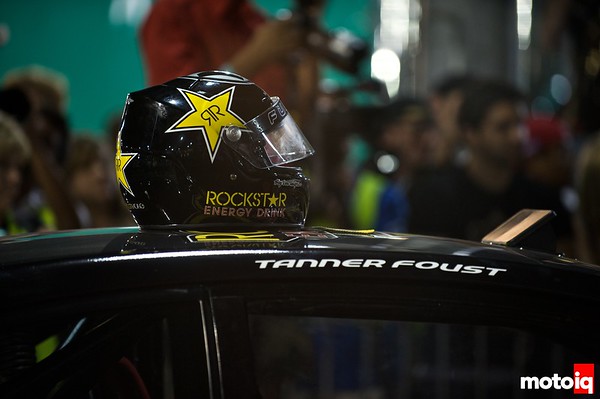 For more in depth coverage of Formula D Vegas, check out what our friends wrote over on MotorMavens.com: How to Make your Own Effective Exhaust System