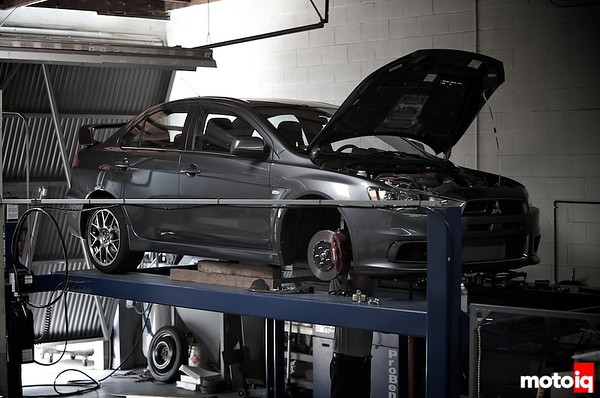 What does the guy that has the Ultimate Streetcar do for a daily driver?  Cheston Chiu is no stranger to building some really sick iron.  His super clean, built to the hilt twin turbo 350Z is no show car.  The Z placed second, missing first place by less than a point in Sport Compact Car Magazine’s Ultimate Street Car Contest and repeated the performance when the USCC torch was handed to Modified Magazine after SCC’s demise. 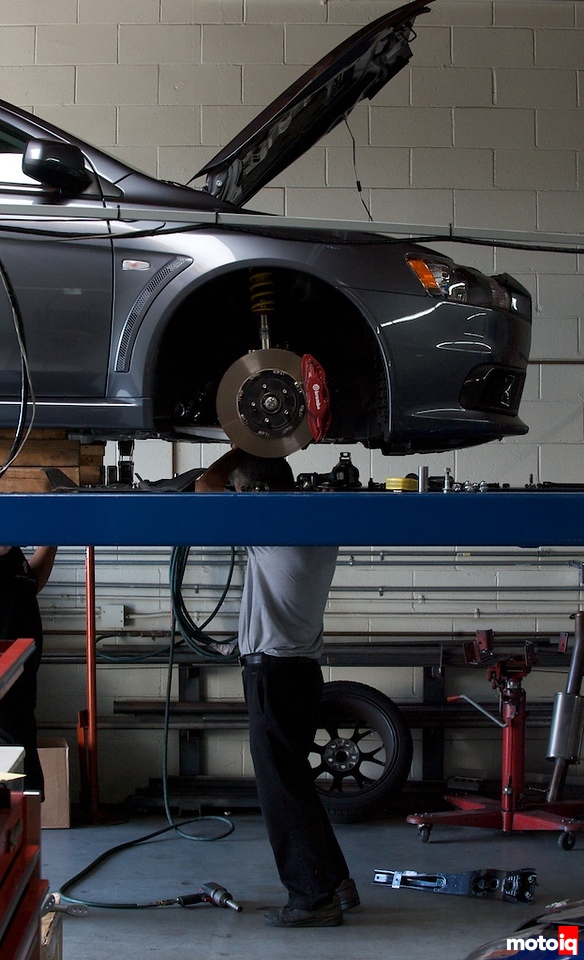 Since the Z is a bit extreme to be a daily driver, Cheston wanted something nice but not as boring as his Maxima beater.  The car still had to have some potential for some nice modifications but nothing that would render the car impractical as a daily driver.  After considering several different options, Cheston settled on a 2010 Mitsubishi EVO X.  The biggest reason was the twin clutch TC-SST transmission.

The TC-SST transmission is an advanced transmission.  It is actually a computer controlled manual transmission with electronically controlled twin clutches.  What is cool about this system is that the next gear can be pre-selected for lightning fast seamless shifts–faster than humanly possible.  The computer can control the shifting and clutch like an automatic transmission or you can manually shift via steering wheel mounted paddles. The clutches lock up solidly and there is no power-sucking, slipping, slush-box torque converter to waste power, nor are there inefficient power-dissipating planetary gears like a conventional automatic. 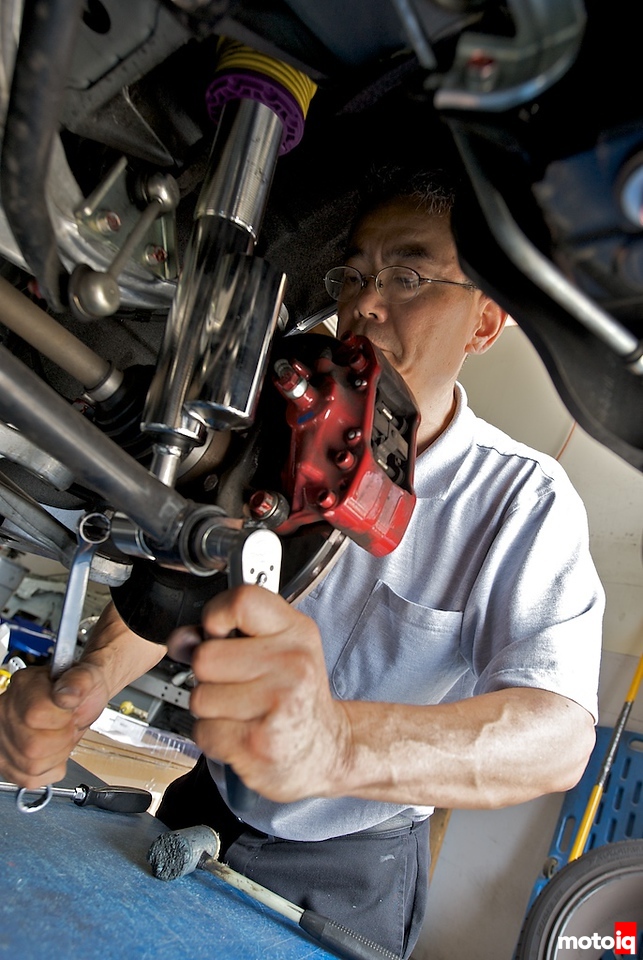 The TC-SST transmission has the comfort and the convenience of an automatic transmission with the efficiency and directness of a manual transmission.  Although manual control is nice, the computer actually does a pretty good job of shifting.  In sport mode, it hits the downshifts perfectly and holds gears when driving in the twisties just like you would yourself.  The electronics rip off perfectly rev matched downshifts better than you can.  After driving the car hard we feel that it might do pretty good if you let it do the shifting!  Cheston liked the idea of a super automatic!

Cheston also liked many of the EVO X’s other advanced driver’s aids such as Super All Wheel control that vectors torque around the chassis to help steer and stabilize the car as it does its thing, ABS brakes with electronic force distribution and active stability control that makes for a fast and stress free drive without compromising performance.  Unlike many other performance cars, the electronic aids on the EVO X are relatively transparent to the driver, just the thing for a serious performance enthusiast.

Cheston’s goal with project EVO X is rather complex.  While ultimate performance is the goal, since the car will remain Cheston’s daily driver, the car cannot simply be built for all out track day performance.  It must be both fast and livable in daily use–a difficult challenge to be sure.