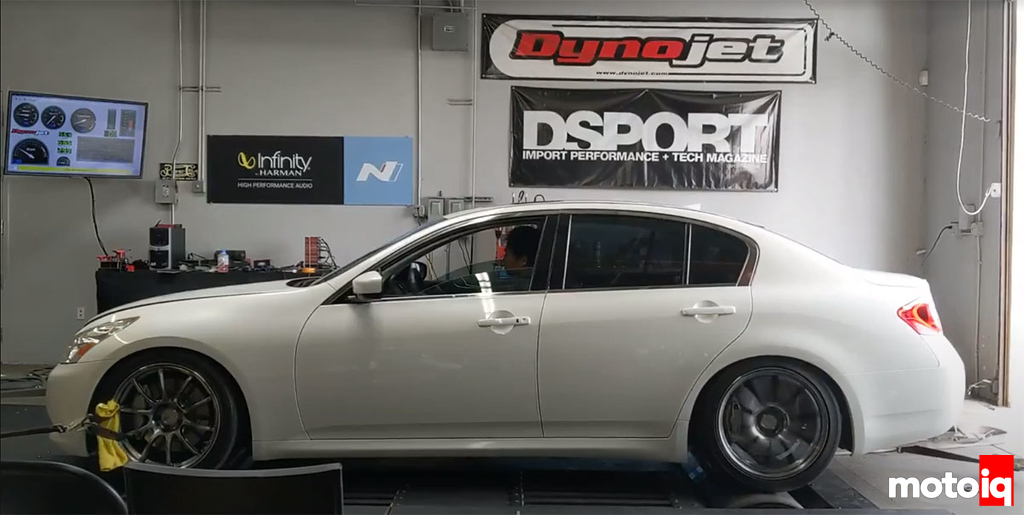 This story like all great stories started with a plan.  Then that plan got wadded up and thrown in the garbage but you’ll see what we mean by the end.  Our initial plan was to start out getting a baseline dyno run over at the Dsport shop as shown.  We’d get baseline power numbers and then procedd with our VQ37VHR Supercharger install.  We’d install our parts and then head back to Dsport to see what kind of power we’d make.

Baseline power was decent at 301 whp.  Less that what we’ve seen on other dynojets but respectable for a basic bolt on VQ37VHR.  With our baseline set we headed over to the MotoIQ garage.

After months of collecting and waiting for parts and years of planning we’re finally ready to install our supercharger on our G37S Sedan.  You can read our other articles on our Project G37 as well as the other articles in this series including Vortech V3 SI supercharger and our fueling system from CJ Motorsports and our Air to Air intercooler components from Soho Motorsports.  Let’s get started. NX GTi-R: DIY Aero and then Some!