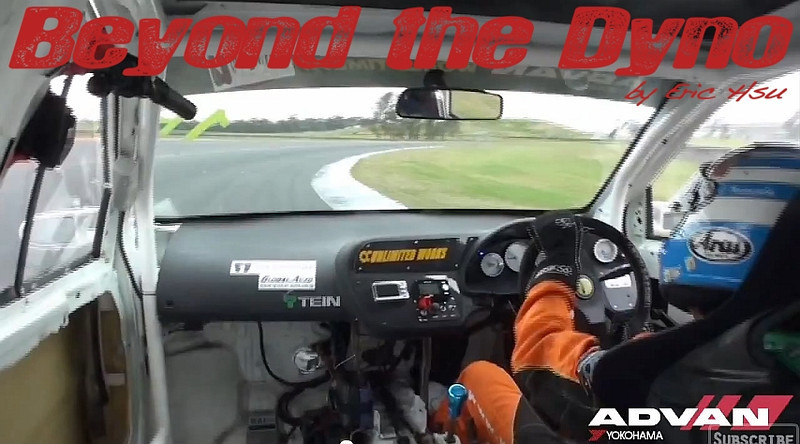 If you've been following the World Time Attack and its cars, then you already know that Tarzan just barely beat Dave Empringham in the Sierra Sierra EVO by a scant 0.173 seconds. If you don't know, then you can catch up here: 10 Fastest Cars of the World Time Attack Challenge Pro Class. It was a heartbreak for Sierra Sierra when 5th gear was ejected from the transmission case on the very last lap in the very last session. Anyhow, here's Tarzan's fastest lap:

You can tell the CyberEVO's torque falls off at the upper revs, but the CyberEVO's lightweight, Tarzan's mastery of the car, and the ultra extra sticky Advan A-050s were good enough to seal the deal. Since the CyberEVO team won two years in a row, it can be said that it isn't just luck. They have the winning formula (at the moment).

Dave has all of the in car footage of him driving the Sierra Sierra EVO, but it isn't edited. Hopefully I can get it from him soon and get it up. Then we'll see what 301km/h on the front straight looks like.