hys·ter·e·sis
/ˌhistəˈrēsis/
noun
The phenomenon in which the value of a physical property lags behind changes in the effect causing it.
Reducing hysteresis is something that shock designers have worked on a lot in recent years.  You can understand that having your shock absorbers respond faster to bumps can be a huge advantage at speed.  At 100 mph you are traveling at about 150 feet per second and if your shocks take 5 milliseconds to respond to a bump event you are already .75 feet past the bump. Now 5 milliseconds is a pretty fast response and some shocks can be 3x slower. That’s 2.25 feet traveled before your dampers can start to do their thing.  This is where there is a potential for a loss of traction and reduced control.  To combat hysteresis, the engineers at KW Suspension have just come up with a new valve system for their renowned Motorsports line of shocks, it is called the EXR valve system. The EXR system cuts the shock response time down to the 5 millisecond range.  Lets go take a look at the new EXR shocks and see what makes them work! 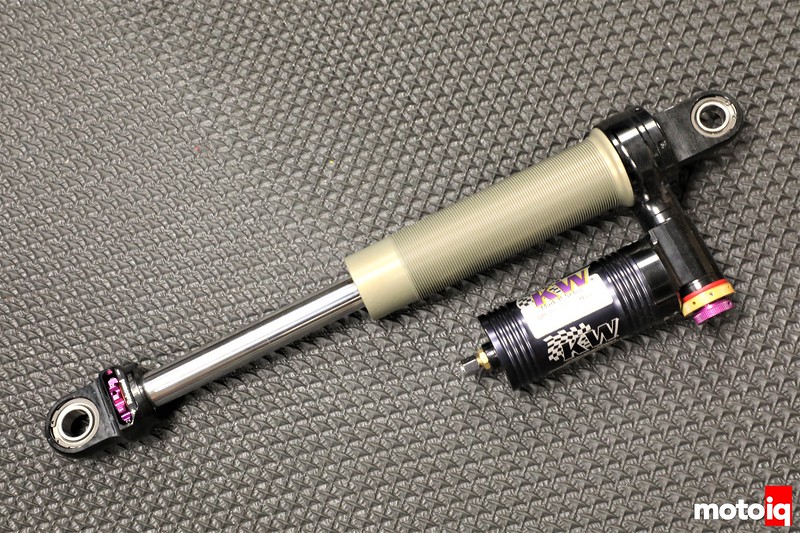 So let’s dive in.  Here is the EXR compression valving of the KW Motorsports damper pictured above.  The parts are laid out as they are assembled into the shock body. The EXR valves are compact and fairly simple.  The simplicity belies the fact that these parts are finely machined to very close tolerances and are very expensive to produce. This precision is needed because to have good control of low speed damping, a lot of control force has to be generated and adjusted very precisely with a super low volume of fluid flow. 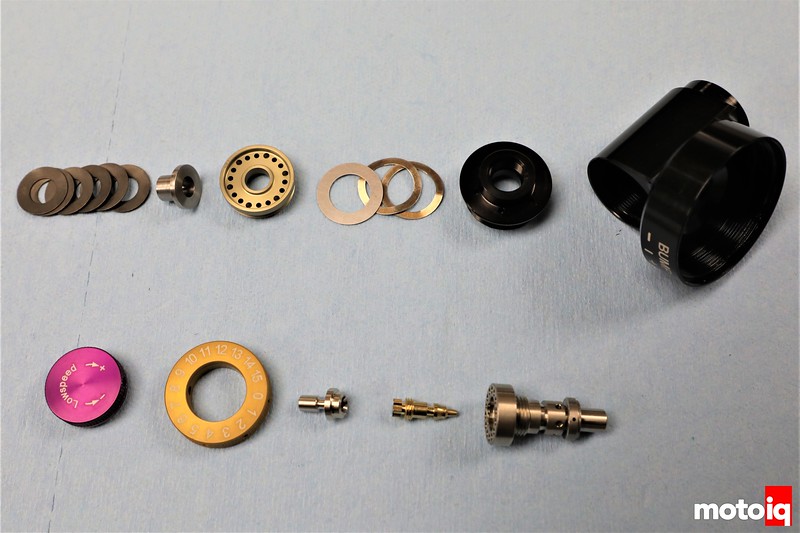 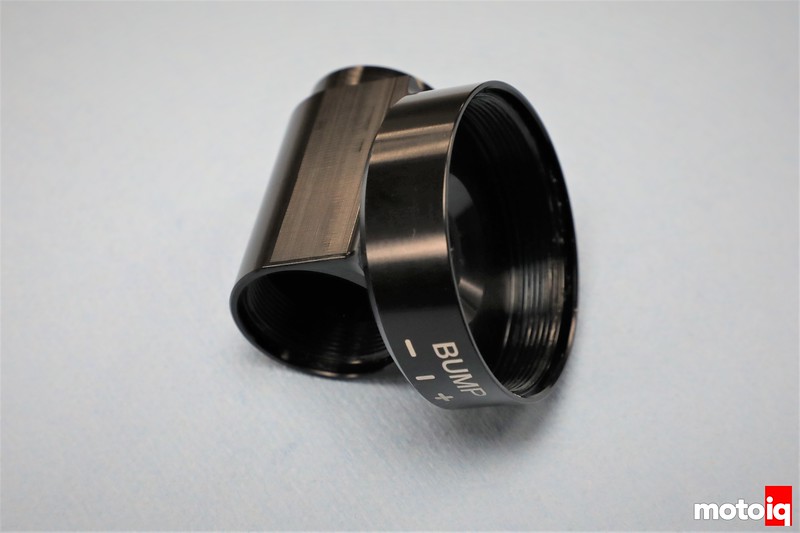