For those of you who are Ken Block fans, you might be interested to know that he is near to closing a deal to drive 2009 spec WRC Ford Focuses. If all works out, the deal should be finalized next month. Block’s team mate will be the ex-SWRT (Subaru World Rally Team) driver Chris Atkinson.

This is great news for WRC in general which stands to finally break into the North American market with Block’s super star status. We need WRC to stay alive because we need Subaru and Mitsubishi to come back to WRC one day and continue developing the EVO and STi platforms.  If the WRC dies and fizzles out, there is a chance that the all wheel drive turbo platform we all love will likely disappear from the marketplace. They are already threatened by tree huggers and Nobama’s bullshit 2015 CAFE rules.

For more information check out Autosport.com. 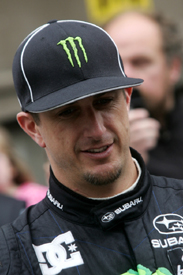