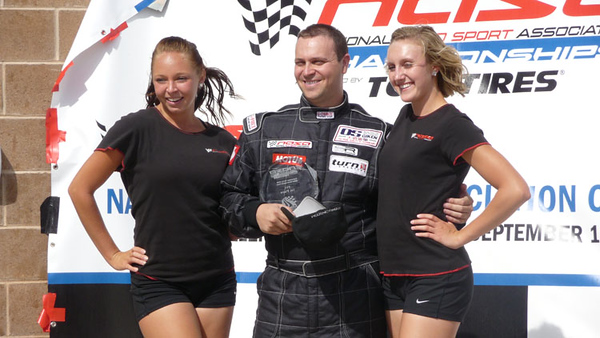 This past Sunday, our own Project Scion tC campaigned by the JD Scion Road Racing team put another mark in the history books, winning a second consecutive national championship in NASA’s Performance Touring series. Perhaps most impressive was the fact that the team started in dead last and managed to climb back through the field and win the race.

View the video coverage of the race HERE!

Driver Dan Gardner was backed by a crew consisting of Brad Allen, Tom Oathoudt, Jeff Lew, and Chris Gladu. To pull off the win, the team ended up overcoming obstacle after obstacle. Before Thursday’s qualifying session, crewman Oathoudt noticed the supercharger pulley wasn’t quite running true. After some investigation the team found the issue and replaced the parts. It was the first freak issue to crop up, but unfortunately it wouldn’t be the team’s last.

Unfortunately, NASA’s point system dictates that if you DNF you only earn half the points of last place, making it mathematically impossible to start the championship race from anywhere other than dead last. Even a first place finish on Friday wouldn’t be enough for a decent grid position for the main championship determining race unless another car DNF’d as well.

Undaunted the crew repaired the car perfectly and Friday’s race went well, as Gardner got out to another early lead. By the last lap, the Scion had stretched the lead over second place to a whopping 5 seconds. Gardner’s fast lap time of 2:11.4 was almost a full second faster than the second fastest car in class. 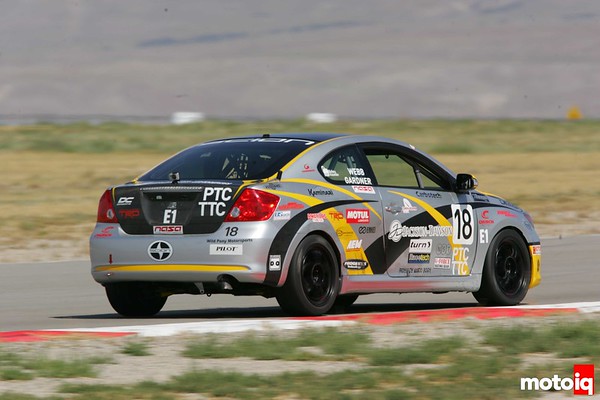