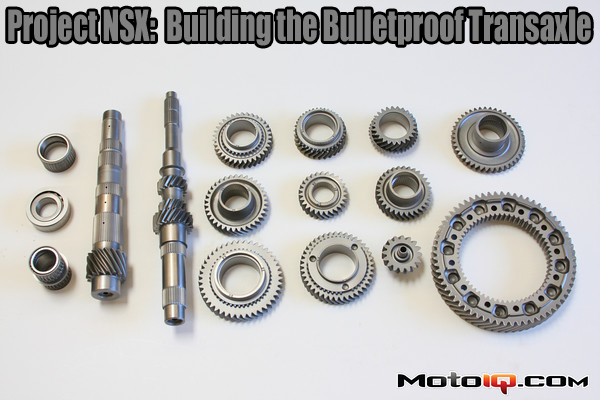 by Billy Johnson and Mike Kojima

The Acura NSX is regarded as one of the premier cars from the era of the Japanese Supercar.  During the early 90’s, the major Japanese manufacturers took the automotive world by storm.  Previously Japanese cars were perceived as the sensible thing to buy; solid reliable and a good value for the money.  For a brief time, fueled in part by a booming bubble economy, the Japanese did their best to dispel that reputation by striving to produce the finest high performance cars of the time, for any amount of money.

These cars became instant classics, tributes to Japan's fleeting greatness before the bubble burst.  These were machines such as the Toyota Supra, the Nissan 300ZXTT and GT-R, the Mazda FD RX-7 and to a lesser degree the Mitsubishi 3000GT.  These cars set the automotive world on fire and were a rude awakening to the complacent and sometimes arrogant exotic makes like Porsche, Ferrari and others.  It took many years before they could come up with machines to surpass the performance of the Japanese supercars for a cost many times higher.

Perhaps the greatest of the Japanese supercars and for sure the longest lived was the vaunted Acura NSX.  The most expensive of the Japanese sports cars and the most exotic, it had an all alloy body and forged alloy suspension, perhaps the greatest integration of light metal in any production car.  Its V6 engine featured the high tech Vtec variable cam timing system, magnesium valve covers and titanium rods.  The NSX was fast nimble and light on its feet.

Now the Acura NSX is becoming affordable on the used car market and there are many fine examples for a reasonable price for sale at any given time.  Although the car is still quite modern, some of the technology has become a bit long in the tooth and needs some upgrading to stay in line with current supercars and even what can be done to some of the other Japanese exotics in the aftermarket.

We feel that some of the Acura NSX’s weak areas lie in the engine, brakes and suspension and we will be modernizing and upgrading these systems as our project progresses.  Our car is starting life as a humble used 1992 Grand Prix White NSX with 130,000 miles on the clock.  Our plans are to upgrade the suspension to world class standards with modern state of the art dampers.  We plan to give the anemic for modern times V6 a lift with a fortified bottom end and eventual turbocharging to meet our goal of about 500whp with excellent driveability.  Modern brakes and sticky rubber are also in the long term plans for Project NSX.

Every good project needs a strong base and our NSX is no exception. The NSX transaxle is a weak spot in the modification path.  The six speed transaxle is the weaker of the two and it becomes marginal at about 400 whp.  Thus we were careful to purchase an older model with a 5 speed.  With its wider gears, the 5 speed can withstand about 500 whp before it becomes an iffy proposition. Second and third gear are known weak points as is the ring and pinion. Since our modest power goals hover at this point, we decided that our transaxle warranted some rework to reliably contain this power.

We started off with a brand new gearset from a JDM 5-speed NSX.  We made this choice because the US model has a terrible gear split that greatly hurts the cars performance in the quarter mile and on a road course as well.  Below we list the differences in the ratios between the two.

As you can see, the JDM gearset will make a large difference, keeping the engine in its powerband better especially when you consider that the stock Vtec engagement point is 6100 rpm.  The engine will stay on the high rpm cam lobes more.  It has been documented that the JDM gears make for a 0.2-0.3 second difference in the quarter mile alone!

To understand what some of our work is all about you might want to refer to our article on “how to build a bulletproof transmission”.  You might also want to read up on the WPC Process here.