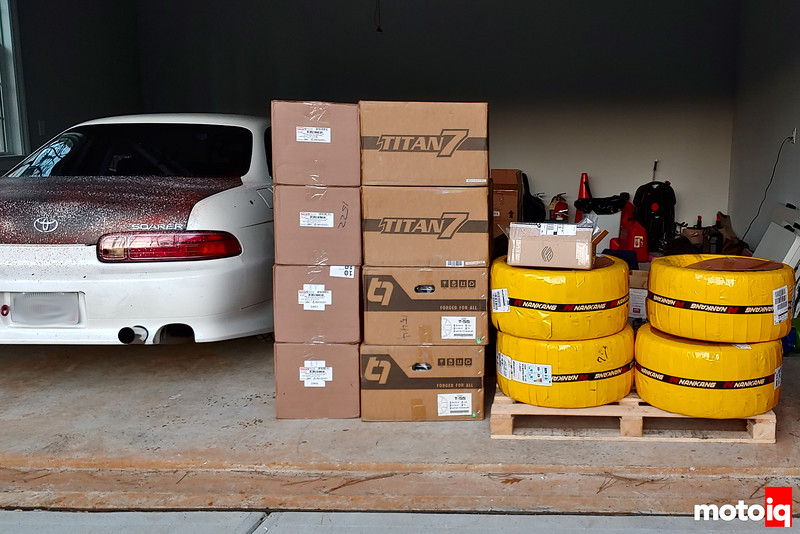 When we last left Project SC300 things had gone totally sideways and now the entire suspension of the car was all apart. With a box of Toyota/Lexus OEM replacement components to rebuild the hubs and knuckles, and my axles, I headed over to CV Source Inc. on the other side of town to get everything rebuilt and freshened up.

In their heyday they occupied two extremely large buildings covering tens of thousands of square feet and ran three 8-hour shifts a day taking care of CVs and axles. Over time, cheap imports from China have eaten up most of the rebuilding business, and now CV Source occupies only a small facility in an industrial park. But the knowledge they’ve accumulated over the decades is immense, and the racks upon racks of spare parts mean that there’s pretty much nothing they can’t rebuild.

And rebuild my axles, hubs and knuckles they would. Sure I had some cheap options from the auto parts stores, but most of the Chinese-manufactured replacement axles are cheap because they are inferior. They use smaller balls in the CVs, thinner or cheaper metals, and scrimp and sacrifice in various places to get those cheap prices. Toyota designed these components to survive for the long haul, so rebuilding would be preferable to replacement.

They spent quite a bit of time with the parts washer cleaning all of the old CV grease off of all of the components and letting things soak as needed.

Here you can see the staked nut that goes on the back-side of the front knuckle to retain the hub in the bearing. While it’s possible to get away with re-using the nut, it’s only a few bucks, so make sure to order a new one.

They had gotten some surface oxidation and, overall, needed a good cleanup. A proper die made quick work of it.