Last week I flew to Austin Texas to support Evasive Motorsports in their efforts to turn a fast lap at Super Lap Battle at the Circuit of the Americas or COTA.  COTA is one of America’s premier race tracks, currently being one of two tracks built to FIA’s grade1 spec which F1 cars are allowed on.  Evasive was doing an exhibition run for Eneos Oil and the goal was to be the fastest electric car at the event and to get a lot of testing done for this year’s Pikes Peak hill climb. 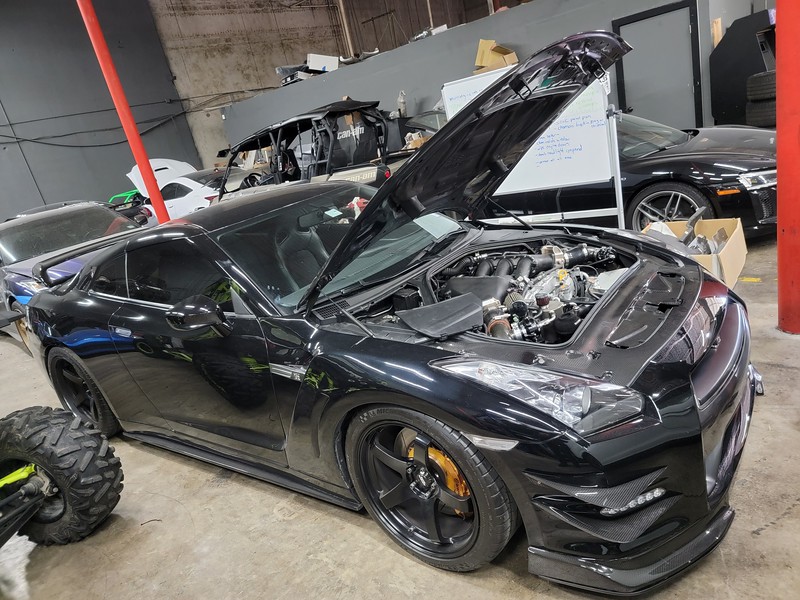 I flew in the day before the event to visit some of my local friends and went to go see Boost Logic.  Boost Logic is supplying a lot of the parts for Project R35 GT-R and I dropped in to take a quick look at their facilities.  The first thing I noticed was this GT-R as it looked very familiar. It was the same car I had worked on with SP Engineering, Greddy, and KW Suspension that we broke the record for the fastest street-driven R35 GT-R, a record we had held for just a few hours before AMS took it back.  It held the record the for fastest DOT tire 60-foot time for a long time though. Well, here the car was with a different owner many years later! 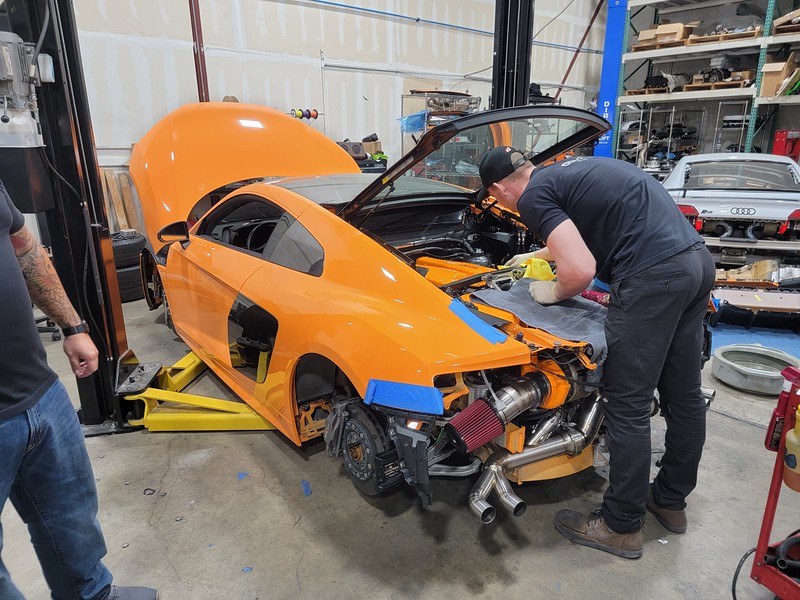 I am pretty familiar with Boost Logic’s GT-R stuff and you will be seeing it in future articles so I spent my time drooling over their Audi R8 stuff.   Here is a 2000 hp customer R8 that they were buttoning up while I was there.

Custom intake manifolds plenums with water to air intercoolers are custom painted to match the car. Everything there looks pretty OEM as far as fit and finish.