For the best part of two decades, there was hardly a more recognizable name in European hill climbing than Georg Plasa. He essentially defined the entire sport on the continent and dedicated his life not just to promote his own programme, but to raise the profile of the sport as a whole.

Georg Plasa lived for hill climb and was someone who never thought just of his own team or of himself as a driver. Much more he stood up for the interests and needs of the hill climb sports community. In addition, Georg was a real pioneer in motorsport and especially for the down-to-earth hill climb racing. Tragically Georg passed away in 2011 in a racing accident.

Klaus Wohlfarth decided to keep Georg’s old 320 as a motorsports memory and to rebuild it so that his memory would not fade away after his death. He was worried that someone would use Georg’s former BMW 320 Judd V8 only as a parts donor. A full restoration was concluded in the months leading up to Goodwood Festival of Speed 2018. KW’s engineering department moved earth in order for the project to be completed in time, with many individuals gladly donating their evenings and weekends to the project, and the team’s own apprentices pulling double shifts in their own free time.

In the UK, the BMW caused a surprise. With a time of 46.43 seconds, the old three-wheeler BMW was the fastest vehicle with a conventional internal combustion engine and had only the electric racing car Volkswagen I.D. R Pikes Peak (43.86 seconds) and the electric sports car NIO EP9 (44.32 seconds) beat its time in the “Shootout Final”. 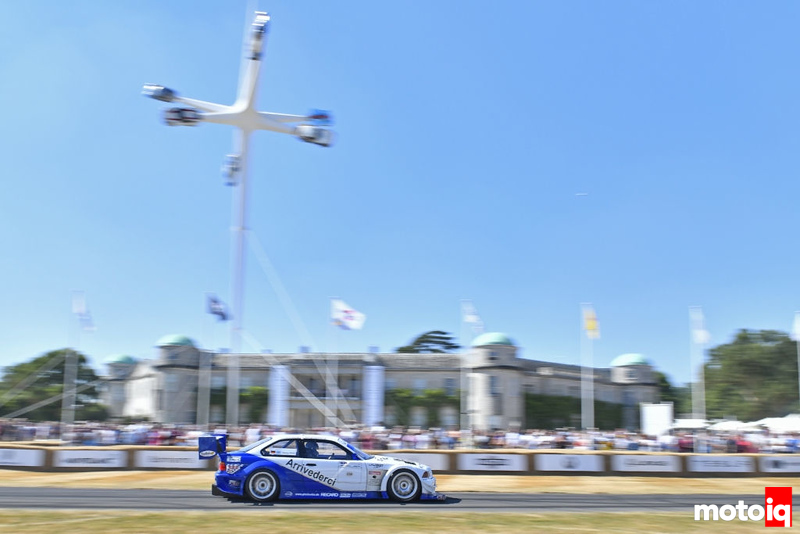 Update: The Team America BNR32 Is On Its Wheels Again!