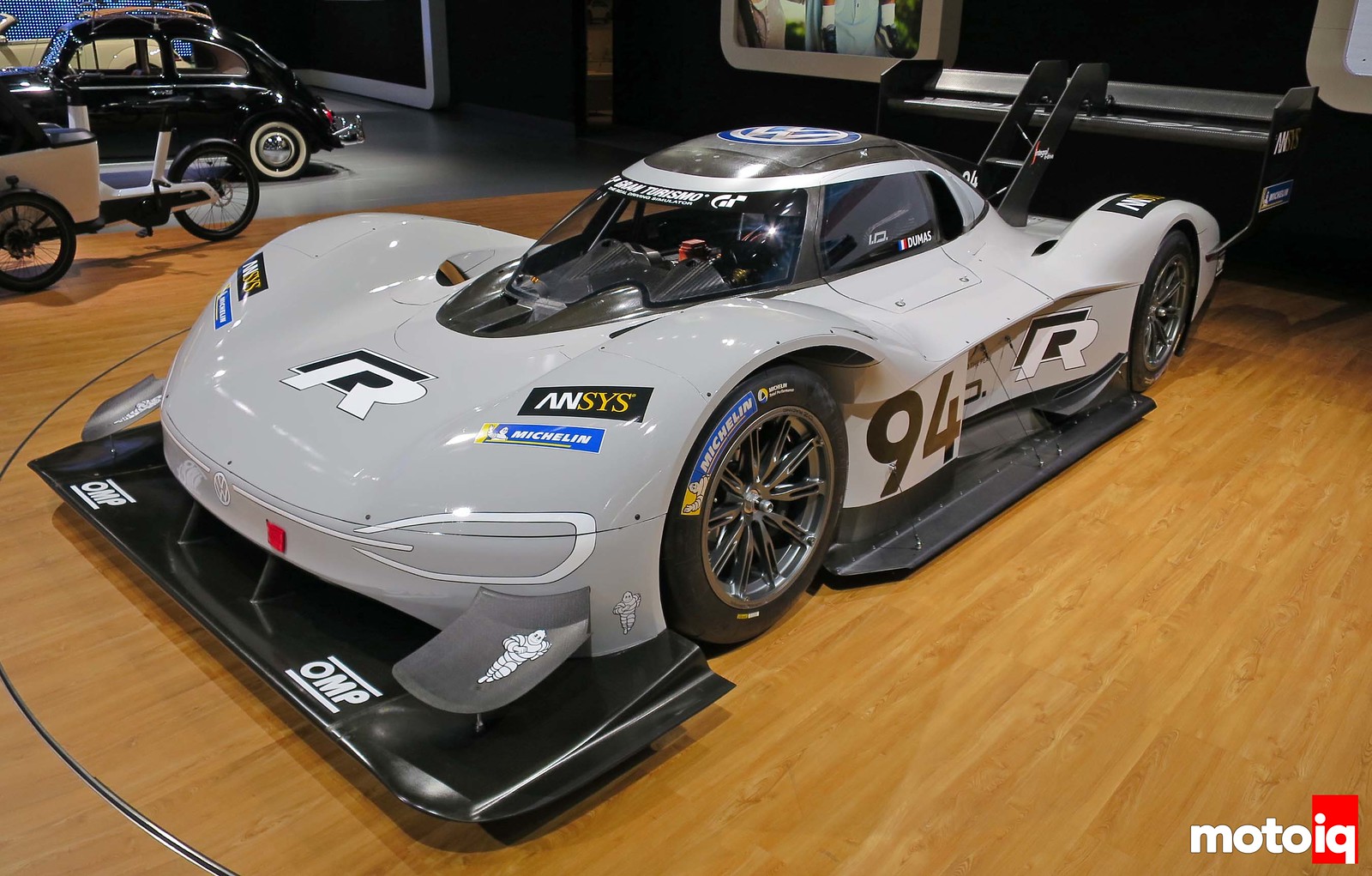 In this story, I am going to be looking at some of the latest technology behind the latest powerplants on display at the 2018 LA Autoshow be it internal combustion engines or electric motors.

After Diesel Gate, VW has been dumping billions into EVs to make up for its bad behavior. I get the feeling diesel passenger cars are not long for this world. Trucks are a completely different story of course, but even those are getting some big torque EV competition. That leaves turbocharged gasoline engines carrying the torch for internal combustion engines for those looking for big torque and power. That said, VW brought its Pikes Peak record-setting EV called the I.D. R to show off.

The I.D. R was built on an extremely compressed timeline so I believe the aero was developed almost completely in CFD with minimal wind tunnel development. Sorry about the picture being out of focus, but I never quite know what I’m going to get shoving my camera underneath cars with no lighting. There’s some underbody finned plank thing going on here. I would guess it is some sort of planked keel to get more area for pressure recovery to manage airflow in the area of the wheelwells. 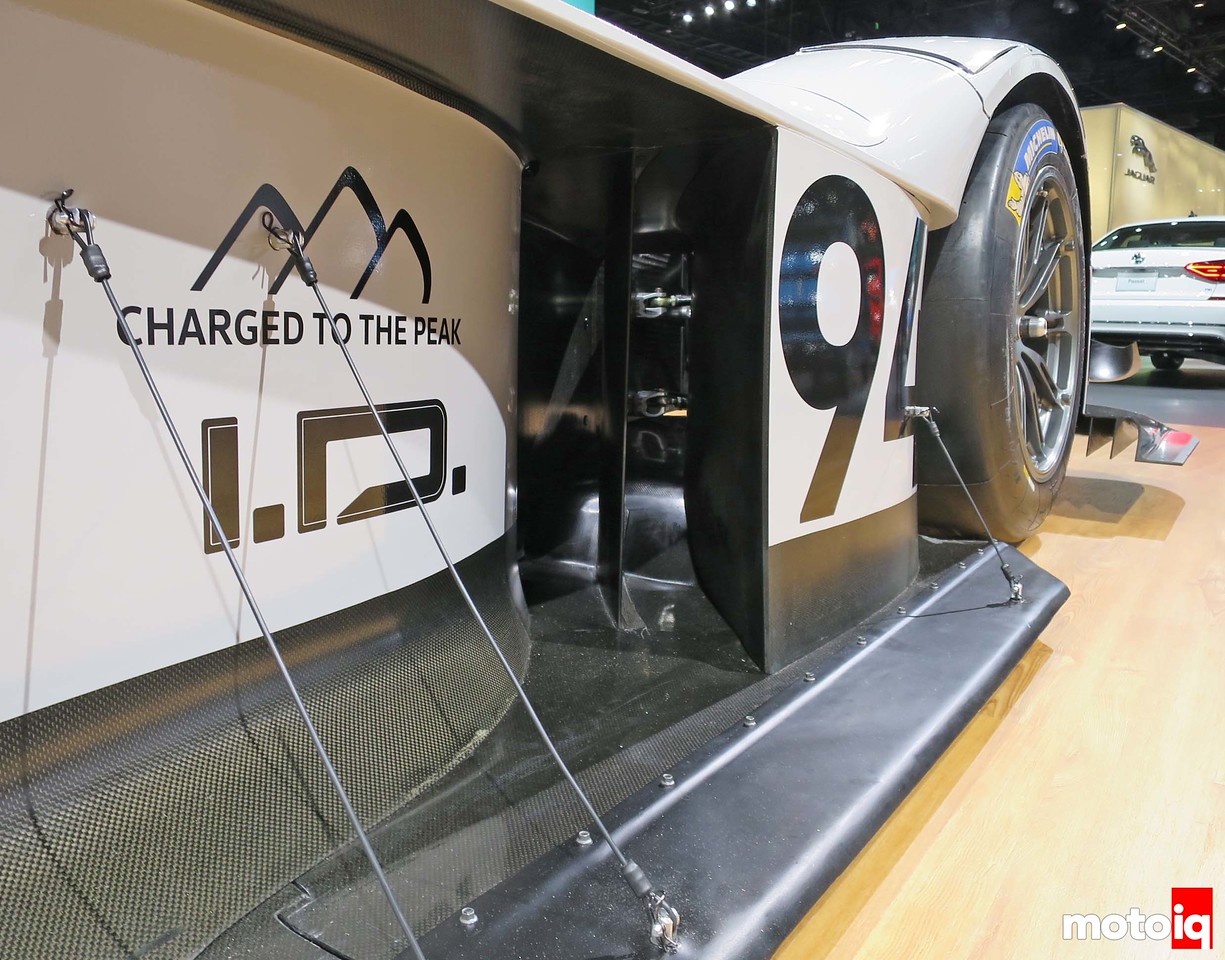 I think that underbody plank helps channel some air into the side channels of the body. The tunnel is pretty wide, so a guide vane is placed in the middle. I’m guessing the side skirts are covered in the protective rubber layer to prevent damage from any rocks on Pikes Peak. 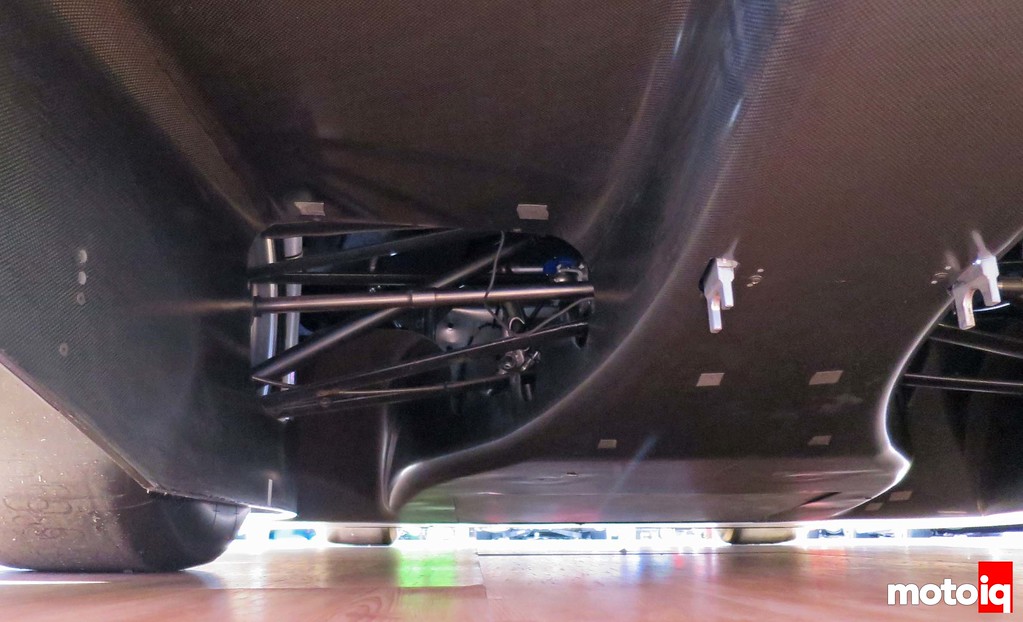 Looking from the rear of the car, I can’t figure out what that hump is in front of the rear suspension control arms. The rear axle is pretty dinky looking, but the two motors (one front, one rear) put out a combined 680hp, so it’s not really that much load. Those two U-shaped aluminum looking things sticking out are likely jack points. I’m slightly surprised the leading and trailing edges aren’t tapered for lower drag. But I suppose the frontal area is so small as to be insignificant.

Even though it’s cold up on the mountain, the driver still needs some natural air conditioning. Not too much though it seems with the right-side hole being taped off.