The turbine housing is integrated with the exhaust manifolds. I don’t envy the job the casting guys had to do! I believe that cut tube going into the top of the engine block is one of the turbo oil drains. 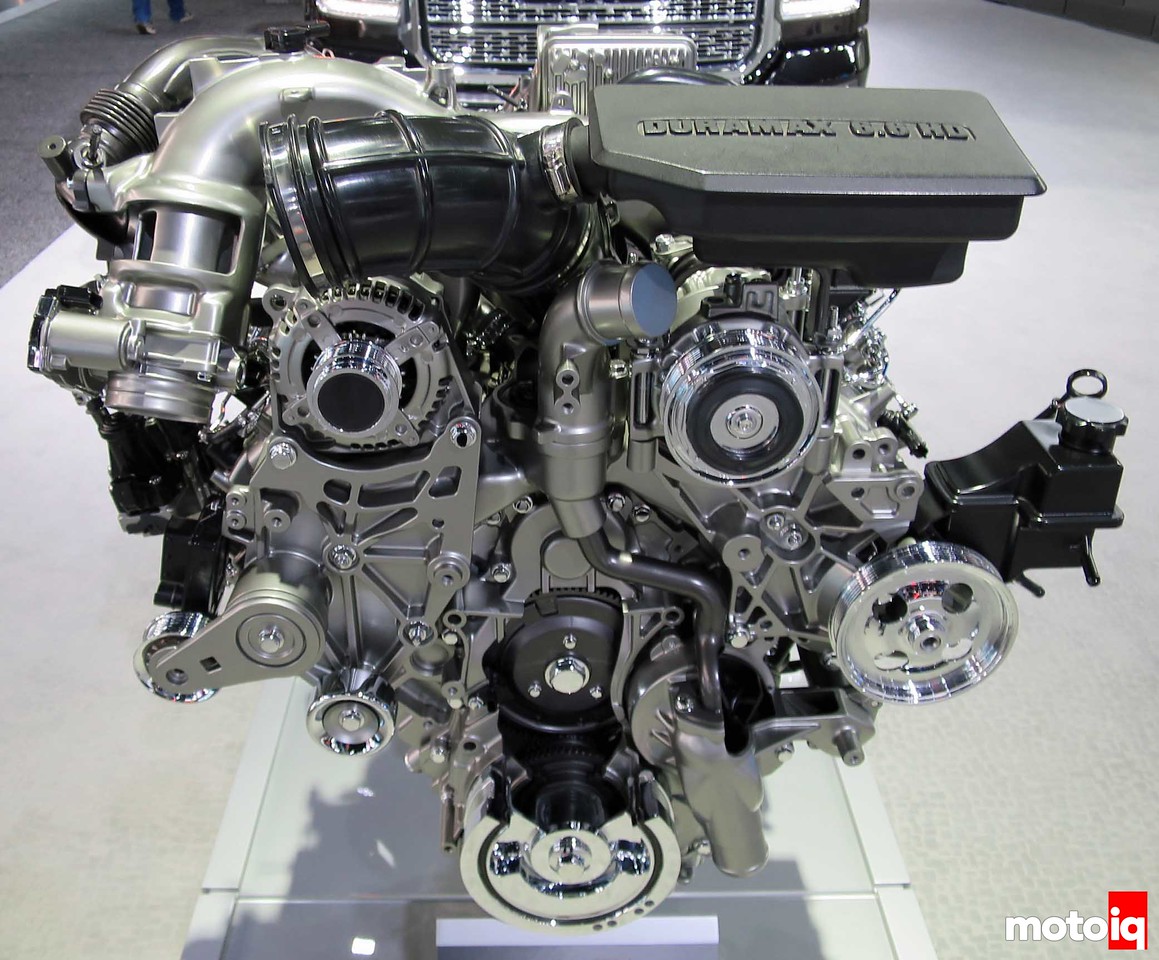 Diesels aren’t going anywhere in the truck market. The new 6.6L Duramax puts out 910 lb-ft of torque at 1600 rpm! The resonator box attached to the turbo inlet tube makes a handy spot to put the engine label.

To make a modern diesel emission compliant requires a lot of hardware. There are all kinds of stuff going on here with the EGR cooler and multiple valves redirecting the exhaust flow every which way. Exhaust gas is hot of course, so bellows joints are used in the various pipes to allow for thermal expansion and contraction. GM appears to have crammed this engine back in the engine bay too looking at the tight 90-degree turn the exhaust gas makes out of the turbo. The exhaust tube is a nice double-walled stainless steel to keep the heat in.

I happened to be walking by while this guy was demonstrating the rear gate with a built-in step and grab handle. Hopefully, GM made the gate hard to steal because it looks really expensive. Oh, the corners of the rear bumpers have built-in steps too. 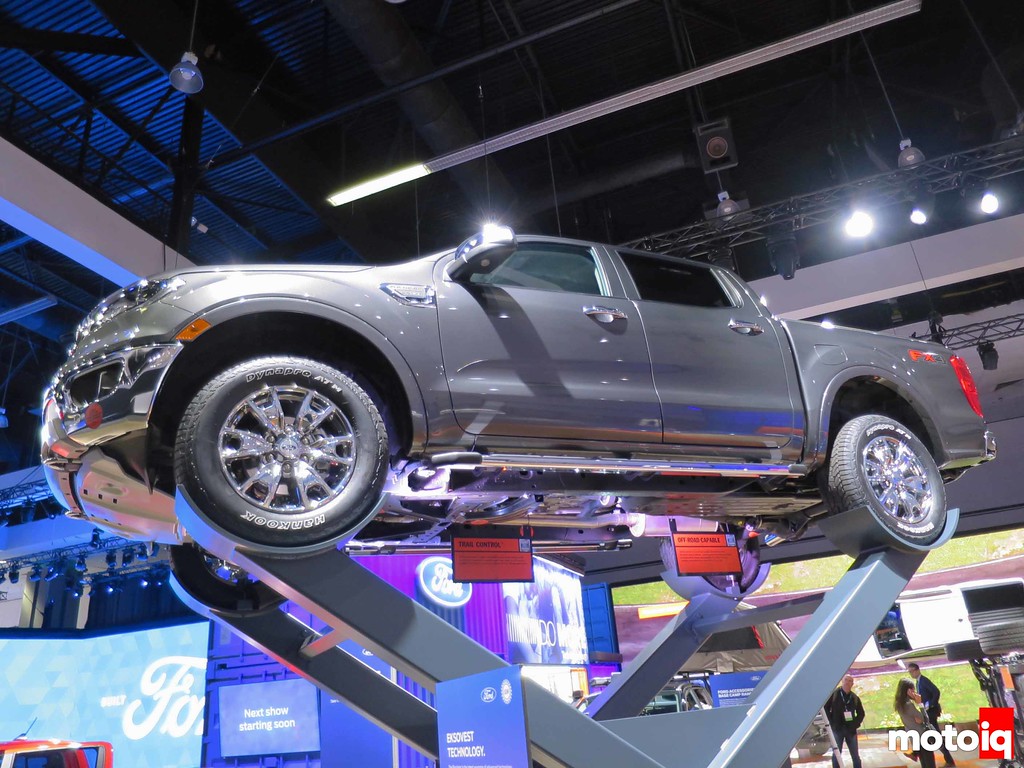 This is the new Ford Ranger which looks to be the size of the F150 back in 2000. The mid-90s Ranger was much smaller.