Unfortunately, looking at EVs isn’t quite as interesting as internal combustion engines. Here are two electric motors which basically looks like every other electric motor. It’s a cylinder with big wires coming out of it. Attached on top of the motors are the inverters I believe. Again, inverters all basically look alike being rectangular boxes with big electrical wires and coolant lines. 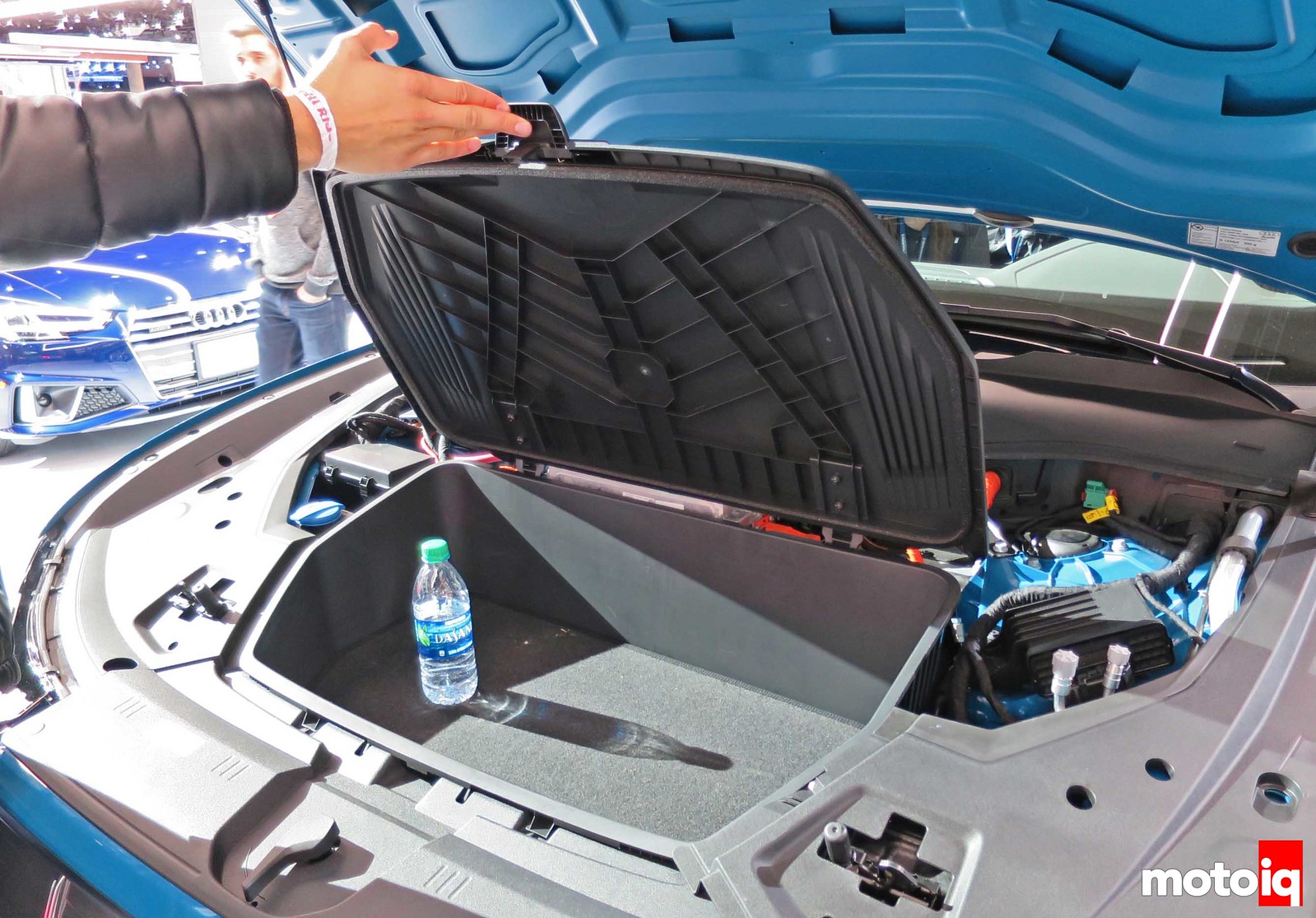 Typically, the front motors, inverters, and things don’t take up as much space as your typical internal combustion engine, so there’s space for a frunk. This one looks to fit an 18-pack of beer cans. Bottles might be a tough fit. Though, you probably don’t want to store anything here that you don’t want getting warm (warm air coming off the front heat exchangers, A/C, etc), so beer in the frunk is probably a bad idea. I guess for the socialite types, a couple changes of clothes could go here. You know, in case you show up to a fancy event and someone has on the same outfit.

Back to the more traditional is the badass Audi RS3.