This is the fuel tank on the F-150. Get used to seeing nylon fuel lines everywhere.

A heat shield protects the spare tire from damage from the heat coming off the exhaust. Once upon a time, maybe a spare tire popped or the rubber just degraded from the heat. 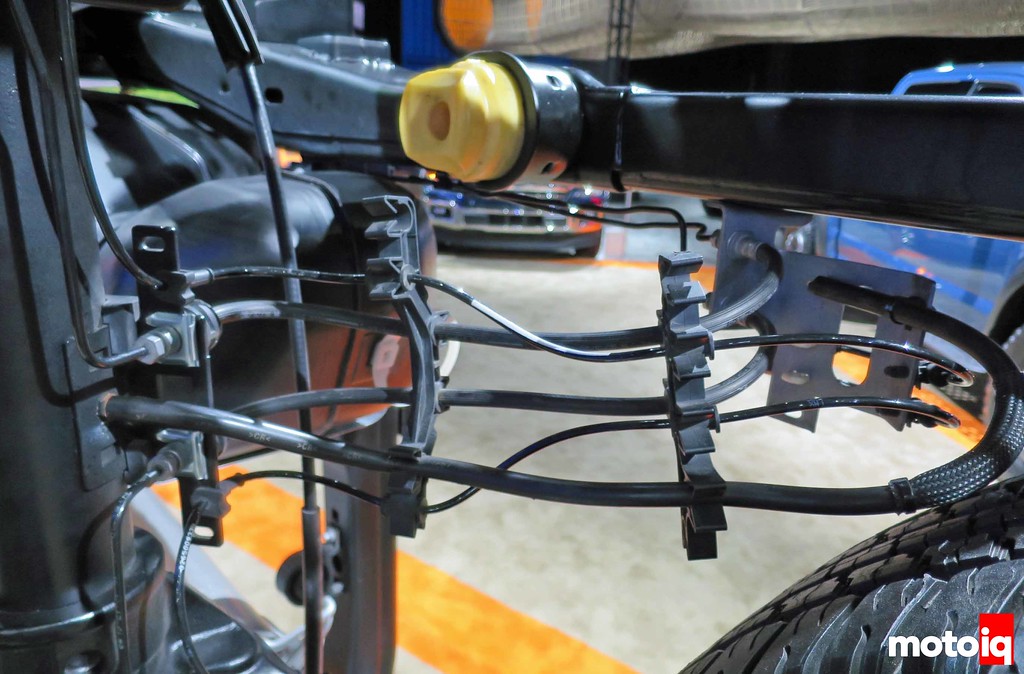 A couple of plastic loom separators help clean up the spaghetti of fluid and electrical lines around the rear axle.

Rivian is the new big name in the EV revolution. They made a smart play and are attacking the truck market where there is minimal competition. While Audi, Jag, Porsche, etc have to battle Tesla, Rivian basically has the big truck market to themselves at this point. Ford did just announced they are making an EV F150, but who knows how far along they are. I seem to recall Tesla is launching a truck at some point, but there’s also the semi-truck and roadster they have launch first. So Rivian could be the first to market with a truck at reasonable volumes. On the same truck platform is this SUV design.