Compressor maps have been around for quite some time but turbine maps are also becoming integral when choosing a turbo. Both are very beneficial when matching to your engine and power goals. Compressor maps show a compressor’s efficiency as an expression of boost. It also shows the surge limit and potential boost. The x-axis refers to the corrected air flow in pounds per minute. The y-axis is the pressure ratio. The two-dimensional graph has a number of oval shaped rings called efficiency islands. They show the compressor’s efficiency for any point on the map. 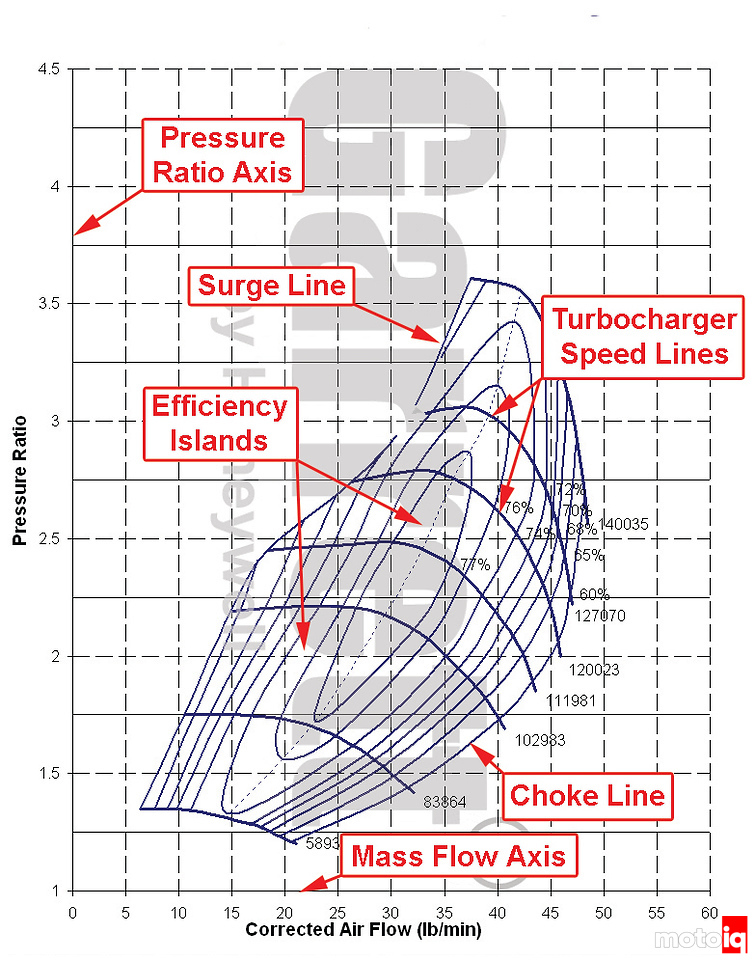 This compressor map gives an idea of what the surge line and efficiency islands are.

Surge happens.  The line bordering the left most compressor island is the surge limit.  When the output of the compressor is greater than what the engine is capable of taking in, surge occurs. This is where air will back up in the intact tract and compressor, causing power loss, flutter, a funky chirping sound, and fluctuating boost levels.  It can also damage your compressor blades and thrust bearings due to heavy thrust loading.

This is a comparison of three Garrett turbos for mid range performance. This shows the much higher surge margin (wider map) on the GTX wheel, as well as higher pressure ratio and more flow.

Surge is usually a sign of one of two things; the first is letting off the throttle too quickly. The turbo will continue to spin and create boost but the air flow is virtually eliminated. This type of surge can be avoided by using a blow off valve or bypass valve.  Too large a compressor can also cause surge under load.  A ported shroud compressor allows air to exit the compressor wheel through a slot just past the compressor’s inducer to prevent surge, creating a wider surge margin.  A ported shroud has a slightly negative impact on compressor efficiency but allows you to use a larger compressor for increased flow, making it less likely to experience surge especially when lugging the engine. 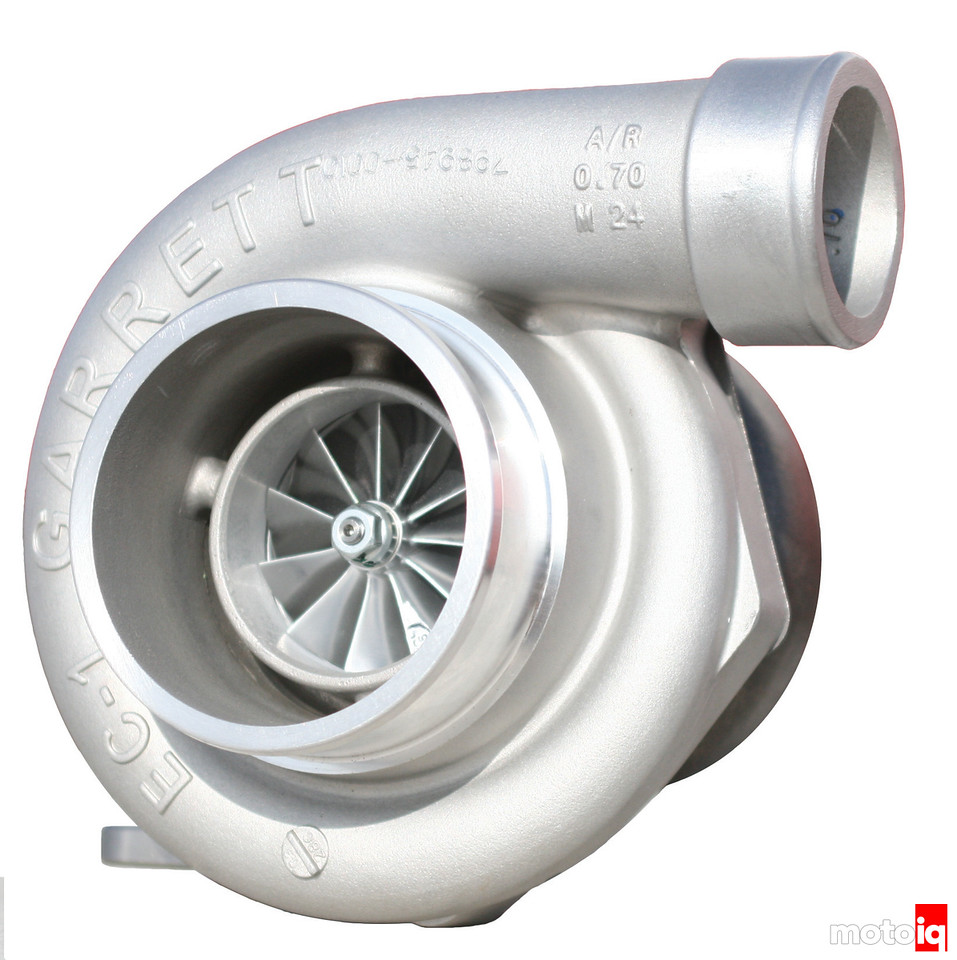 The slot that diverts air to prevent surge is visible just past the blade tips in this Garrett ported shroud housing.