The 2011 Formula D pre season is heating up and we are getting in a bunch of last minute coverage on some of the new builds that we can get access to. Last week we showed you an early look at Dai Yoshihara's Team Falken/ Discount Tire car coming together at SPD Metal Works.  Now let us take you on a technical tour of the completed car as we caught up to it at Falken's pre season testing at Willow Springs Balcony.

For an earlier view of Dai's car under construction check here!

Dai's car is an evolution of the Chevy LS powered S13 chassis that he has been campaigning since mid season 2009.  The car keeps on becoming more and more refined.  Lets look at the car as it has evolved for this year. 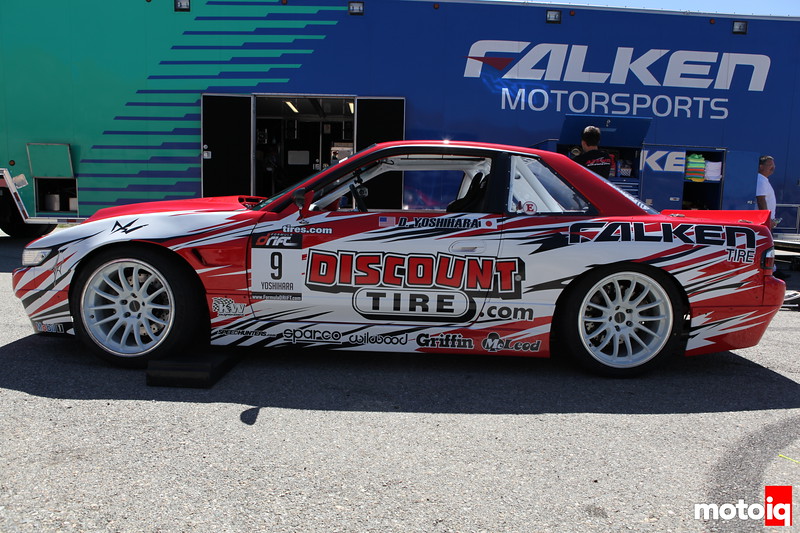