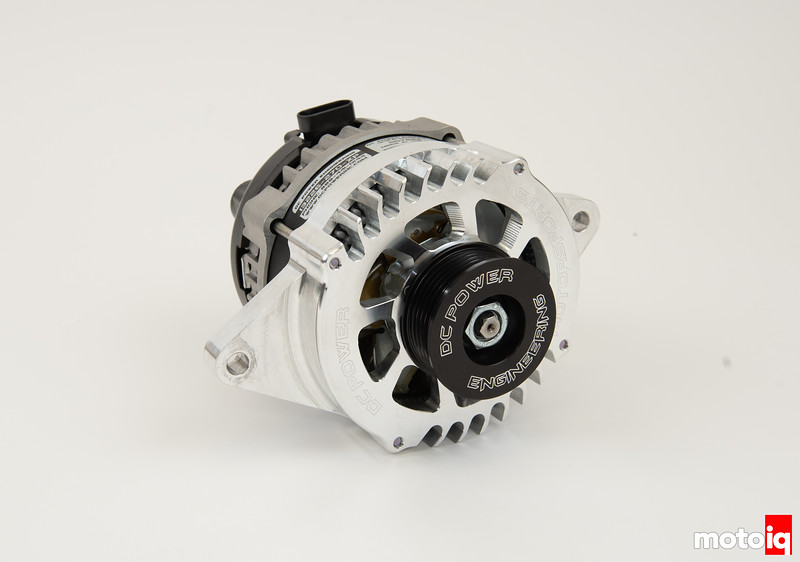 Power demands on modified cars, particularly race cars have been going up and up in the past few years.  More power means more electrical demand from stuff like bigger fans and high-powered ignition systems. Things like flex-fuel systems mean much bigger fuel pumps are required than in years past.  Adding accessories like water/meth injection also greatly increase power demand.  On race cars, you also have things like electric water pumps, cooler pumps, multiple big fuel pumps, and electric power steering.  On top of this is the trend for smaller and lighter batteries with no consideration for a bigger power demand which gives very little reserve.  The charging system has to work harder and is more prone to failure.  Without much power headspace, weird things happen like mystery intermittent misfiring and driveability issues, and lean conditions.   Other weird things happen as well that are hard to diagnose. We have found that time and time again, these issues on well-prepared cars end up being not having a powerful enough electrical system

A trend over the last few years is to put smaller and smaller batteries into race cars in an attempt to save weight.  Now going to a lightweight battery can save 40-50 lbs from a car, don’t be tempted to go too small.  In fact for a race car, you should actually get a battery with at least the same capacity as your stock battery.  An example of a great lightweight battery with tons of power is the Antigravity group 35/Q85 battery.  The Antigravity battery has a whooping 1500 cranking amps compared to a typical 850 for a conventional battery of this size.  This also has a capacity of 40 amp hours which is easy 2x what your typical lightweight battery has.  The 35/Q85 battery weighs 16.5 lbs compared to about 42-50 lbs of a conventional battery so it is still a generous weight saving even with plenty of power.  This battery should have enough capacity to power a racecar with a lot of electrical demand. 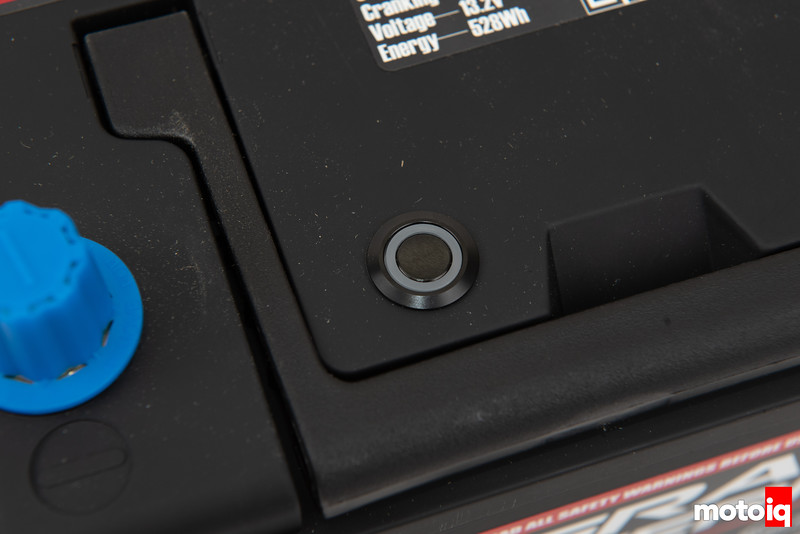 The Antigravity battery features RE-START Technology.  If the battery dies, it is reactivated by pressing the Restart button on top of the battery which gives you enough power to start the engine. The battery also features an intelligent Battery Management System (BMS) that puts the battery to sleep before being completely drained saving enough energy to start your vehicle again and get you out of that emergency.   The RE-START battery BMS prevents the vehicle from draining the battery below 12 volts if the vehicle is not being used. This is good for preventing “dark current” drain issues typical of late-model cars. The BMS circuitry also prevents the vehicle from draining the battery below 8 volts during cranking. The BMS has safety circuitry to prevent over-discharge and over-charging and also has short-circuit protection.  The battery has essential features in a lithium battery such as cell balancing and thermal protection all controlled by the BMS. These features make for a safe battery and extend the battery’s life by keeping the battery in its prime operating zone.  The BMS will not allow conditions that can damage the battery. The BMS is responsible for an Antigravity battery’s long service life which is typically 7-9 years.

Antigravity batteries use Lithium Iron Phosphate chemistry or LiFePO4.  This is a variant of the common Lithium Cobalt Peroxide batteries that is more suitable for automotive use. LiFePO4 chemistry can be recharged more times than most other batteries. LiFePO4 has a very constant discharge voltage, its voltage will stay high and stable until the battery is totally exhausted, it has a higher peak power rating, and can also charge quickly. LiFePO4 batteries have a very high power density and the ability to take multiple charge cycles.

Antigravity RE-START batteries do not self-discharge in storage like lead/acid batteries. This allows for a much longer storage time provided there are no excessive parasitic drains. Antigravity batteries are much more resistant to vibration than Lead/Acid and can be mounted in any orientation due to their cellular or pouch cell construction. With lithium cells, there are no liquids or acids inside to spill or drain out. Lithium batteries do not release flammable hydrogen while charging and will not leak corrosive liquids that are damaging to your body or chassis such as acid.  These are all important attributes for a battery in a high-performance vehicle.

Of course, our awesome battery needs an awesome mount.  We used Mele Design Firms mount that was designed especially for the battery.  The mount is made of a strong and corrosion-resistant 5052 aluminum alloy.  If you have ever tried to bend 6061 aluminum in T6 condition on a press break you know that is sort of hard and the metal tends to crack with hard bends.  5052 is much easier to bend and form into a box with tidy sharp angles.  The mount’s sides are bent and tig welded to the base.   The mount has an attractive crackle texture powdercoat finish.