On Monday morning, Troy gave me call and said, “Hey man. Some Nissan dealerships are blowing out Armadas and Titans for 50% off. You should buy one.” I said, “Why the hell do I want one? Gas is fucking expensive man. You should buy one.” And then I thought about it: my drive to work is 6 minutes even if I hit a couple of red lights. Saya’s (gf) drive is only 15 minutes and only because its a local (red lights suck) drive. Hell, maybe I SHOULD buy one. Superior Nissan in Puente Hills and a two other dealerships in San Diego were doing a 50% off sale for Titans and Armadas. Of course, a car dealership is well….a car dealership so you can never really believe what they say. They are all salesmen after all…

Anyhow, so later that night I met Troy over at Superior Nissan and we checked out their inventory (Troy ended up getting a Titan near San Diego for Ark Design at about 40% off on Wednesday as Superior didn’t have what he wanted). The base Armada was $38k with a decent option package, but it had cloth seats and a base stereo. The decked out Armada was $52k with leather, navigation, Bose stereo, etc. Of course, the dealership has all the bullshit add-ons like $295 “door guards” which are pieces of plastic slipped over the edge of each door, $295 “wheel locks”, and a $995 “upgraded alarm with shock sensor”. Basically thats $1600 of bullshit. They only had two Armada LEs fully optioned so I sat down and had the guys run some numbers. It should be said at this point that while the salesmen were pretty cool, they are just doing their job and being salesmen. He writes down a number which was $38,895. I looked at that and said, “That doesn’t look like 50% off to me.” He goes and talks to the sales manager and comes back with $36,895. I said, “How the fuck does that work? 50% of $52,000 is $26,000.” He comes back with, “Well actually you had to have owned an Armada previously to get the $1500 loyalty incentive.” I said, “OK well in case you didn’t do the math, that would still be $27,500.” My Chinese side started kicking in (Chinese people are cheap as fuck in case you didn’t know) and Troy started getting in the mix so we were like “$29,995 out the door or we’re outta here. Not a penny more.” So the sales manager comes out and gives us the Spiel and he knocks it down to $33,000 out the door. At this point we say, “OK, screw it man. We’re outta here.” And the sales manager goes, “Wait up, hold on a sec.” This happens like another 2 times with some bullshit in between about it being a weekend ad and LEs were not included in the sale. I told him, “Look, you can give me the car tonight for $29,995 out the door or sit on the damn thing for another 3 months. Nobodys coming in to buy a SUV that gets 12mpg and even if somebody wanted one, they’d go and buy an Escalade.” Then they bust out the general manager. They are cool people, but you gotta go through the motions and GRIND. Finally, I got tired of the bullshit at 11pm and said, “Look, let me register it in OC and give me the $350 I save in tax. $31700 out the door or we’re gone for real.” What’s the lesson to be learned here? Car dealerships make too much money so grind the fuck out of them if you can. If I paid sticker plus tax and license, I would be upwards of $58,000. I walked out of there saving approximately $26,300. Is that sick or what? You can be cheap on cars, but don’t be cheap on tuning. No matter which Nissan dealership you go to, you’ll still get a Nissan. Where you go for tuning and mechanical work, cheap is almost never good. So you have to be a cheap ass in the right places. I always pay top dollar for specialized labor of any sort if I know they’re good.

Then I had to deal with the finance guy, but that’s another story of sales pitch after sales pitch after sales pitch. Just say no to the finance guy when tries to sell you all the useless bullshit like the GPS locator, the 5 year paint and interior protection, the gap insurance, etc. I did get the prepaid maintenance for 5 years and with it comes LIFETIME free tires. I figured 275/60/20’s are pretty damn expensive so I got the prepaid maintenance and the 7yr/75000 mile extended warranty. If you don’t use the extended warranty, Nissan gives you a full refund too. Anyhow, go see Glen at Superior and tell him Eric sent you. Don’t forget to grind him though.

5.6 liters of fury to piss off the tree huggers, 317hp/385ft-lbs of torque, tow hitch with a 9,100lb towing capacity, room for 8 covered in leather, bose stereo (it’s alright, not bad), 275/60/20 tires, 4WD, and I even got the whiteboy style billet grille (it was already on the car). All this for $31,700 out the door. I couldn’t pass it up. It drives pretty damn good too. This 5600lb behomoth will still smoke a Honda to 40mph. For you guys overseas, the Armada is like a big ass Patrol that doesn’t smoke like a bitch. This giant is petrol powered.

I’m eyeing the Stillen long tube headers and their B-pipes. 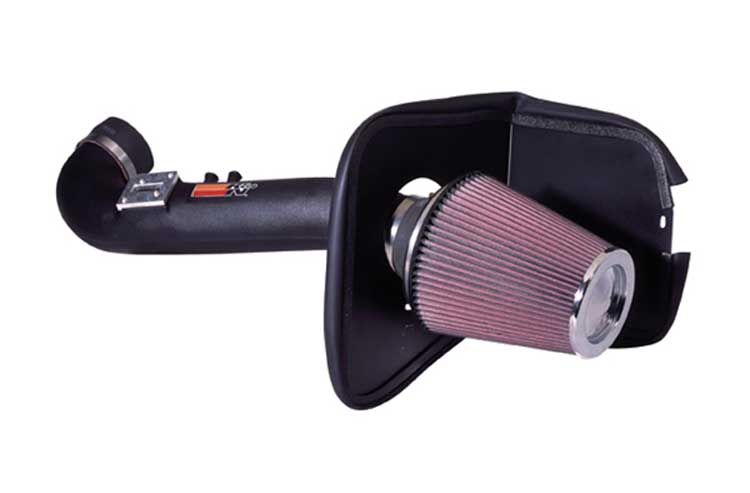 I have to give my buddy James a call at K&N for a cold air intake too.

If you got a V8, you have to let the monster breathe. I’ll be giving Magnaflow a call too for their single tip exhaust. No need for the dual tips. I don’t live on a farm or fly the confederate flag.

After all the mods, I might see if I can make it out to Texas to see if they guys at Uprev can flash the ECU for a custom tune. Or maybe Tadashi at Technosquare/Techtom has got the 2008 Armada ECU figured out. Then I’m going to drive the Armada into the ground and sell it in 6 years just before the extended warranty is up.Check back for dynos soon.