It’s been a long journey, but the most important piece of the Project S2000 AP2 turbo build is finally here. The original plan was to 3d print from Inconel 625 with a thin-wall design. At high temperatures where exhaust manifolds operate on turbocharged cars, 900degC plus, Inconel is twice as strong as stainless steel; so, you can go much thinner on the wall and save weight.

After discussing with a supplier, the cost of doing our design by 3d printing straight from Inconel would have been too cost prohibitive. The design required a ton of support material which drove up the cost of post processing the removal of the support material. Therefore, I changed the design to be investment cast. I also decided to change the material from Inconel 625 to 347SS. 347SS has better creep and stress rupture properties than typical 304L at higher temperatures. Just in case I messed something up with the design, 347SS is easier to modify and rework than Inconel.

The other part of getting a part made is to find someone to actually make it. Out of four suppliers, two were too busy. It takes as much engineering resources to make one part as it takes to make a million, so finding someone to take on a one-off project like this wasn’t easy. Out of the remaining two suppliers, one quoted three times higher than the other. You can probably guess which one I chose. Invest Cast Inc. based out of Minnesota took on the job. For a part like this, suppliers require models of the casting and the final machined geometry along with drawings for both.

I changed up the design a bit after the initial test fit of the first design, shifting the turbine inlet flange to be in the middle of the cylinders as opposed to offset towards cylinder #3. With the material change to 347SS, I changed the runner wall thickness to 4.5mm nominal thickness. For reference, Schedule 40 pipe in the 1.5” to 2” size is around 0.14-0.15” wall thickness, or about 3.5-3.8mm.

I designed the two v-band flanges to match the Garrett G25-660 turbine inlet flange and the Turbosmart Comp Gate 40 wastegate flange. Weld joints create a Heat Affected Zone (HAZ) which can create weakness in the material. With the v-band flanges machined straight from the casting, just like turbine housings, there’s no welding to create weakness. 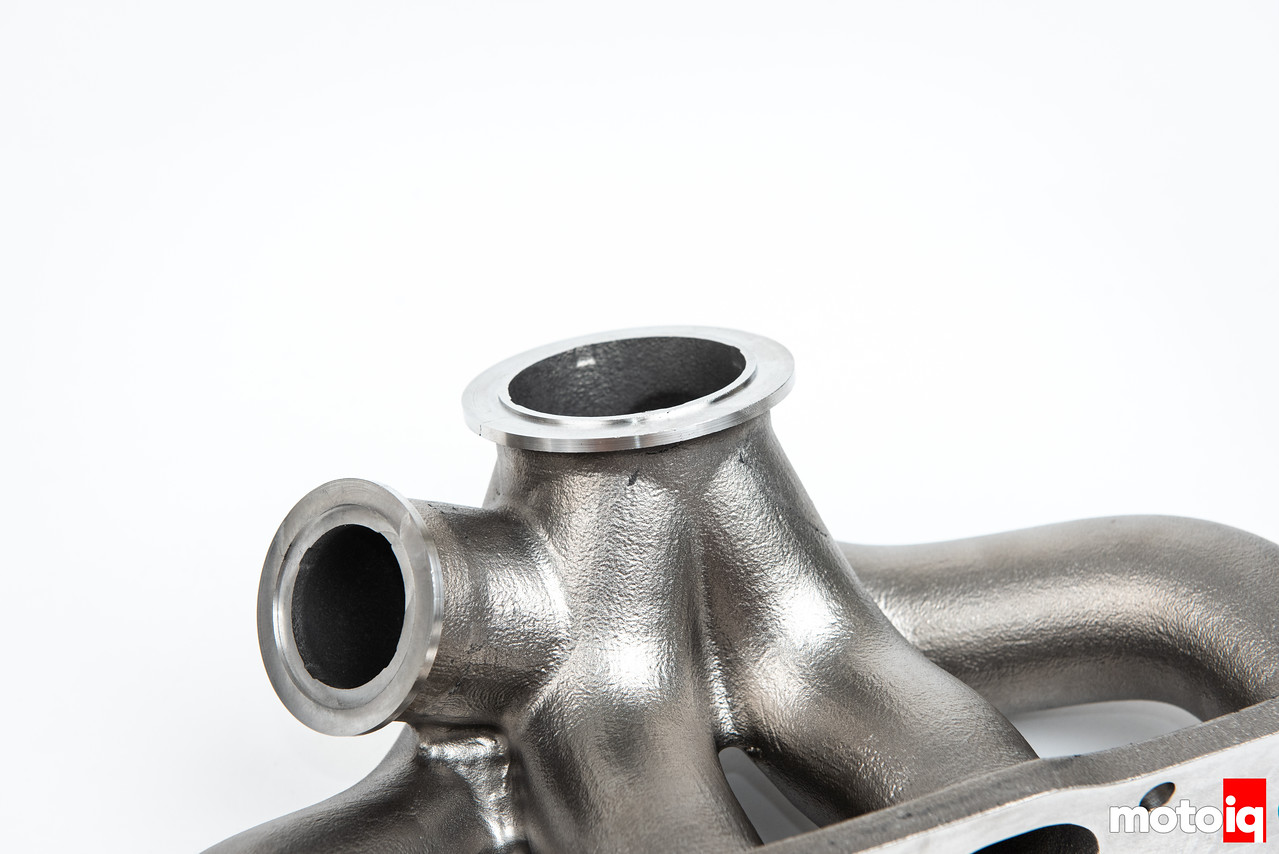 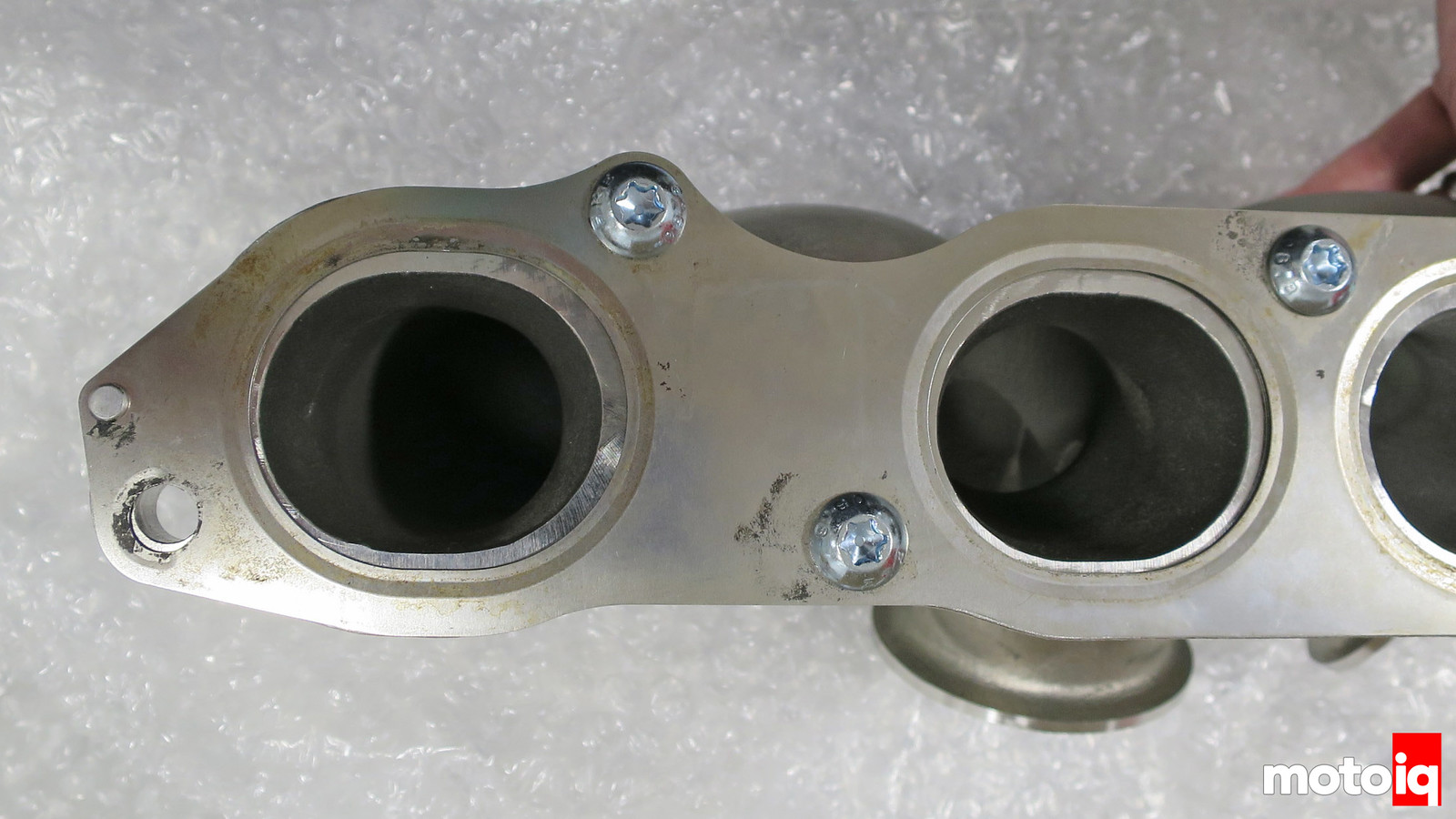 There are a couple reasons why the ports are off relative to the bolt holes. First, when you start machining a part, you have to pick a starting point and also decide what the Key Control Characteristics (KCC) of the part are. I decided the turbine inlet flange was the KCC because it locates the turbo relative to the engine. Plus, I wanted the turbo turbine inlet placed precisely with the outlet of the manifold. So, the turbine inlet flange was machined first relative to the cast port of the manifold. Then the head flange was machined and the bolt holes to accurately locate the turbine inlet flange to the engine head. A quick note on the holes in the flange for mounting to the head. A couple are tighter 8.65mm diameter to more accurately locate the manifold while the rest of the holes are larger 9.15mm diameter to allow for tolerance stack-up.