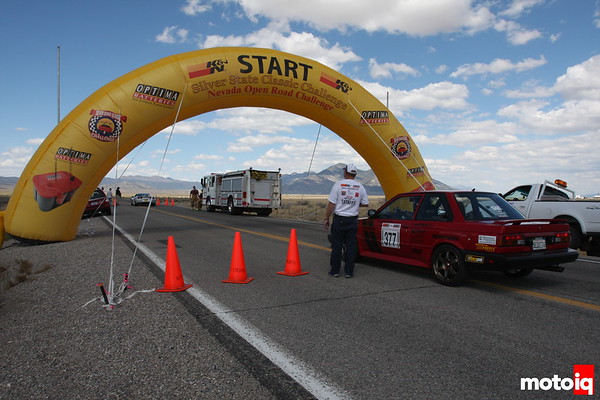 Chuck pulled the Sentra up to the line and launched hard or at least it sounded hard, actually the experimental clutch didn’t work and slipped, despite having to feather the throttle, the car reached 113.8 mph, and pulled 1.05 G’s of deceleration during its run.  The mph overshoot resulted because of lag in the GPS system, when the GPS indicated 100 mph, the car was actually going much faster.  Because of the slipping clutch and GPS lag it took 20.5 seconds to go from zero to 100 mph back to zero, good for 5th place.  On subsequent runs the car did worse and worse as the clutch slippage increased causing aborted runs.  Despite this problem the little Sentra that could still finished 5th.  In the acceleration results, surprisingly the Sentra had the most area under the curve and finished first!  Imagine what it could have done had the clutch not slipped. 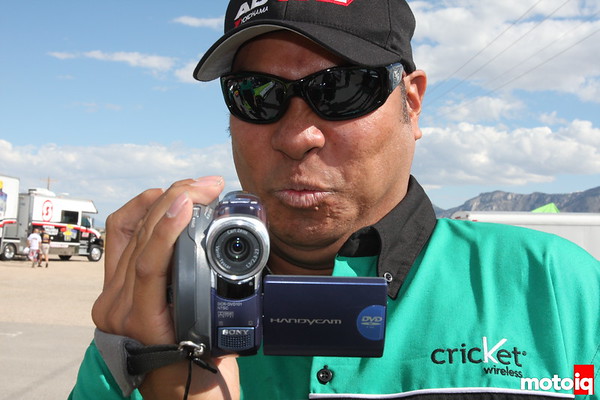 To make things worse Chuck had gotten pulled over by the Nevada State police and ticketed for driving a race car on the highway when he accidentally wandered off the return road.  The Ely City police allow race cars on the streets during the event but the State police were ready and waiting to spring on any unsuspecting race cars that left city limits.   Thank you very much for that state of Nevada.

The half mile shootout is a flying half mile run to top speed.  Chuck launched the car again and once again the clutch slipped causing him to abort the run.  With 3 more runs left, I advised him to get some heat in the metal disc by creeping the clutch on the line.  On the next run this worked and the clutch gripped better, although the clutch still slipped the little Sentra hit 130 mph in the half mile.  We felt that the car had 150 mph in it as it had accelerated like this on the Salt at Bonneville.  On the next two runs the clutch gripped a little better and the car hit 133 and 134 mph, good enough for 6th place, beating many superior cars many times the price and pedigree of the little old Nissan.  If it was not for the clutch issues the results would have been much better.