Since we wanted the car to make it to the actual race, we opted not to run the flying mile although the car easily has done 160 mph at the salt flats and could probably go faster here on the pavement., this would have been third place against a whole pack of exotic high dollar cars. 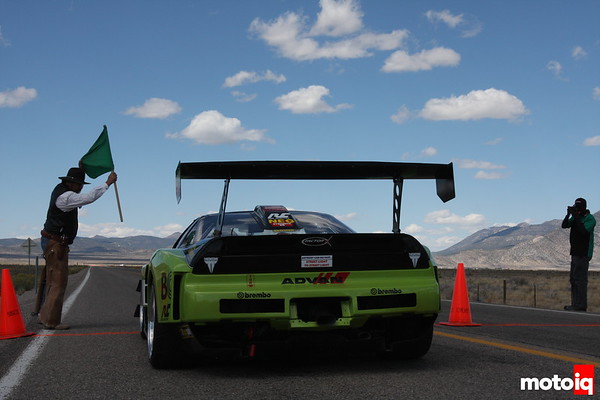 Bypassing that event, the Dog and Pony show resumed with a mandatory parade through town.  Interestingly a large percent of Ely’s population showed up and lined the main street to see the cars driving though town.  For those of us with race cars, it was a weird feeling to drive so far on the street! 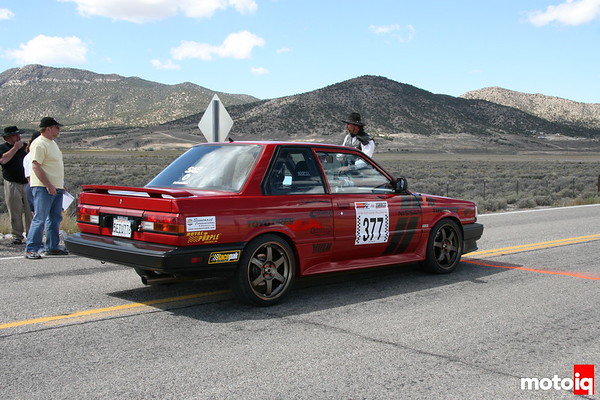 After the parade we had to attend a welcome presentation at the Ely Convention center where it seemed like half the town showed up to feed us a large BBQ dinner.  The hospitality and charm of Ely was great and made the running around of the dog and pony show more bearable.   I had to attend a media meeting, Chuck and Annie had to attend a drivers meeting and Annie had to go to a navigators meeting.  After all of this we returned to our hotel to collapse in bed, we had to wake up at 3:00 am to stage up for the start and for me to drive to the finish line.

How did the Sentra do?  Stay Tuned, we run the Silver State 100 in the next edition!

Thanks to Chuck’s sponsors and those who worked overtime to make this trip possible.