The Car Lovers Guide To Japan, JDM Treasure Hunting at Up Garage! 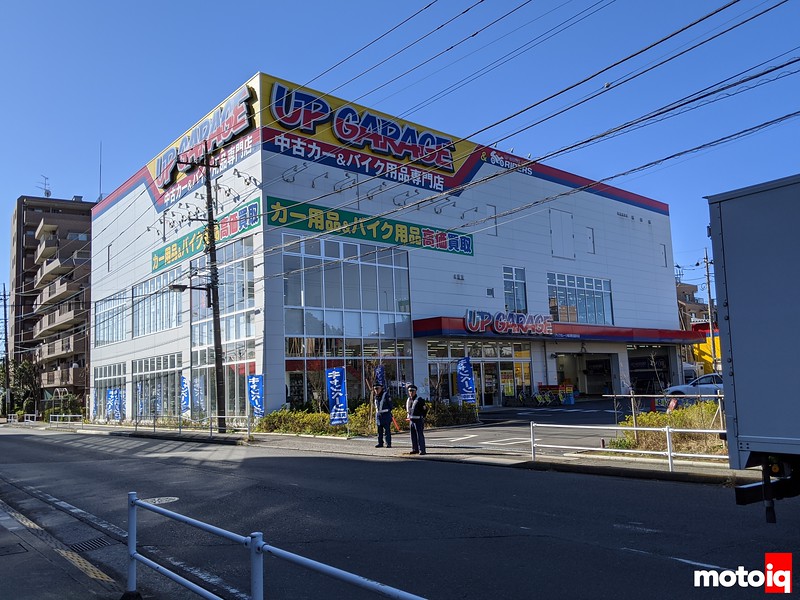 While we were in Yokohama, we decided to visit Up Garage’s main store. Up Garage is Japan’s largest retailer of used car and bike parts and has several stores in Japan.  They also have a well-organized web store and ship parts throughout the world.  You can also put your own parts on consignment on Up Garage’s web site or in one of there stores.

Now back in the day, when in Japan, I used to browse at any Up Garage store for hours and would have a great time searching for treasures, but this time the pickings seemed a bit slim compared to what I remembered last.  I think there are a few reasons for this.  One, Japanese automakers don’t make as many cool cars as they used to and the parts for our beloved 90’s Japanese cars are drying up. Two, young people in Japan are not as into cars as they used to be. Three, the birthrate in Japan has been dropping quickly and there aren’t as many young people anymore. Four, Japan’s economy has not recovered from the economic bubble bursting in the ’90s so people don’t have the disposable income to be into cars like they used it. Five, Up Garage has great web sales and all the good parts get snapped up online before they make it to the stores.  Six, a lot of the good parts had been pulled to be sold at Up Garage’s huge booth at Tokyo Auto Salon.

Despite this, an Up Garabge store still had good stuff to be found and its still fun to go shopping here. It’s like a giant JDM parts grab bag. 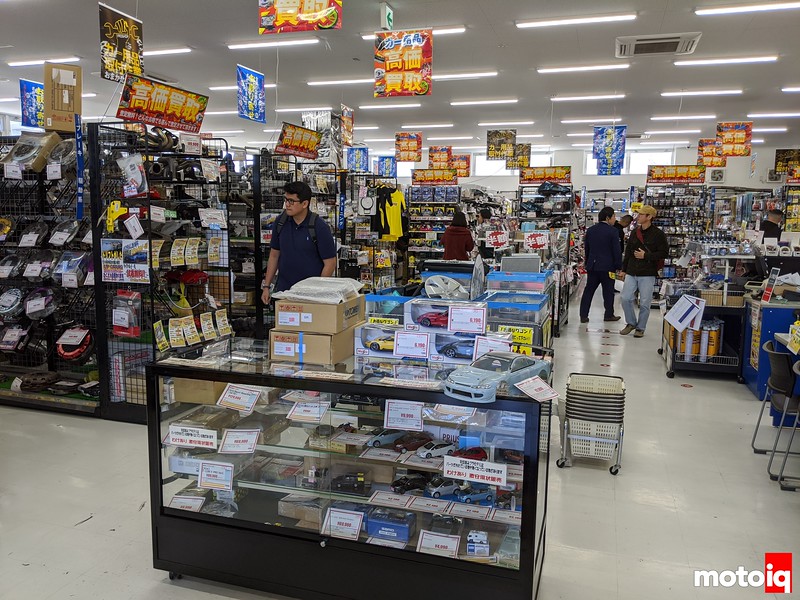 Walking through the door, you go into the clean, well organized and brightly lit showroom with racks upon racks of JDM treasure. 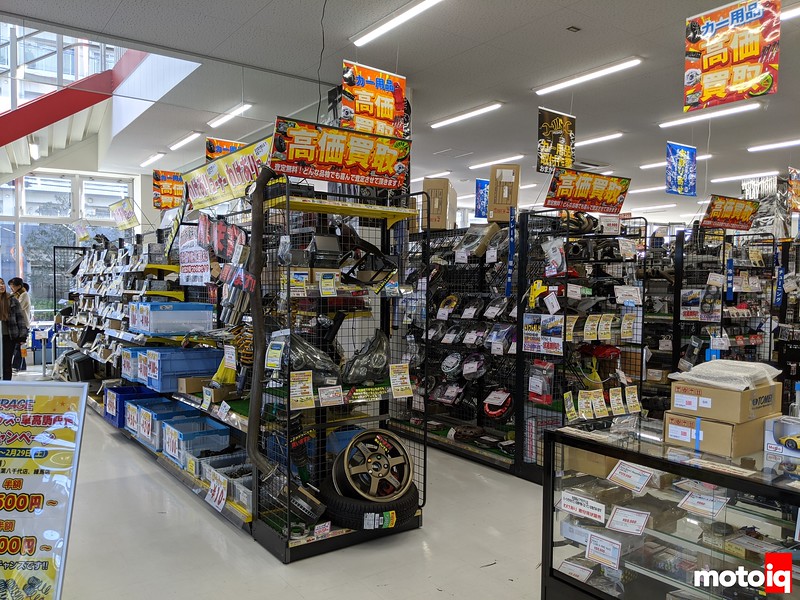 Of course, we went straight to the hard parts section to see what we could find. 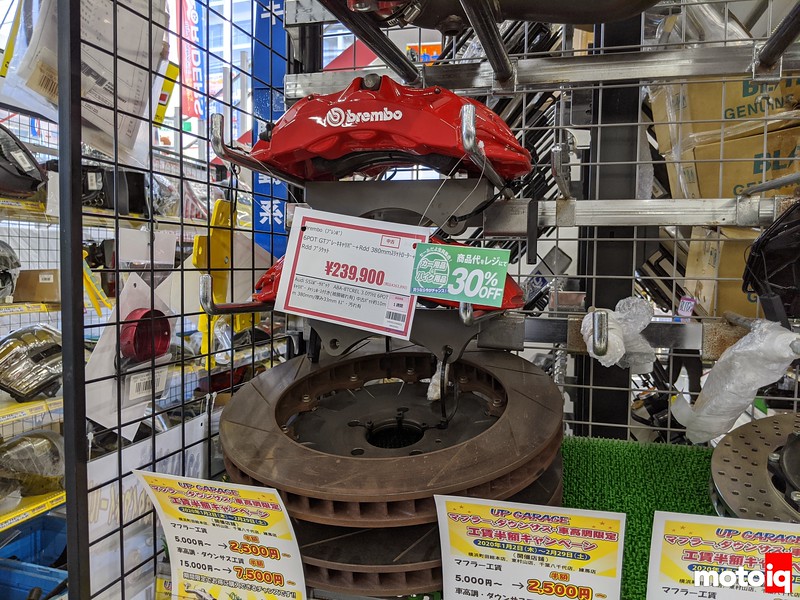 There was a large brake section.  Here a Brembo monoblock GT kit is sitting waiting to be bought. $2400 bucks isn’t too bad and it was in great shape. 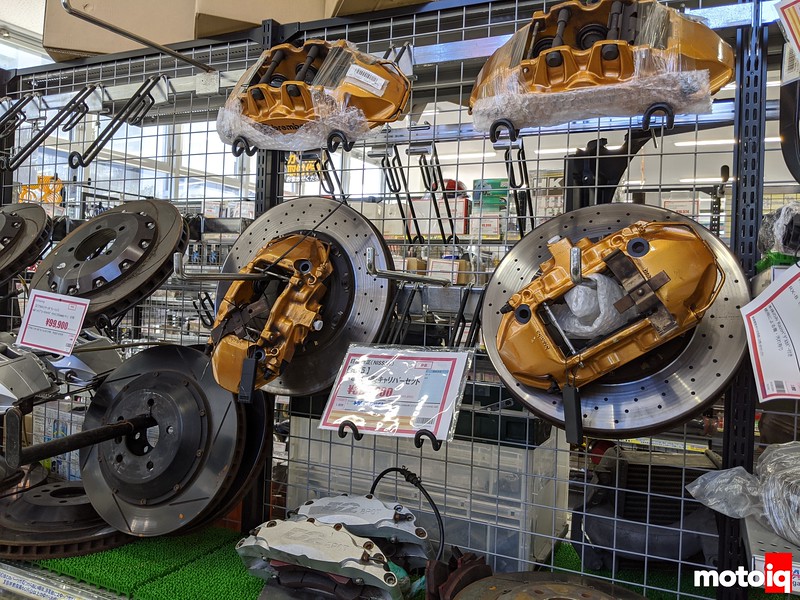 More Bremobs,  Looks like STI bits and R35 GT-R stuff.  I would pass on the D2 stuff myself. Are You up for the Belltech Challenge?