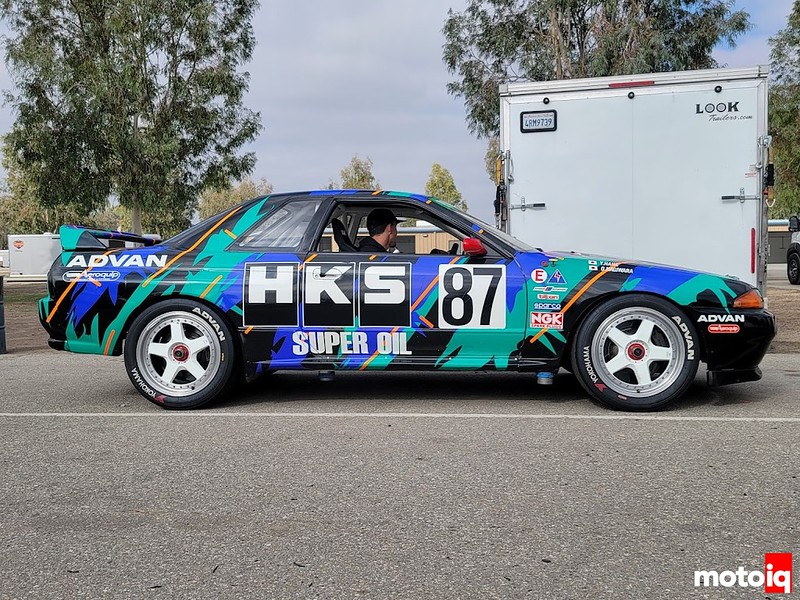 FIA Group A racing was an international class for modified production cars from 1982 to 1994.  To qualify for Group A racing, the car had to be mass-produced.  This meant a minimum of 2500 per year out of 25,000 for the entire model range.  This is cars like the WRX out of Imprezas or the Evo out of Lancers. The FIA allowed Evolution cars with a minimum production run of 500 cars to compete as well.  These were cars like the BMW M3 Sport Evo, the Nismo GT-R, The Mercedes 201 Evo.  The mightiest of all Group A cars in history was the BNR32 GT-R.  So dominating it was that it was banned in Australian Touring Car Racing and was undefeated in the Japanese Series for 4 years straight.  I really love this sort of pure modified production car racing and wish it was still around. It has evolved to a silhouette semi-spec class that I find boring and don’t even follow anymore.  I bet many fans feel the same as I. 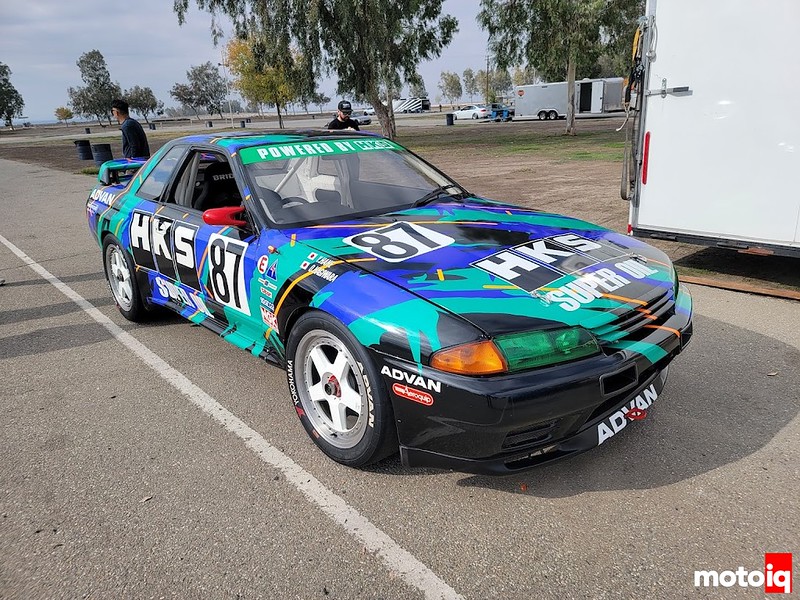 We got a close look at HKS’s iconic BNR32 Group A car in the flesh at Global Time Attack’s Super Lap Battle at Buttonwillow.  Many of us grew up drooling over this very car in Option Magazine.  Although I thought this car was the same one that came in 5th place at this year’s Goodwood Festival of Speed’s Time Trial, I was mistaken.  That car was a replica built by Ric Wood Motorsport who’s specialty is building Group A tribute cars. I sorta think his cars are even a little bit tidier than the originals!

I still think this is my most favorite HKS livery of all time.  As you can see the car uses the Group N rear deck underwing spoiler, larger side skirt rear wheel extensions, front grill extension, mirrors, and bumper vents that set it off from the production GT-R.  What can cant be seen is the lighter than OEM, aluminum hood, fenders and bumpers.  Otherwise, the bodywork is stock.

The engine for most Group A GT-Rs was a homologation special built by a REINIK, Nissan subsidiary under the Nismo Label. Nissan did homologate and produce special internal parts like blocks, rods, pistons, oil pump, cams, and a few other things that were stronger just for racing and most Group A GT-Rs used these as the basis of their engines.  HKS was a privateer team and they used some of their own parts on their car, as allowed in the homologation rules.  I knew all this exactly at one time but the minutia escapes me now.  The HKS car uses their intercooler. There are also 2 large oil coolers behind the front vents. WATCH: How to Solve Your Subaru Fueling Problems. The Right Way!