If you are into rare JDM cars, one of the unicorn cars that you probably lust after is the Nismo 400R. The 400R is a very limited edition R33 GT-R that was produced by Nismo, Nissan’s motorsports and high-performance arm.  Unlike some sticker-tuned specials that other manufactures have produced the 400R is legit, built with many special Nismo performance parts integrated into the car, OEM style, or done right!  We were lucky enough to have our friends, JDM car importers, Top Rank Imports allow us to take a close look at this pristine low mile car before it was shipped to its new owner for an undisclosed huge sum of money, we are not kidding here. 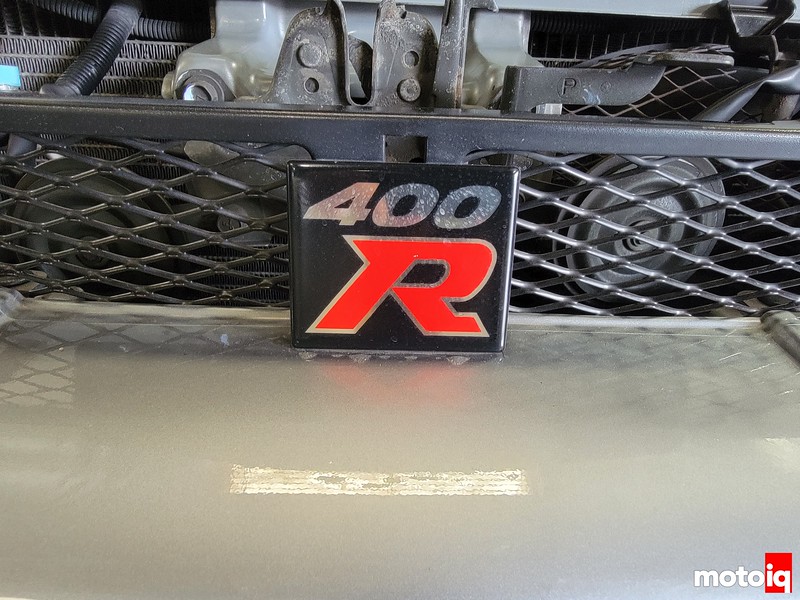 Only 44 Nismo 400R’s were made at Nissan’s Omori plant.  The Omori plant was closed for mass production but Nissan has kept it as a production proving plant where they produce trial production prototype vehicles.  Before any Nissan is released, about 50 trial production vehicles are made and this is where issues like parts fit and finish are resolved before mass production begins at Nissan’s other plants.  Omori is also the home of Nismo.  With short-run specialization and the in-house proximity to Nismo, Omori was the logical choice for 400R assembly. 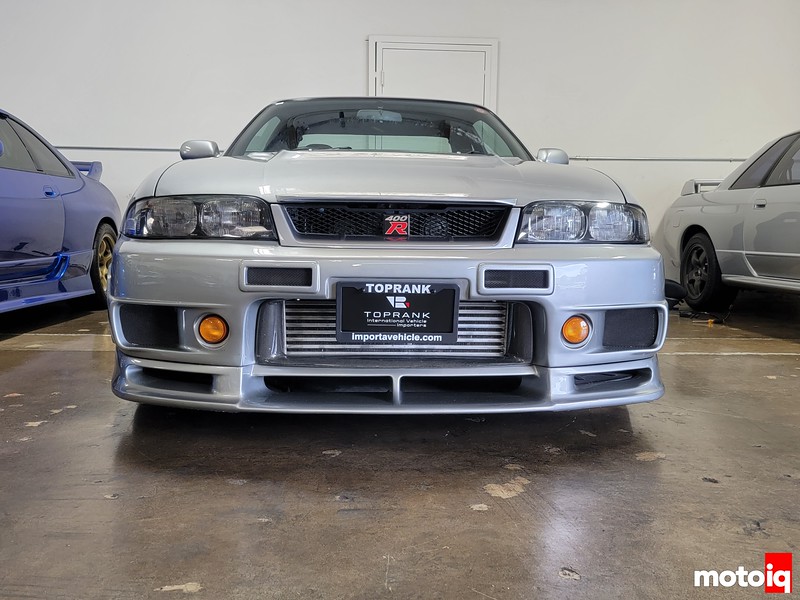 The 400R was built to commemorate Nissan’s involvement with the R33 in LeMans and I believe to also homologate some of the parts for racing.  The styling of the car is changed, starting from this functional front facia. It has a deeper air dam with functional vents to cool the front brakes.  Other vents give more airflow to the radiator over and under the large front mount intercooler.  Larger side scoops feed air to the larger engine oil cooler.

This carbon rear wing has an adjustable rear element so you can tune the amount of downforce available.

400R livery was also a part of the package.