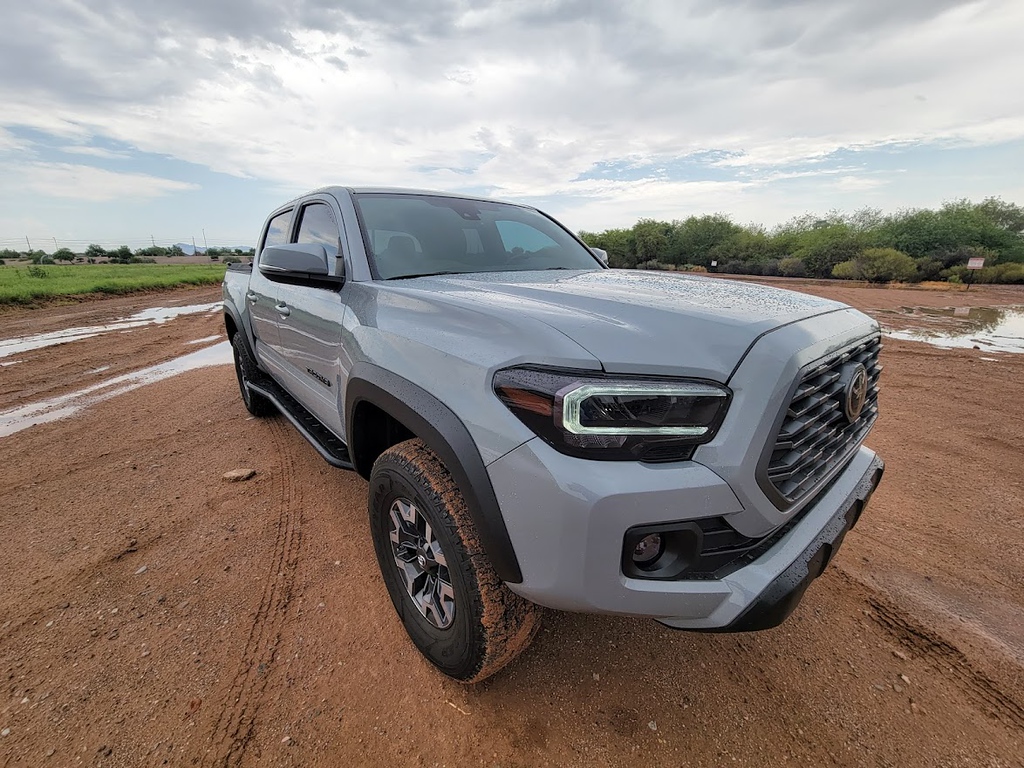 In this installment we dip our toes into the foray of off-roading with a set of Toyota Tacoma Rock Sliders from All Pro Off Road.  These sliders provide numerous benefits beyond shielding the body of the truck from objects on the ground. Our favorite benefit which we’ll get to later has nothing to do with off roading whatsoever.  We also needed a set of steps to both reach the roof of our stock height TRD Off Road and the center of the bed as these tasks were difficult even for your author at slightly under six feet.  With all this in mind we’re going to jump, er slide right into the world of HREW vs. DOM.  Read more about our Tacoma Project.

What kind of step/slider to buy

To be perfectly honest we aren’t sure what we’d need getting into the world of off-roading.  Being MotoIQ we erred on the side of too much selecting a set of DOM sliders. We made the choice knowing DOM offers the best protection for repeated abuse and there are numerous areas under our relatively stock truck that need protection before we tackle any serious off-road trail.  Considering the choice between HREW and DOM sliders?  Both provide a vast improvement in protection beyond a conventional truck step (no protection) and for the hobbyist off-roader either will be just fine.

We went with All Pro Offroads Toyota Tacoma Rock Sliders in particular because they offered a fill plate for the top of the slider which helped serve the dual function of both a slider and a step.  Additionally the slider has a kick out portion on the rear acting as a platform to stand on when accessing the bed of the truck.  All Pro Off-road only offer a DOM tube slider which is understandable from a customer satisfaction standpoint for durability.  They will ship the sliders to you bare metal or they will black powder coat them as an optional add on.

If racecars or off-roading is old hat for you then you already know that (DOM) Drawn Over Mandrel has a stronger yield strength than (HREW) Hot Rolled Electric Welded.  Let’s take a big step back first before comparing HREW or DOM.   Both of these options are a significant improvement in strength compared to the factory option. The Predator tube steps from Toyota are made out of 6061 aluminum.  If you only need help accessing the top of your truck or getting in then you need steps; full stop.  If you want any sort of protection from off-roading read on.

If light off-roading is what you’ll be getting into then a set of HREW sliders are a good choice.  In this case light off-roading includes semi-maintained dirt roads and up to 3 inches of water crossing depth with minor ruts and up to grades of 15 degrees.  Trails where rain or snow may make 4wd necessary. This is more widely known as a class two trail in the flatwater overland rating.  Depending on your skill level off-road and the conditions, a set of HREW steps may be just fine for even class 3 and 4 trails but they won’t be up to the same repeated abuse of a set of DOM sliders.

For anything including and up to a class 3 trail a set of DOM rock sliders is the way to go.  Class 3 trails are un-maintained dirt roads, ruts, washes or gulches with rocks and rock shelfs up to 8”.  Water crossings are usually less than axle deep and some grades may exceed 20 degrees.  It goes without saying that in this class 4wd is recommended.  For more information on trail ratings see the flat water overland trail rating guide.