Freeing up the EJ257 Intake Flow with Process West and IAG 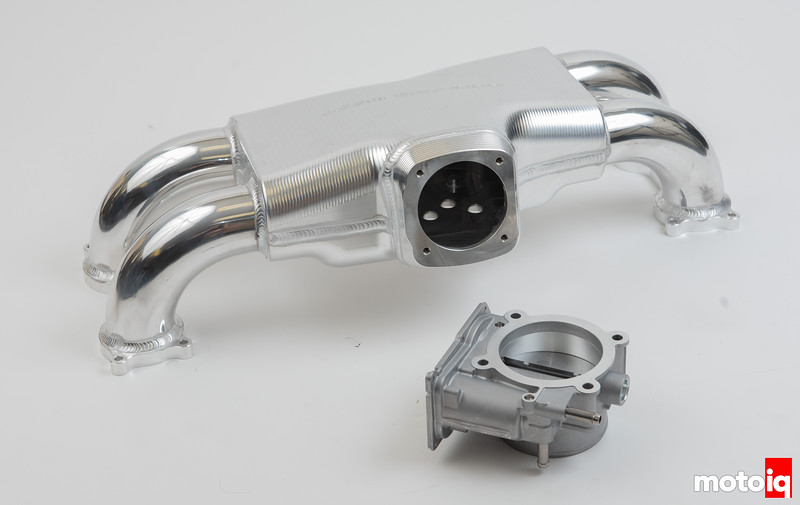 We were planning to run a Cosworth intake manifold on Project STI’s IAG motor but we were unable to find one for a decent price as they have been discontinued for many years.  We wanted a stock location throttle body because we wanted to keep air conditioning and not mess with the accessory drives, this ruled out a lot of race-type manifolds.  We had heard good things about the Australian Process West‘s intake manifold and we got one from Rally Sport Direct, the distributor for Process West.

The stock Subaru intake manifold runners are super long which is probably good for low rpm but not likely to match up with the camshaft in our new engine.  The stock Subaru manifold has the smallest plenum we have ever seen on a modern engine as well and turbo engines general like a plenum volume of 1.5x engine displacement or greater and we have found this to be true many times on many different engines.

The Process West intake manifold is a beautiful piece, CNC machined from billet aluminum with tig welded runners. The plenum is of proper volume and the runners are much shorter.  Considering that the runners’ overall length includes going through the TGV deletes, the runner length is still pretty long even though the Process West intake is about 4″ shorter than stock.

The bottom of the Process West intake manifold has 5 taps going to the plenum.  We are going to put our MAP sensor, intake air temp sensor, and the vacuum references for the fuel pressure regulator and wastegate here, nice and out of the way.  The manifold runners bolt to the plenum. 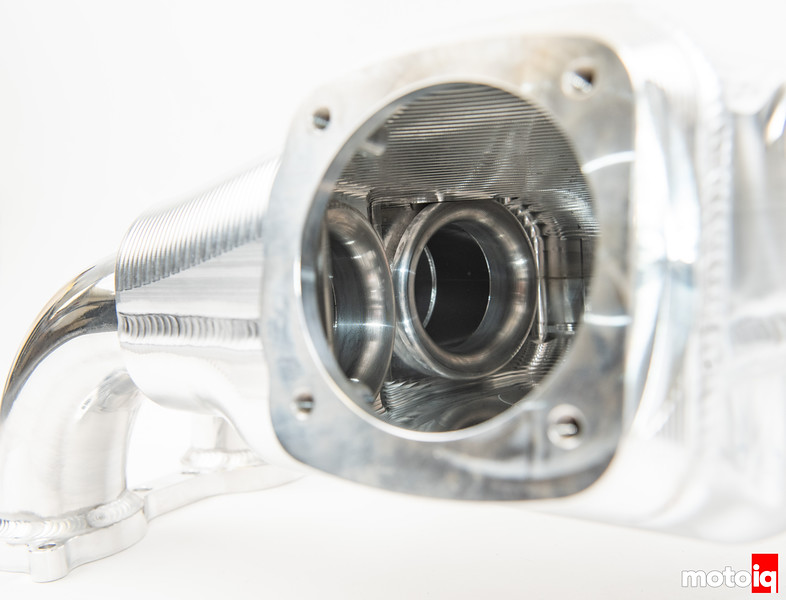 Looking inside the plenum, you can see that the runners have velocity stacks to help smooth the airflow going in.  Even with the shorter runners, Process West has tested the manifold on a stock engine and stock turbo and found no increase in lag and no loss of bottom end.  On a stock engine, Process West has reported a 9% gain across the powerband.   IAG has reported gains of over 40 hp across the board with this manifold on more heavily modded engines. 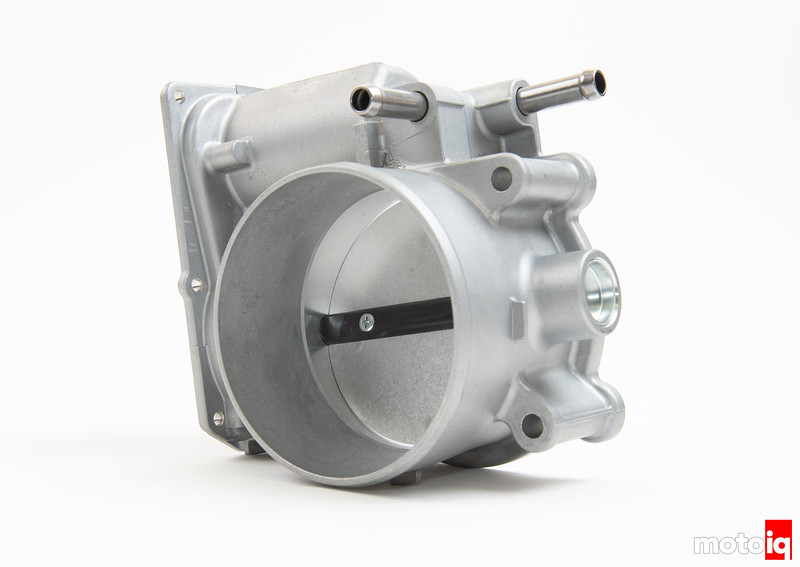 While we were upgrading our intake manifold, we decided to equip it with IAG’s big throttle body.  Usually, the stock throttle body is good for over 500 hp but we just wanted to have the car running on this TB in case we decided to go to a larger rotated mount turbo in the near future.  We have felt better response with big throttle bodies on other cars before even though the gains on the dyno were negligible.

The IAG throttle body is 76mm in diameter, much bigger than the stock 60mm.  It gives enough flow for 1000 hp.  Like we said before, for less than 500 hp it probably doesn’t make much difference.