A performance Limited Slip Differential is a MUST for making 2005-2014 (S197) Mustangs handle predictably.  We replace the weak factory LSD with Eaton’s TrueTrac helical (gear-driven) LSD which will transform the driving experience and character of the car. 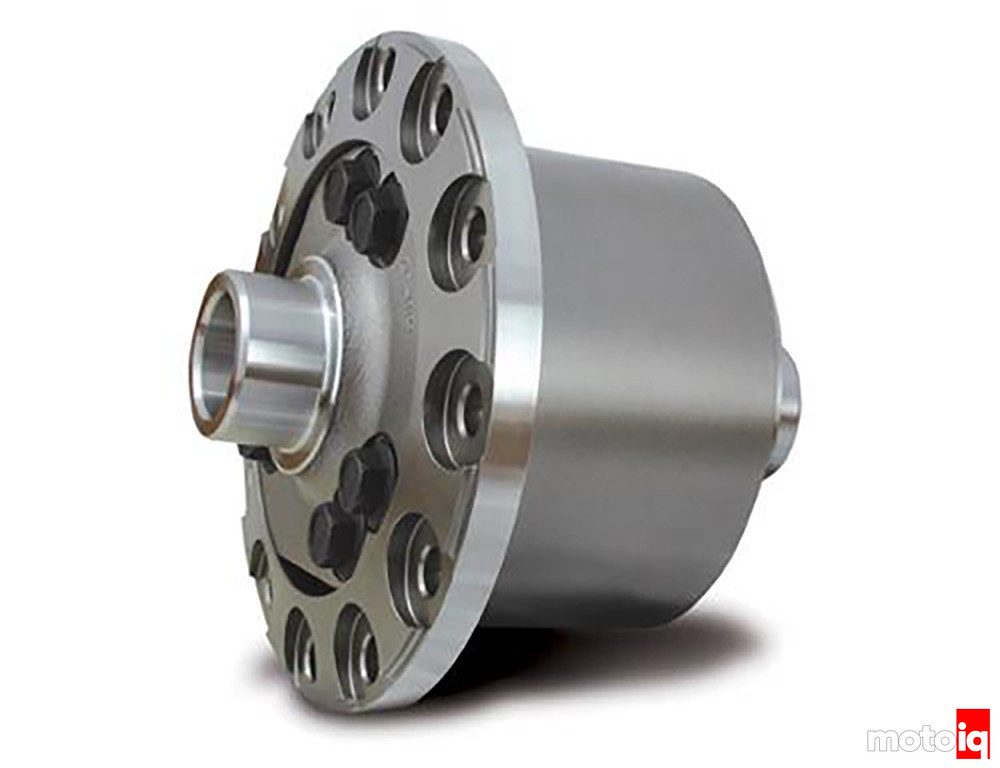 Personally, I would upgrade any S197 Mustang with a performance LSD like the Eaton Truetrac before modifying the suspension.  This is because of how much more consistent, predictable, and easy to control they make the car at the limit as the rear starts to slide.  It’s seriously that important.

The solid axle combined with a torquey V8 makes a good LSD far more important for a Mustang than most cars with independent-rear-suspensions like BMWs, Miatas, Elises, and 350Zs with open or worn-out LSDs.  The differential affects the Mustang’s handling far more than simply reducing inside wheel spin.

I have driven and raced more S197 Mustangs of varying builds than I can remember.  From stock cars to supercharged cars and even track-focused cars; the vast majority have sub-par, worn-out differentials that desperately need an upgrade, even for street use.  I would credit the stock LSD for a lot of the Mustang’s reputation for bad handling.

The factory Ford “Traction-Lok” Limited Slip Differential (LSD) is sufficient for the stock power level when new, but they don’t hold up well to track use or more power.  They are not very durable and tend to wear out quickly, reducing the amount of lock and making the car handle worse.

The amount of ‘lock’ is determined by a series of clutch plates that are squeezed together and preloaded by a bent metal “Z-spring” in the center of the diff.  Increasing the pre-load and friction with an aftermarket spring and clutch plates will increase the static lock and holding ability of the diff.  This is fine for drag racing but is really bad for handling because it increases understeer by resisting the different wheel speeds required for turning in the middle of a corner.  To make Mustangs turn, you do not want any drag or lock from the LSD mid-corner when off the throttle.

Our project car’s LSD was in reasonable condition but there was a lot to be desired in the way the car drives off of corners, especially with the increased power.

All cars have differentials, which are fundamental for allowing two driven wheels to turn at different speeds in a corner.  For performance, a Limited Slip Differential (LSD) reduces the difference in speeds, which can cause excessive inside wheel spin and a one-wheel-burnout condition.  Not only do LSDs improve acceleration by increasing rear traction and ability to put the power to the ground through two tires, they greatly affect the car’s handling, feel and consistency.  This is especially important when accelerating out of a corner, where an open differential or weak LSD can make the car feel sloppy with inconsistent and unpredictable changes to the behavior of the car as it transitions from oversteer and understeer.

Performance LSDs are essential for the handling performance, feel, and consistency when driving a car at the limit.  This is even more important in cars with higher levels of power and torque.

Technically, the subcategory of “Torque-Sensitive” LSDs encompass both clutch type and gear/helical-driven designs.  Most people refer to all gear-driven LSDs as “torque-sensing” or by the brand name “Torsen”.  However, the helical (gear-driven) LSDs include designs from Eaton, Torsen, Quaife, and Wavetrac.

Eaton developed the first domestic gear-driven LSD back in the 1970s and have continuously refined the design to be more efficient and more durable as technology and metallurgy advanced over the past fifty years.  They take reliability and performance of their differentials so seriously that they have their own 650-acre ORM-level proving grounds in Marshall, Michigan.

Equipped with their own 1.6-mile oval, gravel rally track, high and low traction skidpads, sand pit, rock crawling, steep grades of varying surfaces, water fording, and various split-mu and hostile environment obstacles, I’m not aware of any differential company that comes close to testing their product to this level.

Reliability is one of Eaton’s strengths.  As an OEM-supplier, their differentials meet or exceed OEM standards.  Eaton prides themselves on having the strongest spur gears in the industry and being the only differential company to manufacture their own net forged high strength steel spur gears. This is important because the spur gears are where the majority of failures occur in gear-driven LSDs.