Project Ducati 998 Superbike Part 1: Getting a Basket Case Running With a 999 Engine Swap!

Once the engine was serviced and in the chassis, it was time to tie up some loose ends. Firstly, this was going to be a track-only machine and therefore the instruments would be slimmed down by removing the speedometer and cable assembly along with the warning lights. While this is a simple unbolt type of removal, it also eliminates the red oil dummy light. The 998 never came with an actual oil pressure gauge. I wanted a working oil pressure gauge. The stock position oil pressure switches are known to fail from excessive vibration. Later Ducati models during the 848/1198 production run moved the switch to the oil cooler hose to reduce failures. Why reinvent the wheel? I stole this idea.

I sourced a 52mm STACK electronic gauge but when it arrived, I discovered the sending unit was huge. Not only did it weigh almost a pound, but it was too bulky to package neatly on a motorcycle. STACK also makes a fancier, more expensive gauge that basically does the same thing, but with a smaller, more modern sending unit much like the OEM switch. It’s even the same thread pitch, M10 x 1.0mm. Perfect. 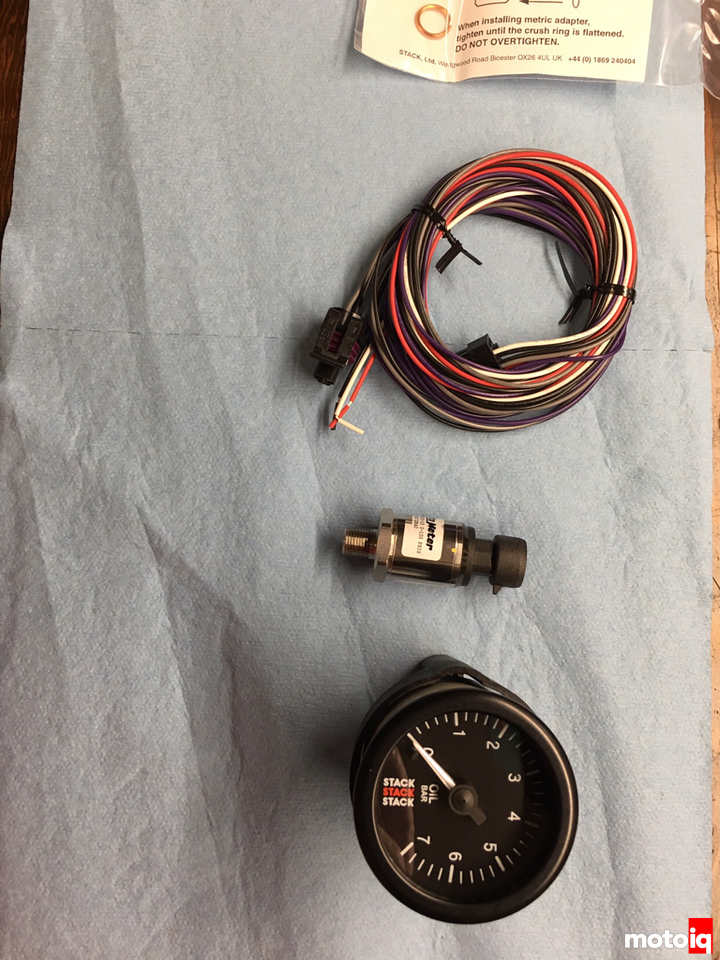 The smaller unit that was actually installed on the bike shown here. The sending unit is actually an Autometer part that came in the STACK packaging.