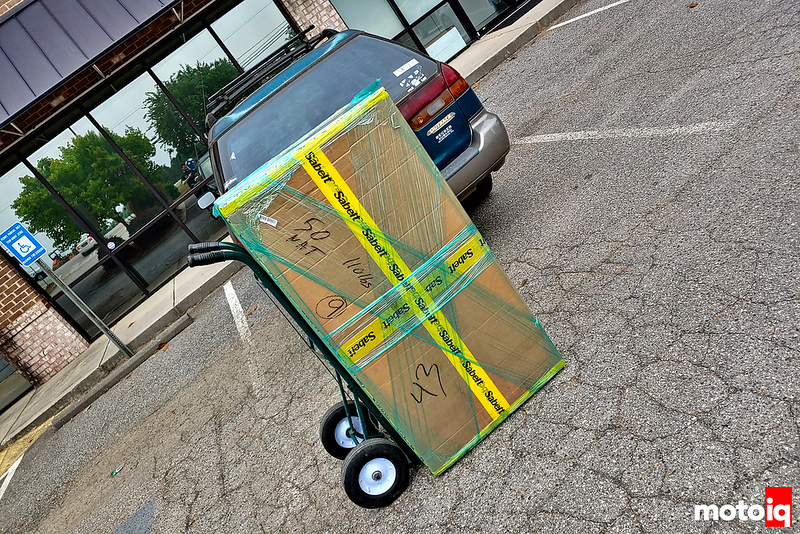 Earlier in the year I had gotten all new safety equipment and detailed the journey to Pegasus Auto Racing Supplies along with the nitty gritty details of choosing personal gear. Now, with the car back on track and speeds picking up, it was time to address my timed out vehicle safety gear.

That’s right. In addition to helmets going out of certification (and now driving suits, too, per new FIA regulations), your harnesses and seats also eventually time out and need to be replaced. My five point safety belts visually are in great condition, but they were manufactured in the mid-2000s and are long since expired. Additionally, almost everyone has migrated to using 6-point belts which provide better protection from you sliding under the lap belts (anti-submarine protection).

Further, the patent recently expired on the HANS device, and now there are a proliferation of similar units from every manufacturer out there. A large portion of them are designed with 2-inch-wide shoulder belts in mind. My HANS still has some life before it needs recertification, and it is designed for 2″ belts, so a belt change was warranted anyway. While you can use a 3″ belt with a 2″ neck restraint, extra care is needed to ensure the harness is pushed to the inside of the retention bump.

As for my seats, well, they had seen better days. And, somehow, most of the padding on the passenger side seat had disappeared. I had bought them well used in the mid-2000s and they were probably expired then! It was definitely time for new kit.

So I again called up the folks at Pegasus Auto Racing Supplies and got some stuff on order. I wonder if this box will fit in the Subaru wagon… (spoiler — it did).

Robinson has been in the… racing… business for quite a long time. In fact, Robinson Racing Enterprises is older than a lot of you readers are, having been founded in 1982 and quickly earning success since then. They can do everything with respect to race car chassis, including building tube-framed race cars from scratch. And, they’ve done this often, having won several SCCA GT-3 titles and having campaigned cars in everything from club racing through World Challenge and beyond.

They can probably install some seats and harnesses.

He’s performing the first logical step in our safety upgrade – removing the old harnesses and seats.

It is earmarked by Sabelt as being “the most compact seat yet” in their lineup. However don’t let its diminutive size fool you. I have a roughly 33″ waist and decently broad shoulders, weighing in at around 174lbs, and I have no problems fitting in this. Now, if you’re a little more portly or wider, it might be a little too snug, and something like their GT-PAD might be in-order.