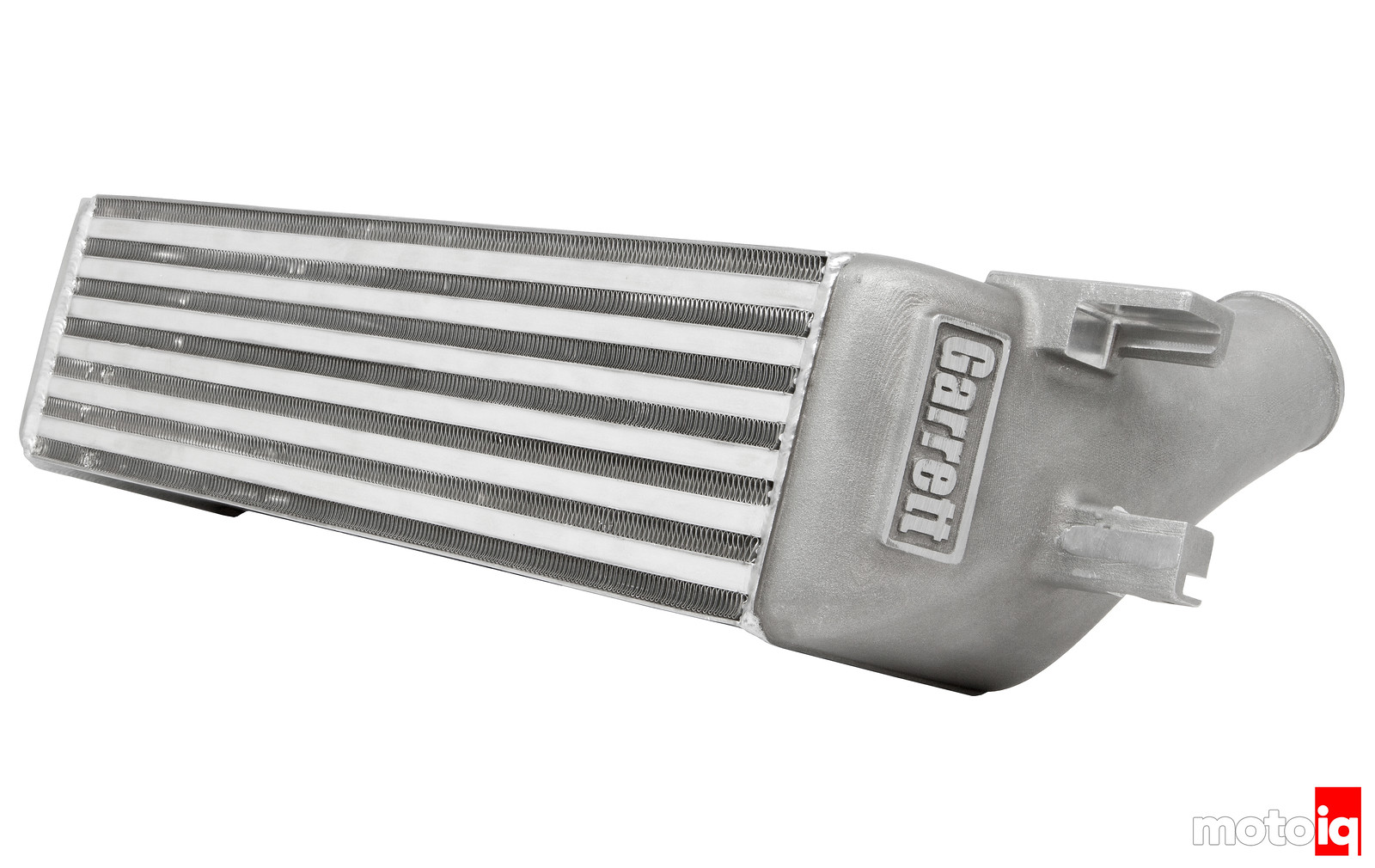 The Turbo Mustang is an often overlooked choice when looking for a great track car to build. A not so secret fact no one seems to consider is that the turbo 4 is lighter on the nose than the Coyote V-8, and thus, the car has the greatest handling potential of all the Mustangs.

The folks at HPS, the makers of fine silicone hoses and couplings, have obtained a Turbo Mustang for this reason and have started to do some basic bolt ons to it. They have been running the car for fun in Street RWD Time Attack class and we felt their car would be the perfect test bed for Garrett Advancing Motion’s new upgraded drop-in intercooler. Our Mustang is a late model turbo model with an engine that has a handful of very simple bolt on mods, but is otherwise pretty stock. It will be a perfect test bed for Garrett Advancing Motion’s new intercooler.

Let’s get started with our test! We start by removing the the underneath belly pan and the front bumper.

Removing these items allows the removal of the front shroud that has an ECU controlled shutter. This controls airflow to the front of the radiator and the intercooler. Under part throttle highway conditions this shutter closes to reduce airflow through these heat exchangers, reducing drag. We removed this shutter system in order to allow maximum airflow to the intercoolers from our dyno fans and to keep the temperature data as consistent as possible between the stock and Garrett Advancing Motion intercoolers.