When landing and after picking up our rental support vehicles which included a diesel F350 truck, a big passenger van, and an SUV, our first stop was Pikes Peak International raceway where the car was stashed after having been driven up the previous week for testing.  Dai and Kelvin had been at the mountain during the previous week and Dai had gotten a run up the lower part of the course. Snow prevented much testing but Kelvin got to dial in the cars boost control at high altitude and refine the cars traction control programming to the course and Dai’s liking.  Fortunately, we had dialed in the car so well in testing that the car ran great and Dai actually liked how it handled. 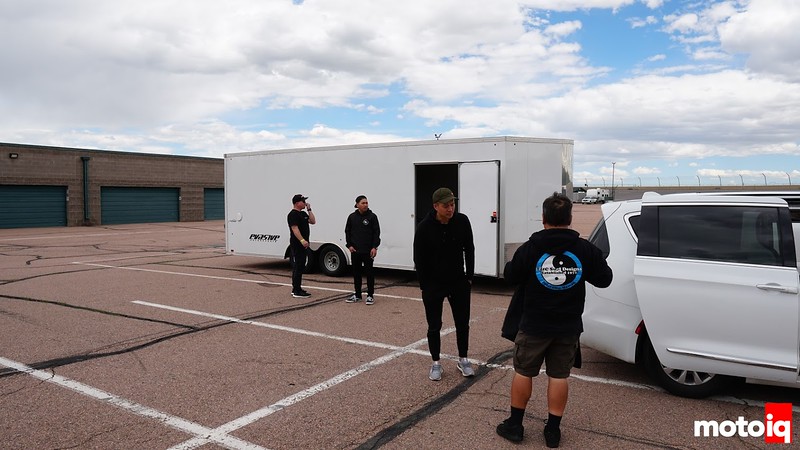 After making sure the car was still in inside, we hooked the trailer up to our rental truck and away we went.  If you want to read all the tech details about the car click on this!

Next was a stop to the store to get provisions for the team.  A race team travels on its stomach I guess.

As you can see, we stocked up on some pretty healthy staples….