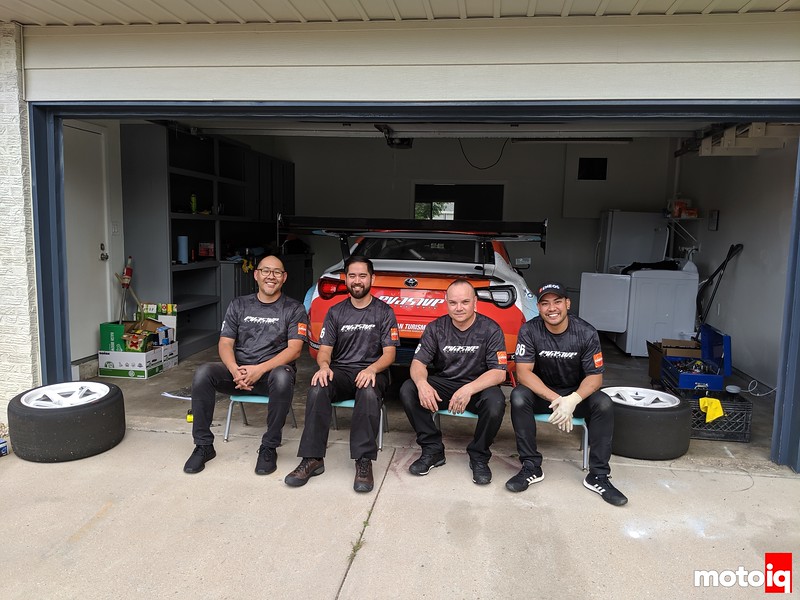 As soon as we got to the rented team house the guys wasted no time to inspect and prep the car.  The guys are from the left, Ed Liu, Kelvin Youg, Jason Reinholdt, and Jason Caldejon

The car had been pre-run a little the week before so everything needed to get checked. Here Jason checks the axles that had been troublesome before are inspected and replaced with new parts. The differential had been relocated and the axle shafts were lengthened to reduce angularity on the CV’s and that seemed to be working well giving us confidence that the axle issues were cured.

Kelvin gives the front suspension a nut and bolt inspection.

Since the summit of Pikes Peak is over 14,000 feet and most of the race is run at over 10,000 feet, giving the driver supply of pure oxygen helps.  Driving a car at speed is more strenuous than you would think and having oxygen is a big help.  Dai didn’t have any problems and was a little skeptical but he told us he felt the oxygen with a noticeable difference once he tried it.  Strangely I was the least affected from the altitude of the whole team.  I could run around and do jumping jacks at the summit when everyone else was short of breath. 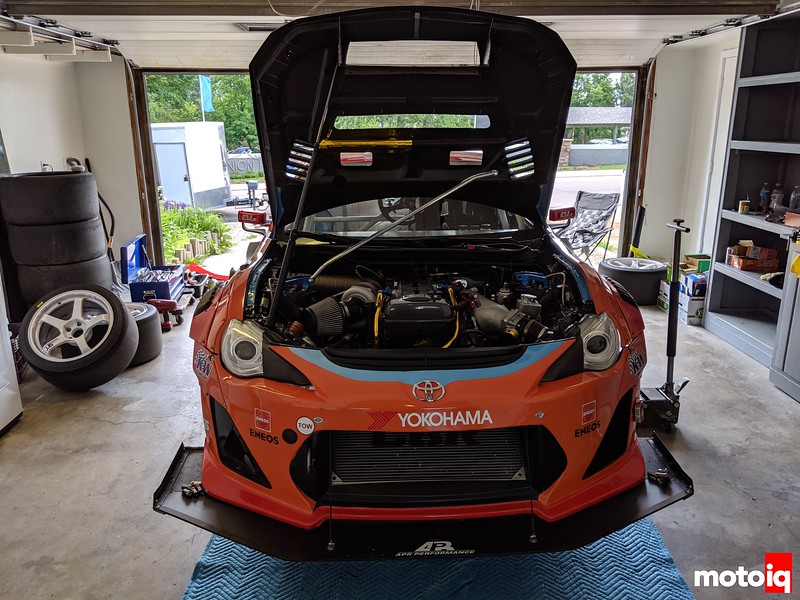 Everything in the engine compartment was inspected for damage and loose bolts.  Every day the car was run, the crew would go through the same inspections.  It was several hours of work but this is one of the reasons why the 86 is always reliable when it makes an appearance.

Here is the 3.2 liter 2JZ powering the 86. It is basically pretty close to the engine run in Ken Gushi’s FD car and is capable of making 1000 hp.  For Pikes Peak the Garrett Gen II GTX42 is swapped for a Gen II GTX  3584 RS which reduces the power potential to around 800 whp but improves low-end torque and throttle response.  This helps the car come off the tight hairpin turns that Pike Peak has a ton of.