After a one-year hiatus, due to the Covid pandemic, Holley LS Fest West was back in Las Vegas for 2021 bigger than ever!  Sick of being cooped up for a year and a half, LS engine enthusiasts were out in force with the crowd looking to be double the size of previous events.  Once again we were proud to be co-sponsors of the ever-popular LS Fest Drift Challenge alongside Lucas Oil. 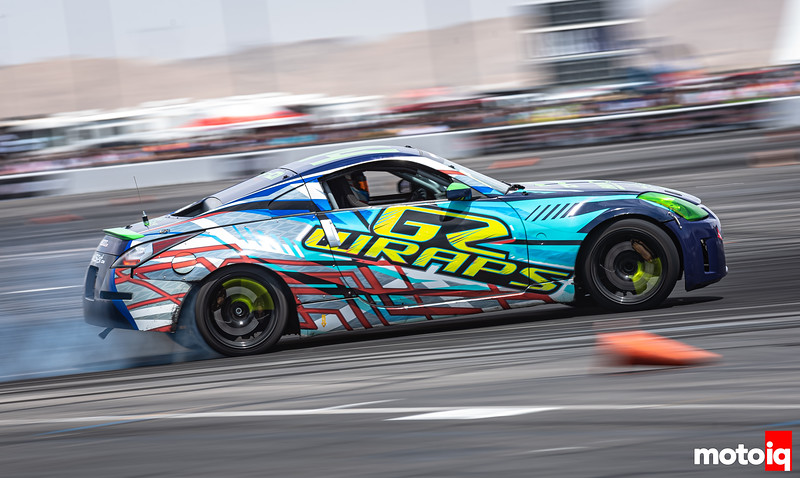 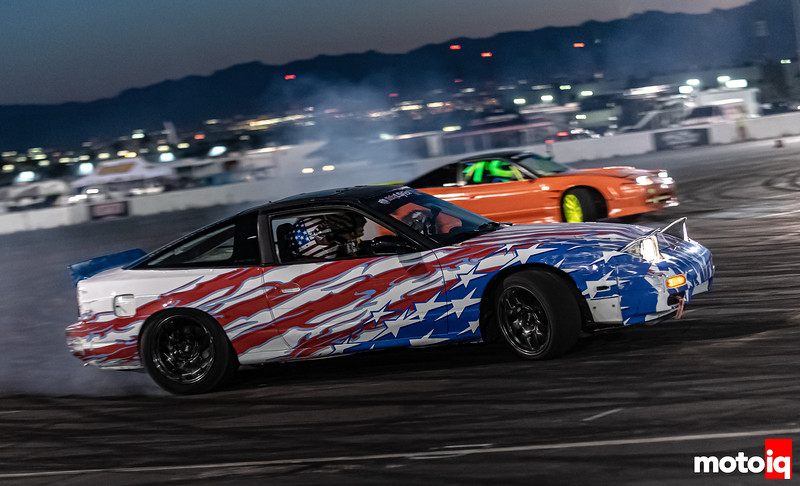 YouTube celebrity Cleetus McFarland made an appearance in his clean-looking, patriotic S13, but also didn’t qualify. Takes more than celebrity-power to make it to the big show.

Practice sessions were held on Friday and Saturday was the big day – qualifying and competition. The weather seemed to be pretty cooperative throughout the weekend. Though the blistering Las Vegas heat was MIA, the windy was most definitely making its presence felt. After all was said and done, 14 cars made the cut to the main competition which would be held right smack in the middle of the LS Fest West grounds under the lights. 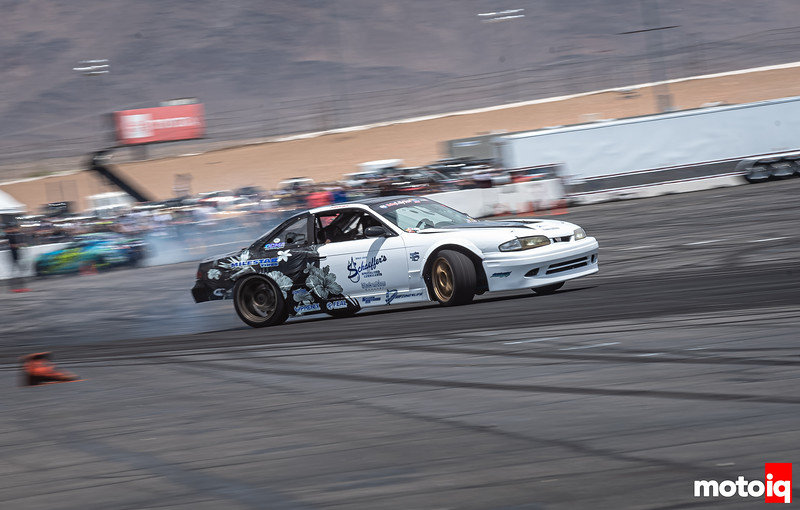 John Schafer, our number one qualifier, was able to enjoy the fruits of his labor to the fullest in his first round of competition. Without a 16th qualifying driver, Schafer got an easy ticket to the Great 8. Bye run was no match for John and his S14 this time!

Next on the ladder, Amanda Sorensen was paired up against the Corvette of Shawn Olin.  The David and Goliath pairing of the day has got to go to this battle. Amanda Sorensen was in a pro-level E46 build, while Olin was in what appeared to be a near-stock C5 corvette.  The big equalizer was the C5’s twin-turbo LS engine. Would it be enough? It was no surprise to see Sorensen run away from Ohlin in her lead run. It was not even close. So much so, that even with a mediocre follow she should be able to easily advance to the next round.

Olin was very smooth in his lead run, but could not create any space between Sorensen’s E46 and his C5 Corvette. However, Sorensen was way too aggressive through the second half of the course and put her car in a bad position. She ended up passing Olin and got herself on the wrong side of his car, which led to her straightening up and losing drift. This was a huge mistake and the judges called for a “one more time”.