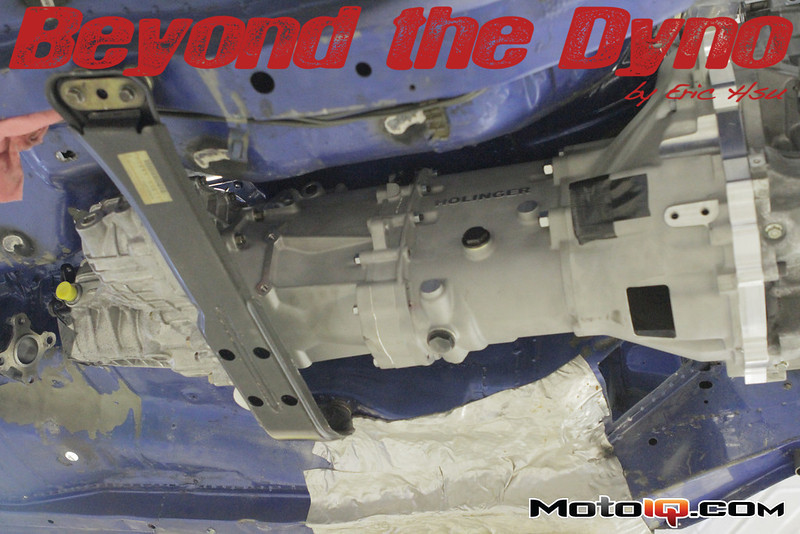 Well it's getting closer to go time all the time and the Team America crew is working around the clock to get her done.  The deadline is nearly impossible but Eric and company are determined to make it.  Work on the car is progressing very fast.  The car might just get there but it may well be lacking a little in the cosmetics department.

I am getting to be quite a ghost writer for Eric.  It's not because Eric doesn't want to write about this but he is under a pretty exhausting schedule.  Eric is working full time at Cosworth, doing race support for Greddy's Formula D Team and putting every other spare moment into building the car and supervising a whole crew of people helping.

We can't thank the crew at Bridges Racing enough.  Since Robbie Nishida and Daigo Saito's cars are on the East coast, they have been lending a hand in helping get our car along.  They do have a vested interest though.  Gary Castillo is an important part of their crew and they need to help him make progress or Eric won't let him fly to Formula D events!

I am also pretty impressed with how well my camera's work.  Most of these pictures were shot with my Cannon 5D Mark II or when that was out on other assignments, my Cannon 7D.  These cameras allow me to shoot using available light (I hate the look of flash shots) under the worst conditions like Gary's dark shop in the middle of the night.  The 5D is especially good at  low light photography due to the full frame sensor's ability to shoot noise free at high ISO numbers.  I really recommend the use of these cameras, they are so good, they let me take OK pictures when I suck at photography.