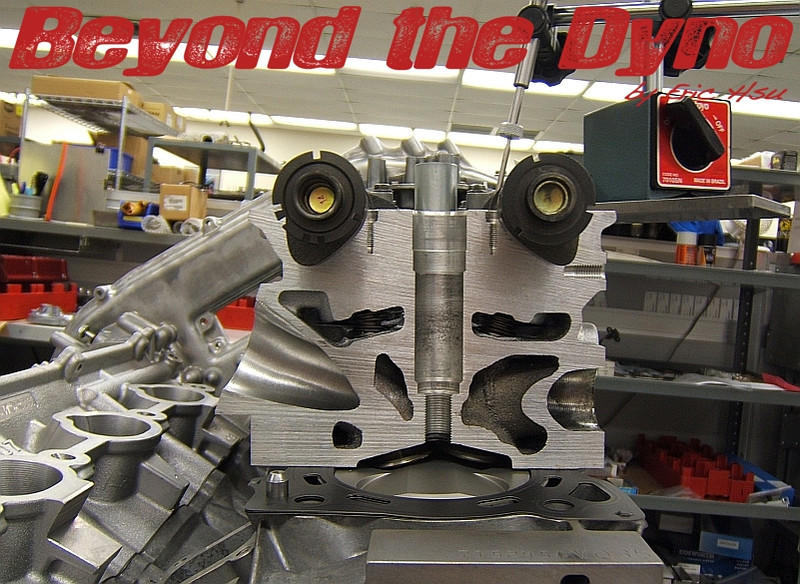 Mike did a great job covering the build while I was unable to write because I was busy managing the car, team, and build and actually working on the car itself. From part 8 and on, I'll be taking over Beyond the Dyno once again. The car is on the slow boat to Australia, but for now I'll cover some of the things the team and I were doing at Cosworth.

Mike would head down to Design Craft once a week or so to see what was going on with the ARK GT-R, hang out, take pictures, watch Gary open Heinekens, point at stuff and say, “Hey, that''s pretty nice.” or “Hmmm…I wouldn't do it like that.” All while looking over his glasses in his patented monotone that could only be Mike Kojima. If it was something major that needed addressing, then Gary, Mike, and I would discuss and decide. If Tyler was there he would be in the discussion too, but a lot of times he was at home on Solidworks designing something (he claims!).

Here's Mike hard parking and looking above his glasses. He always jokes that he needs new glasses.

But there was a whole lot going on behind the scenes that was not covered in Mike's stories. A car consists of many sub-systems and they all cannot be built at a fabrication shop of course. The engines were built at Cosworth and the engine and chassis electrical harnesses were built at Apex Speed Technology, some of the aero parts were built at a surfboard shop down the street from Design Craft (but designed by Gary) in Huntington Beach, and the differentials were built at Cosworth. Unfortunately I was involved with most of the operations that took place at Cosworth which meant my hands were dirty/oily and I wasn't able to take as many pictures as I would have liked. So I'll cover what I have pictures on.

It all started with the used and beat to shit donor VQ35HR warranty engine that I acquired. It looked like the previous owner didn't change the oil and the engine was run for an extended amount of time at high oil temperatures. The crank bolt didn't want to come off no matter how much heat and torque I was able to give it. The solution? A 3/4″ impact gun, a small nitrogen tank, and 250 psig of pressure.

Harbor Freight had 3 different 3/4″ impact gun models: one with 400 ft/lb, a middle model pictured here with 650 ft/lb, and an ultra buff one with 900 ft/lb of loosening torque. The local Harbor Freight only had the 650 ft/lb model so that was going to have to do. With a MAPP gas torch and 110 psi (Cosworth's air pressure), the crank pulley bolt still wouldn't budge. That's when Lew suggested the nitrogen bottle. With about a minute of the MAPP gas torch flame and 250 psi of nitrogen, it finally broke loose. The threads were fine. It was just cooked to shit and stuck on there good.

Big pneumatic tools need a lot of volume too which sometimes people overlook. There were some giant air fittings and 1/2″ air hose upstairs that came in real handy for this job.