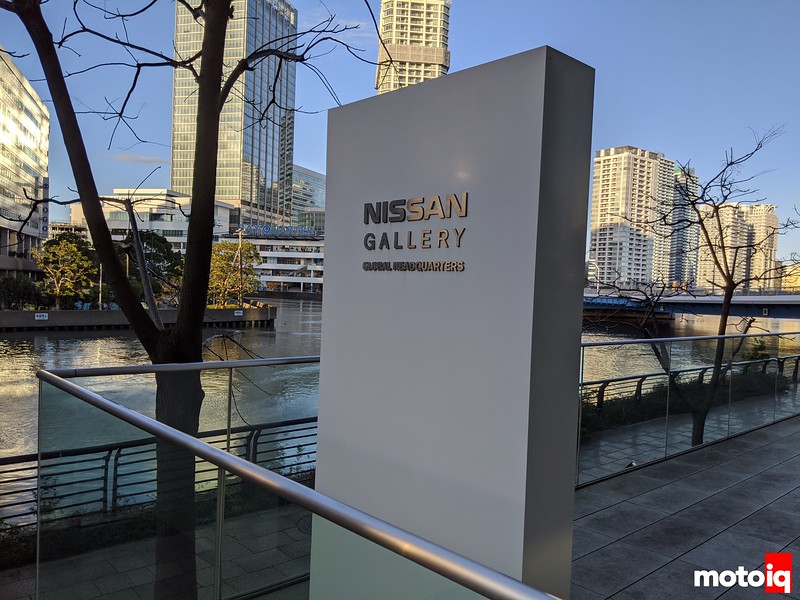 Nissan’s headquarters used to be in Toyko’s prestigious baller Ginza district.  As the company started to have financial trouble in the early 2000s, Nissan was forced to sell there Ginza Headquarters building and relocate to a new headquarters built in Yokohama which opened in 2009. I had left Nissan in 2007 so I had never gotten to visit the new headquarters so I thought it would be cool to see it.

Nissan’s Global headquarters also has a product display on the ground floor which is worth seeing if you are a Nissan fan and the Yokohama Bay Quarter is not a trendy spot with nice shops and places to eat.  It is also a close and handy walk from Yokohama station so its not hard to get too.

Walking inside you are first greeted by a bunch of boring van things which make you wonder about the future of Nissan! Fortunately, it gets better, you pass the van stuff and you get to see the cool stuff that takes up most of the display area on the main floor.

Looking down you happen to see a lot of van things and other boring stuff but there is coolness down there. 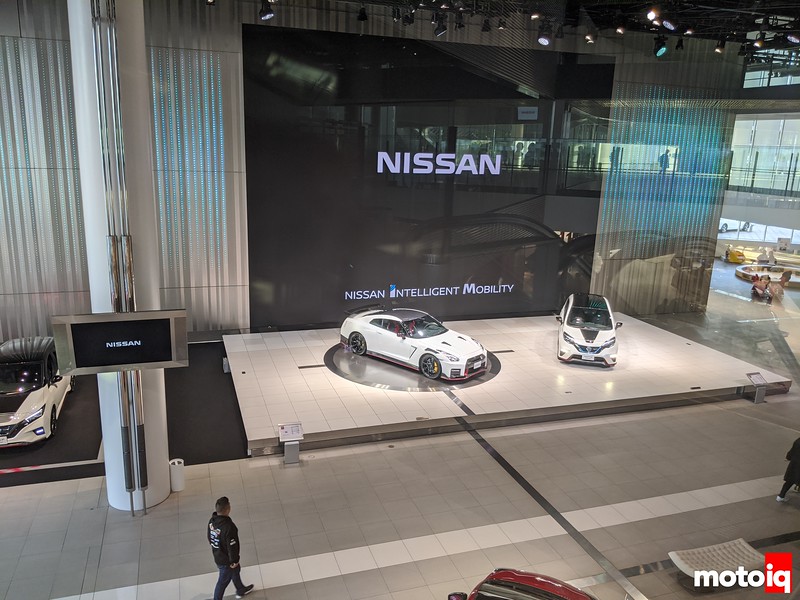 Panning over there is a Nismo GT-R sharing the stage with something boring. I decided it was time to get down there and look at the GT-R stuff.

The first thing was a regular grade 2020 R35. I have never been a fan of the sharply creased EBA GT-R facelifts looks. The EBA has always seemed a bit softer on the performance side as well.