Located in Kanagawa, a suburb of Yokohama on the grounds of Nissan’s Zama plant is the Nissan Heritage Museum.  The museum is a must see place if you are a car nut and happen to be in the Tokyo Yokohama area!  Zama Plant used to be a Nissan production plant back when I worked for them but nowadays it is used as an R&D center to test out Nissans latest production technology.  It is also used to figure out production methods for new Nissan models. Now a lot of the plant is also devoted to the Heritage Museum where you can find prime examples of just about every Nissan model produced way back to the very beginning of Nissan during  the Pre War period. 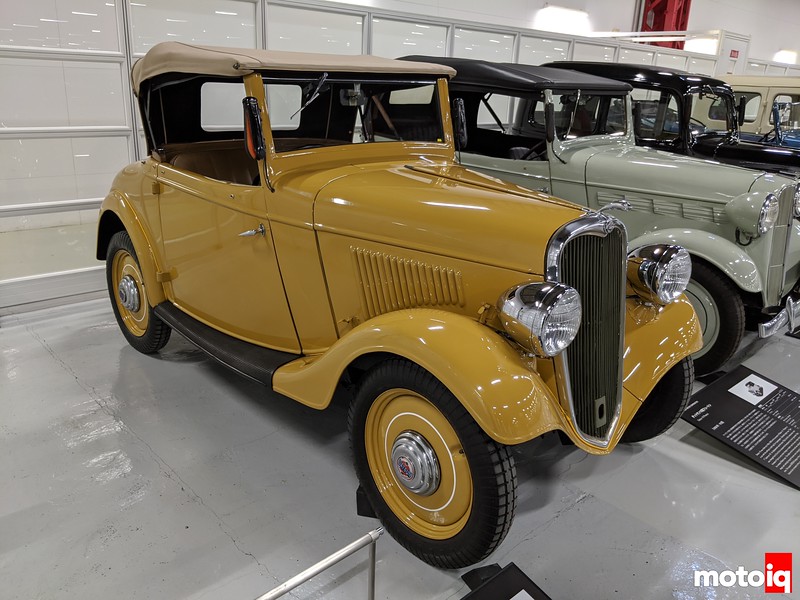 Here is a Datsun pick up truck based on the model 14.

This is an Austin A40 from 1953.  It was produced by Nissan under licence from Austin and was one of the first post war cars available in Japan.  It is powered by a 1200cc OHV engine which was state of the art compared to the minuscule flat head engines in Pre War cars which were like scaled up lawn mower engines.  The engine pumped out and awesome 42 hp, almost 3x what pre war Nissans made!