Here is a Racing Hakosuka GT-R sedan from the 60’s. 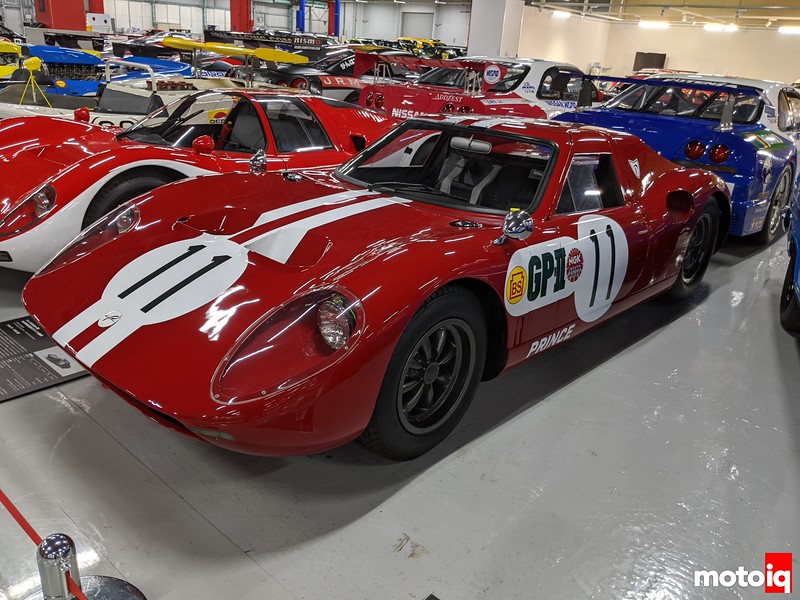 Here is the 1966 R380II, an all Nissan project with improved aerodynamics. It is an all Nissan chassis with a more power version of the older engine called a GR-8.  This car was built to go head to head with the Porsche 906.

This is the 1969 Nissan R382.  Nissan was getting serious by this time and the car was powered by an 600 hp GRX-3 six liter V12 built for racing use only engine.  This car was able to beat the legendary new Porsche 917 of the time.

Here is the 1970 R382. This would be the last factory designed and built Nissan racecar until the mid 80’s. The GRX-3 engine was refined to add 100 more hp to 700 hp and the aerodynamics were improved. However the Group 7 class was canceled so the car never actually raced.  I think this particular car was stored in a corner under a tarp in a dark dusty room at Nissan USA for many years and I saw it many times during my years there.  No one knew what it was or why it was there. I am glad to see it restored an properly on display now.