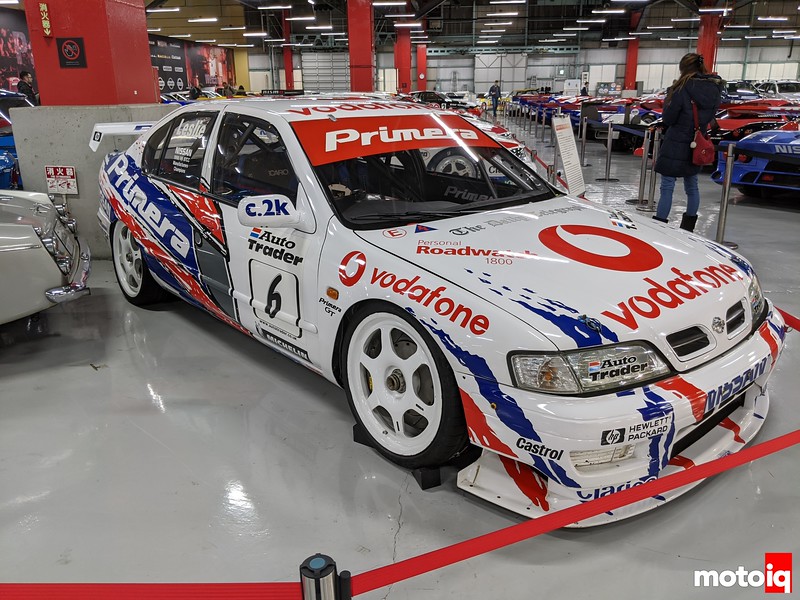 Just for Martin, we took a picture of a BTTC Primera.  The Primera was one of the most competitive BTCC cars in the  early 90’s.  At 300 hp at 8300 rpm, the cars naturally aspirated SR20DE engine was the pinnacle of SR20DE engine development.  This car won 13 of the 26 races it entered. The Primera won 4 drivers and manufacturers during its day. BTCC was awesome at that time and it was great to see Nissan whipping up on Honda!

The Nissan Heritage Museum is an unforgettable place even if you are not a Nissan fan. Believe it or not, this was just a small fraction of the historic Nissans that are here to see.  We probably need to return soon and check out some of the stuff we had to rush past.