Lubrication is provided by a Mazda Motorsports developed drysump system.  The drysump is one of the keys to providing long life for the engine despite the heavy G’s loads and rapid transitions that modern drift cars produce.  Dry sumps use external pumps to totally scavenge the engine, pumping oil and windage foam to an external tank where it is fully deariated and cooled before being returned to the engine. With a drysump, there is no worry about the oil pump pickup sucking up air and ruining the bearings. 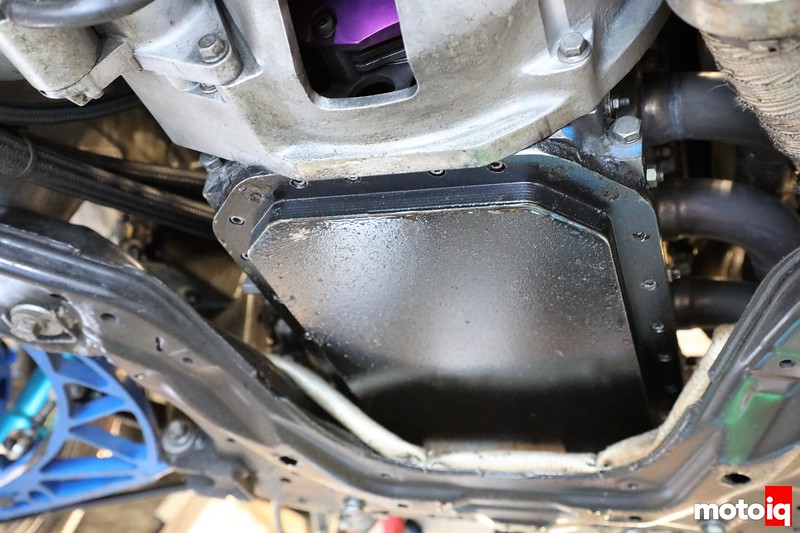 With a drysump, the pan has no oil sump, it is just basically a shallow cover, the engine can sit a lot lower in the chassis, lowering the CG. 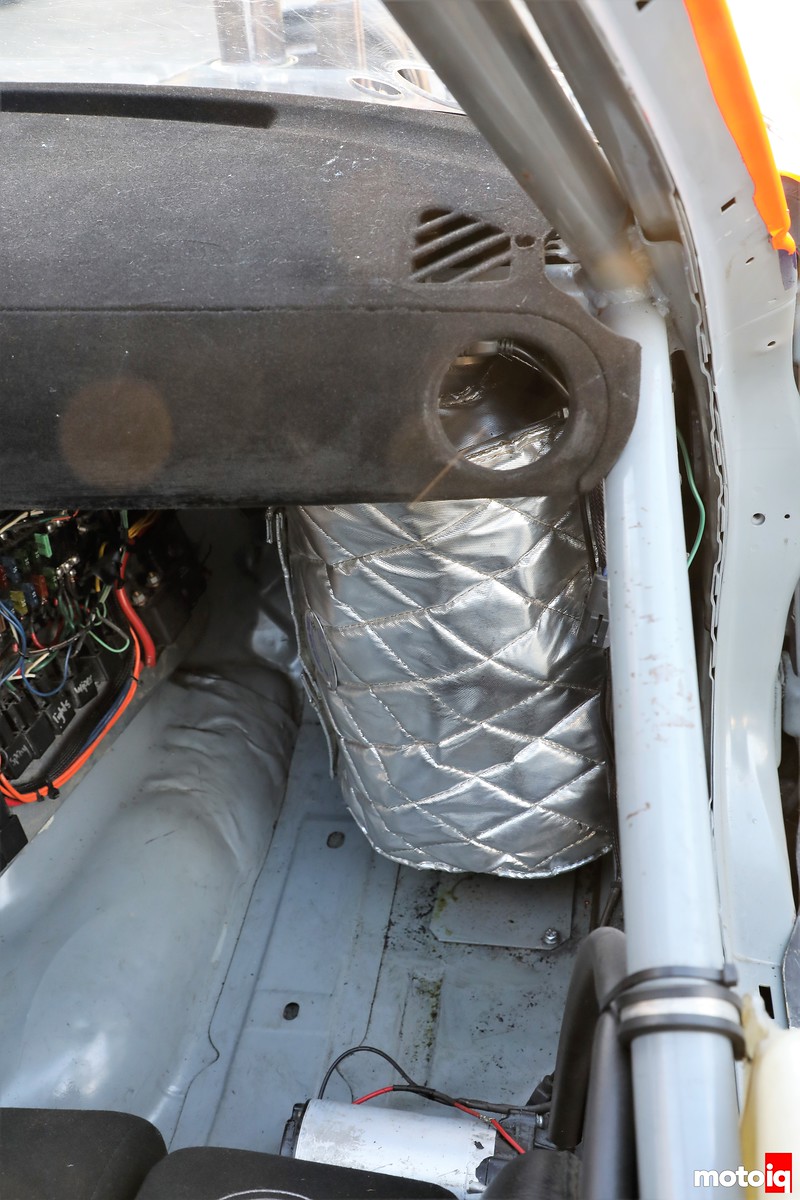 The drysump tank and deairator sit in the passenger side footwell.  The silver blanket is a Formula Drift safety cover which can be used instead of a metal firewall.  The engine oil is Top 1 Evolution synthetic, 15/w50 weight. As an interesting note, switching to the Top 1 oil solved the engines prior oiling issues when running the 10,000 rpm rev limit. Kyle says the Top 1 oil dearieates better and has superior lubrication and is one of the main contributors to the cars greatly increased reliably.

Kyle also tells us that the other huge contributor to the cars unheard of reliability for a rotary is the Thunderbolt American Ethanol fuel which eliminates detonation with its superior octane and combustion chamber cooling. 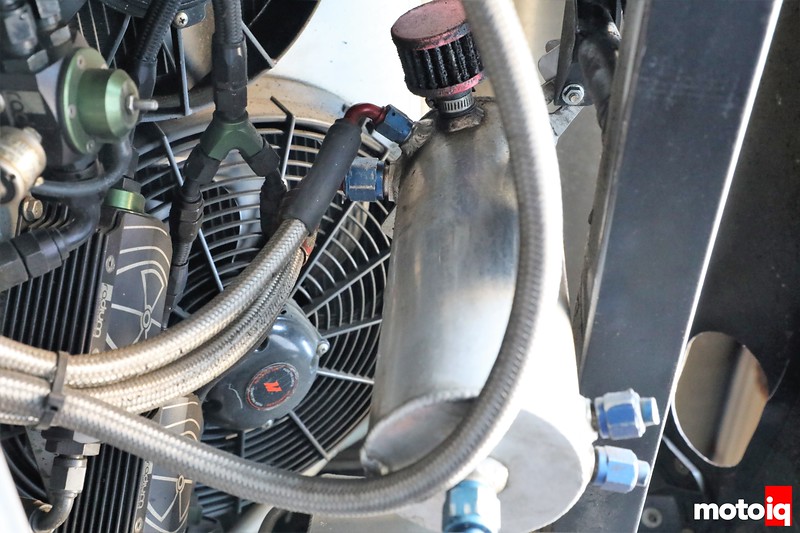 The engine breather and oil mist separator for the engine sits in the rear compartment of the car.