While we were in Yokohama we dropped by Nismo’s Omori Factory located just outside Nissan’s Oppama assembly plant. The Nismo Facility is a relatively new one.  I worked FOR a summer at Oppama when I was an engineer at Nissan many years ago so I though I would recognize stuff but everything is entirely different!  The sweet thing about the Omori Factory is that this is Nismo’s special workshop where customer work is done.  If you own an historical Nissan racecar or have a GT-R from any generation or any Nismo Nissan model you can get your work done here. The Omori Factory does everything from simple maintenance to the installation of Nismo parts to complete vehicle restoration and fabrication. The Omori factory is a similar operation to what Porsche, Mercedes and other high end European manufacturers have. 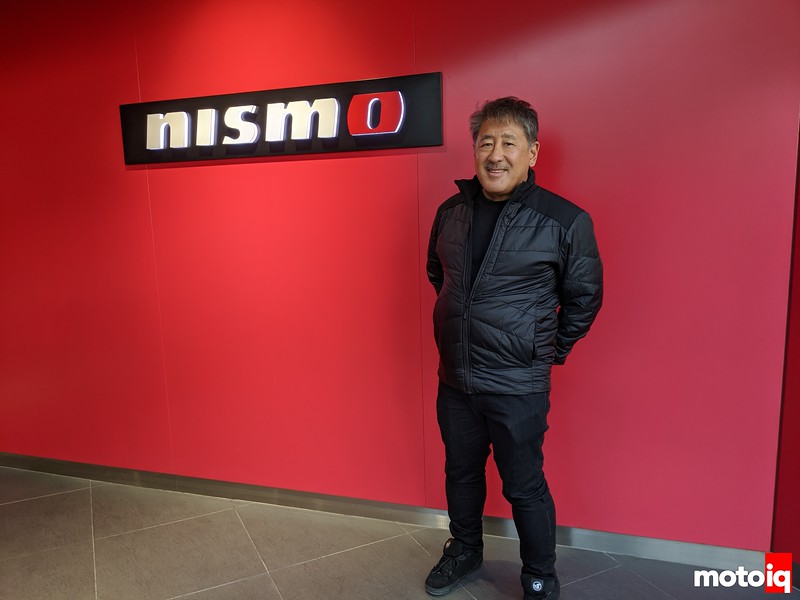 I was pretty excited to see what went on inside the sleek modern building because Nissan didn’t do anything like this when I worked there.  Nowadays Nismo is more integrated as part of Nissan’s heritage and branding. When I was at Nissan, Nismo was more like a red headed step child skunkworks tucked into a tiny corner of the Oppama plant with a small office in Ginza. 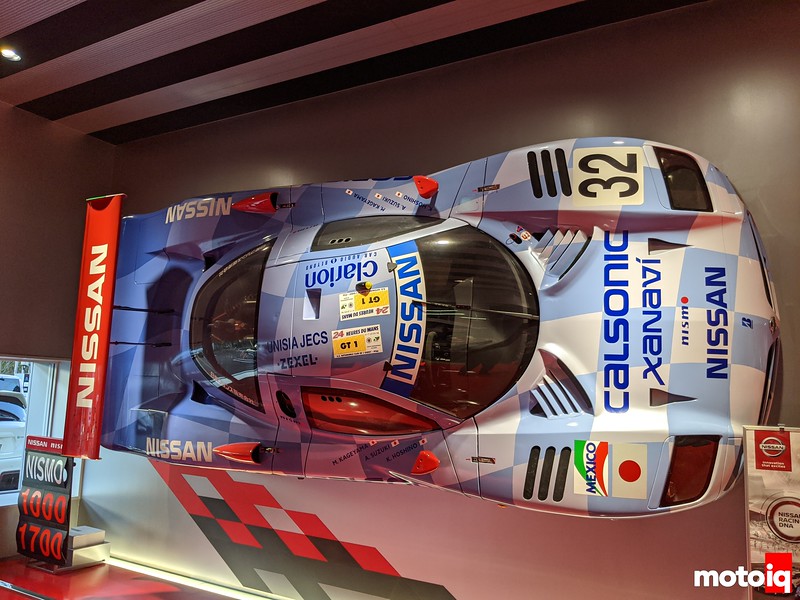 The first thing you see as you walk in the door is a GT1 R390 hanging on the wall. There were 8 race car R390s and one road car built for class homologation.  They ran in LeMans with some limited success in the mid 90s. The chassis was a carbon monocoque tub built by Tom Walkinshaw, the same part as used in the Jaguar XRJ-15. They were powered by a VRH35L which was a 650 hp twin turbo V8.  We had the road going version at Nissan North America for awhile and I got to sit in it an get many good long looks at it.  It was awesome to see one fully restored and on display here. 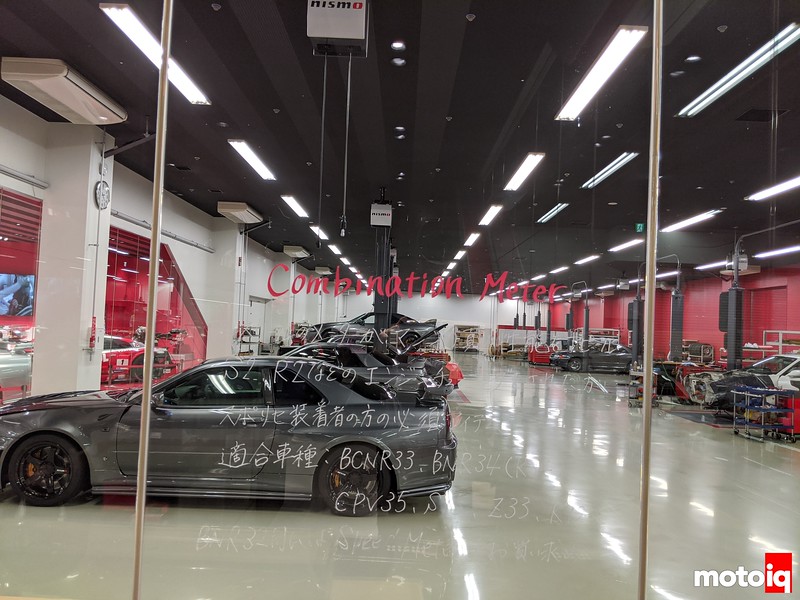 Here is the Omori Factories main workshop.  Its as clean as an operating room and filled full of amazingly cherry R32’s, 33’s, 34’s a few 35’s and the odd Z.  Someone writes on the window as to whats in the shop and whats getting done to it. Toward the back walls are some full restorations and full builds going on that would make you drool.

Here is another view of the workshop showing an R35 getting some service and a super clean R33.