Prepped and cleaned parts to be assembled are laid out and organized on these carts according to the job.

Before valve jobs are done, a torque plate is bolted to the heads. This distorts the head in the same way as bolting it to the block would. The valve seats also distort as they would when bolted to the block.  If the valve job is performed with the torque plate attached and the seats distorted as they would be installed they will seal much better when the engine is assembled and give better leak down numbers thus making more power.

Here is a cylinder head with the valve job completed waiting to be ported.

One thing we were amazed at is that at Tomei there are no high tech machining centers, no Sunnen honing machines or Serdi or Newan valve cutting centers. Just normal old school machine tools doing things by hand the old fashioned way with extreme attention to detail and craftsmanship.  This is how engines were built when I was a little kid! 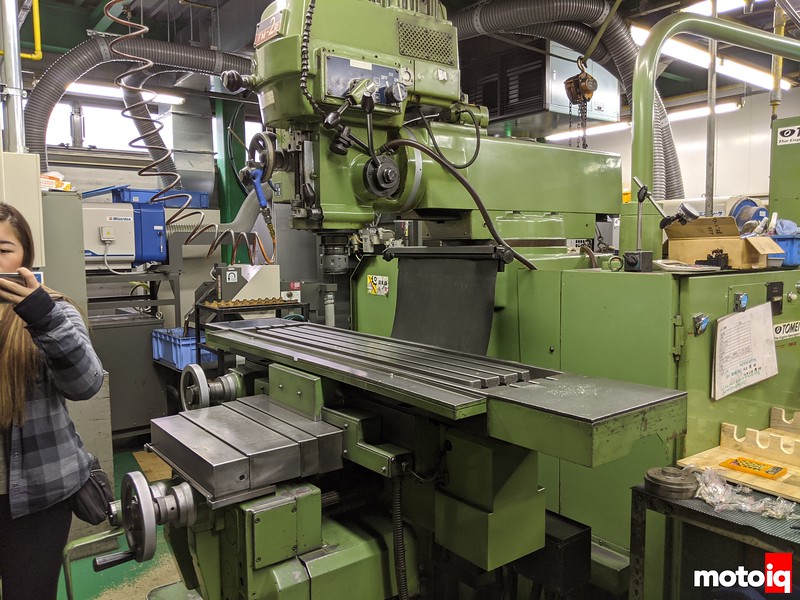