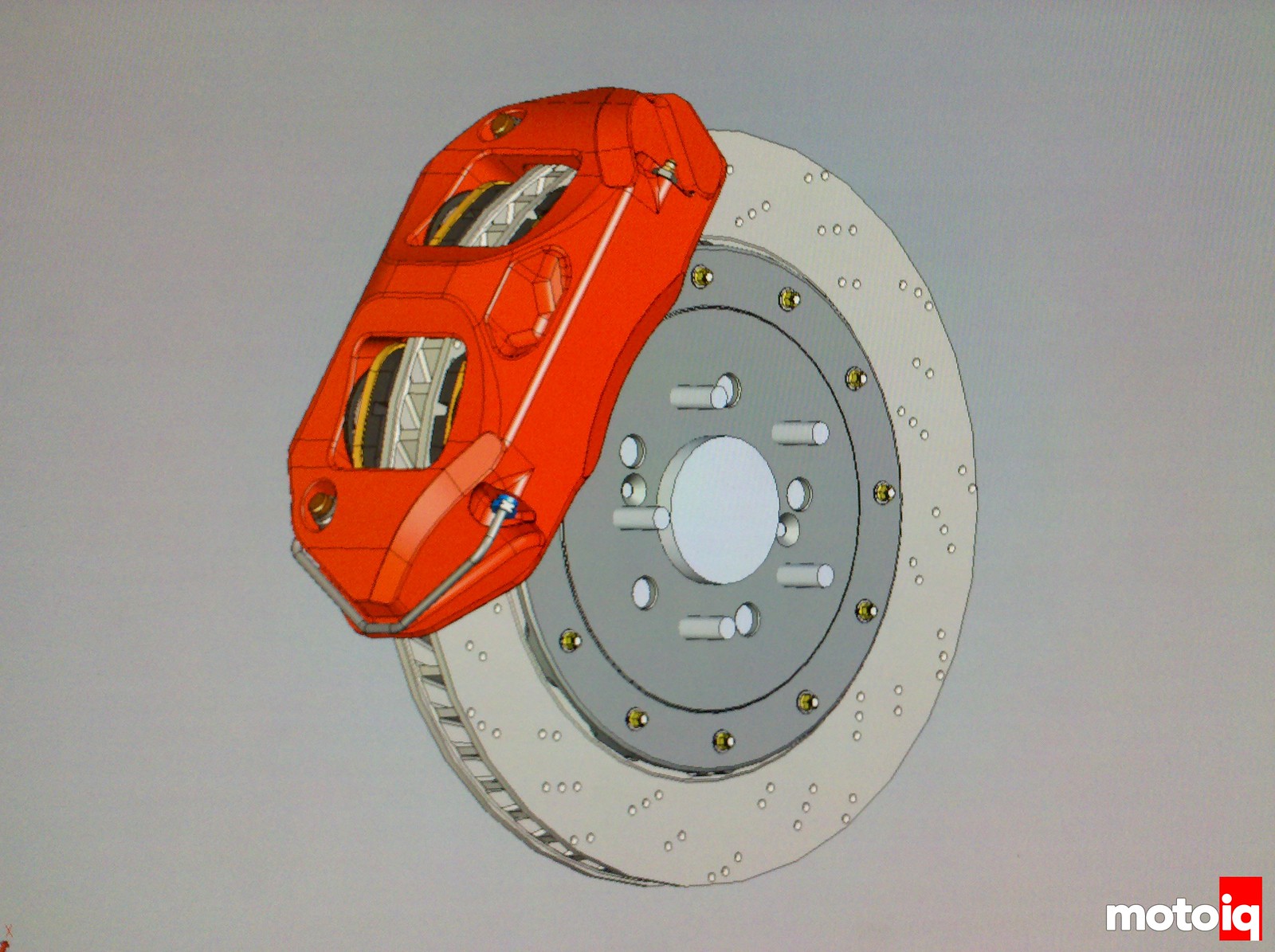 When the FX Motorsports Development Time Attack NSX team (that I drove for) was looking for a competitive edge, they turned to PFC to design a braking application for the already record-breaking car.  PFC analyzed braking data from the ABS-less Time Attack car and the brake bias from the three different OEM NSX brake packages that were used over the years to develop this 14” brake package that utilizes their ZR31 multi-pad caliper, a street version of their Champ Car caliper. 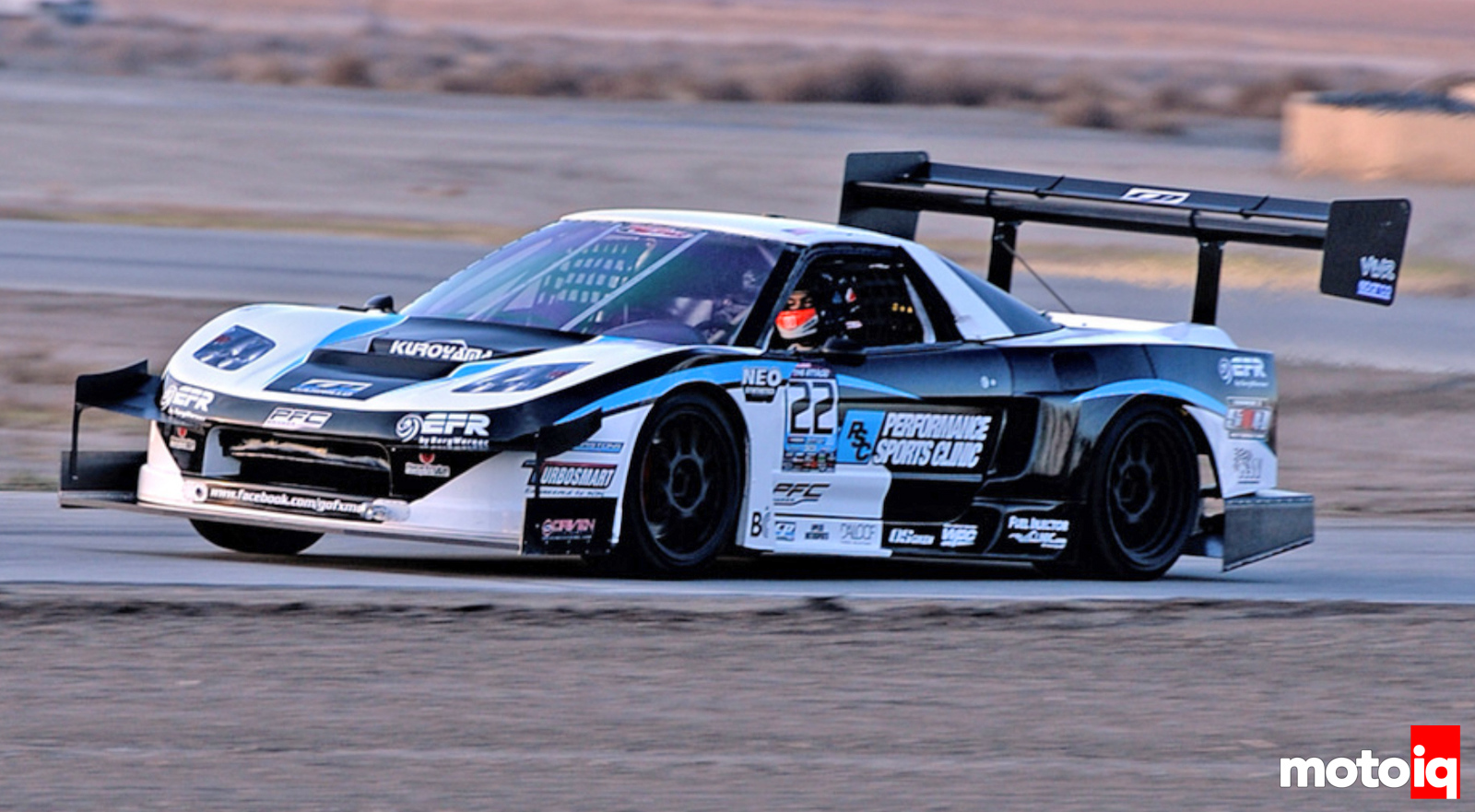 The FXMD NSX was one of the least modified Unlimited-class cars ever.  This car always used the stock suspension control arms, mounting points, 5-speed transmission, and brake booster. Optimizing the brake bias in the calipers was crucial since the car could not quickly and easily change brake bias from a dual master cylinder racing system that many of our competitors had. 14” rotors were also a requirement when most of the options for the NSX were 13”.

After all of their calculations, PFC came up with a 59.5% front bias that is 15% more powerful than the NSX-R.  For reference:

Note: There is a big jump rearward in brake bias in 1997, which coincides with a new ABS modulator and accumulator that likely has an integrated proportioning valve to limit pressure to the rear calipers. In 2000, the new style ABS module utilizes an external proportioning valve. 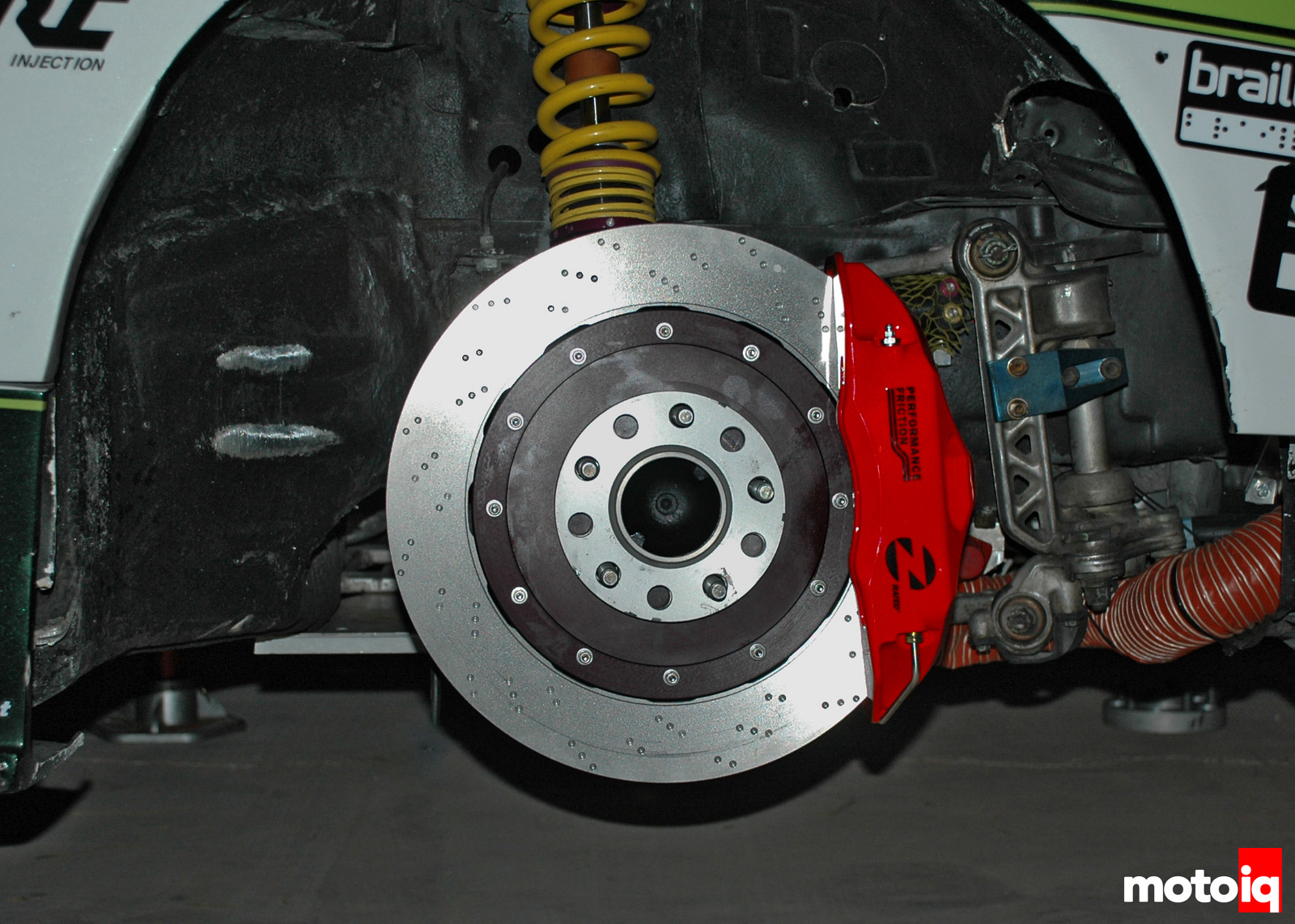 FX Motorsports Development went on to set records across the country with this newly developed brake package.  Some of which are still standing to this day, 11 years later.

For the install, we turned to NSX expert technician Nick Eustache of Applied Motorsports in Vista, California.  Nick is one of the few remaining NSX-certified technicians with two decades of NSX experience.  He was responsible for building all of the stock 5-speed transmissions (with OS Giken LSDs) for FXMD’s record-breaking NSX in addition to building motors, designing supercharger kits, and track prep work for NSXs.

Performance Friction calipers arrive wrapped in these fancy bags that make you feel like you’re putting a pair of Louis Vuittons on your car.  In some ways, that’s kind of true as they are jewels to behold.