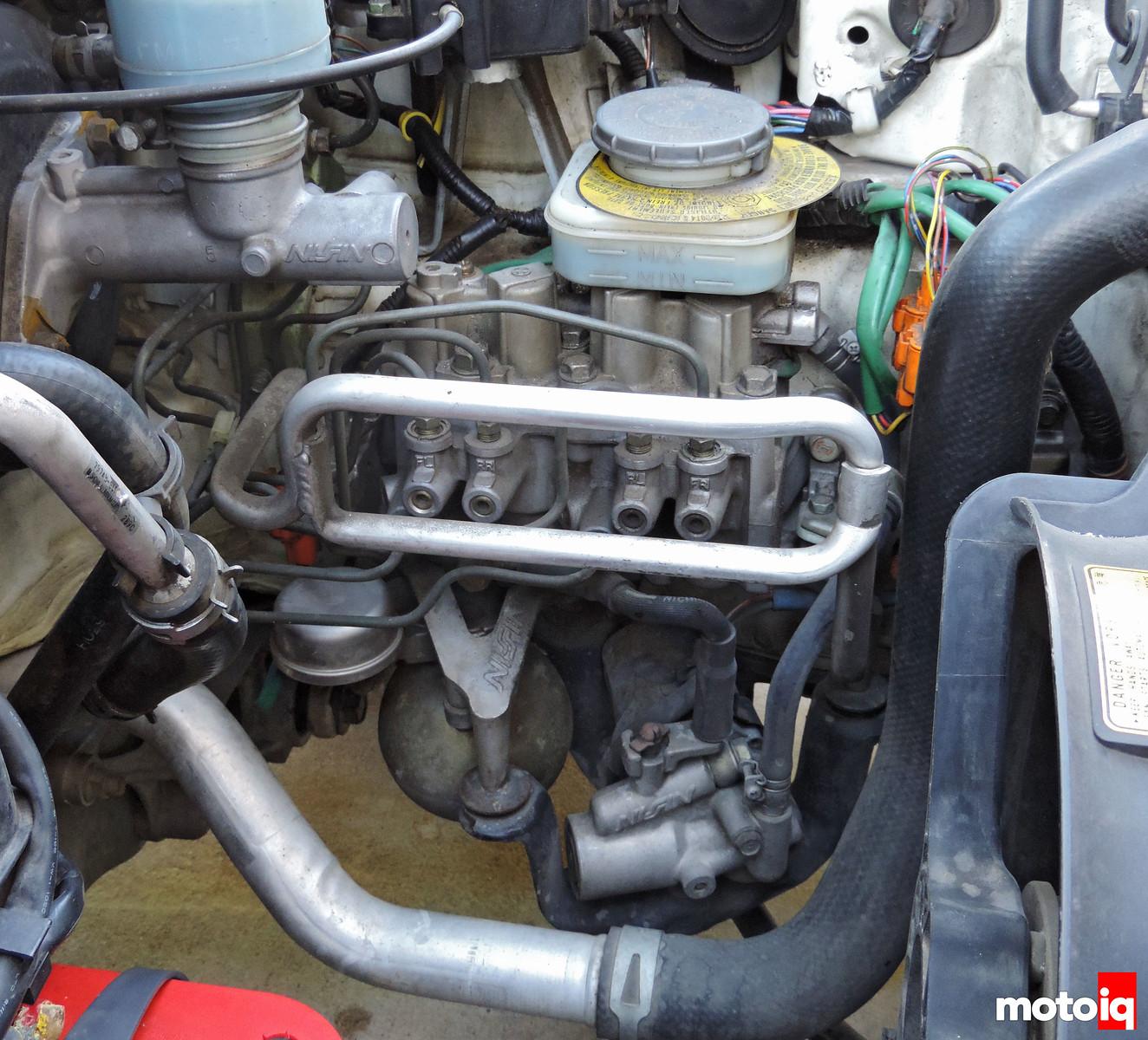 The NSX’s 4-Channel ABS system was cutting-edge when it debut 30 years ago.  Each wheel has its own sensor and can be independently controlled, enabling for far better brake line pressure control and modulation to prevent tire lock, especially on bumpy roads or where one tire has significantly less grip than the others.

In reality, in addition to its tiny front tires, the NSX was never strong in the braking department, even for its era.  The pulses of the ABS pump are slow by modern standards and only worsen as the pumps start to get sticky with age.  Even a relatively well cared for NSX ABS system can result in minor lock ups as the ABS cycles the brake pressure.  An experienced driver can outperform the stock ABS in most conditions. Not that you want to rely on this ability in an emergency situation. There is a lot of room for improvement by upgrading the ABS to a more modern setup. 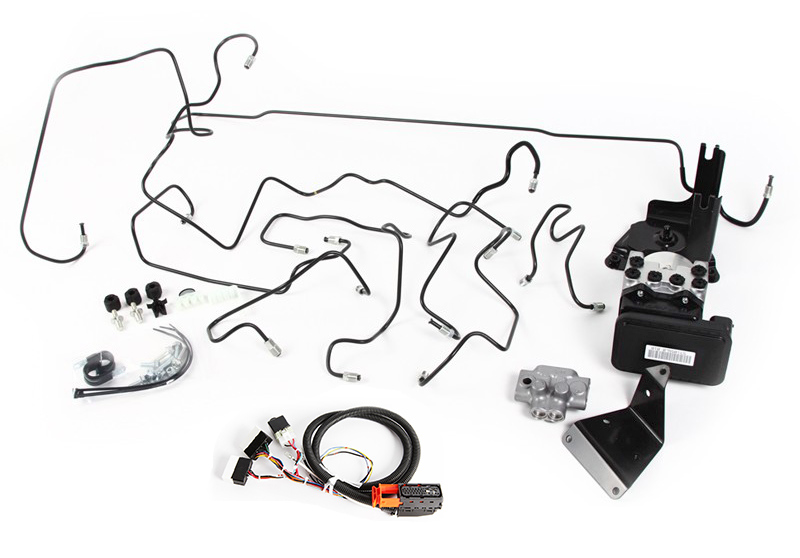 Science of Speed is the only company who offers a comprehensive “NA2 ABS Conversion Upgrade” including epoxy potted electrical harness and a full step-by-step instruction manual. The modulator, hard lines, brackets, proportioning valve, and all necessary hardware to do the install. This is technically not an accurate description because “NA2” cars started in 1997 with the larger 3.2L V6 engine. It is more accurate to call this the “2000+ ABS Conversion Upgrade”. 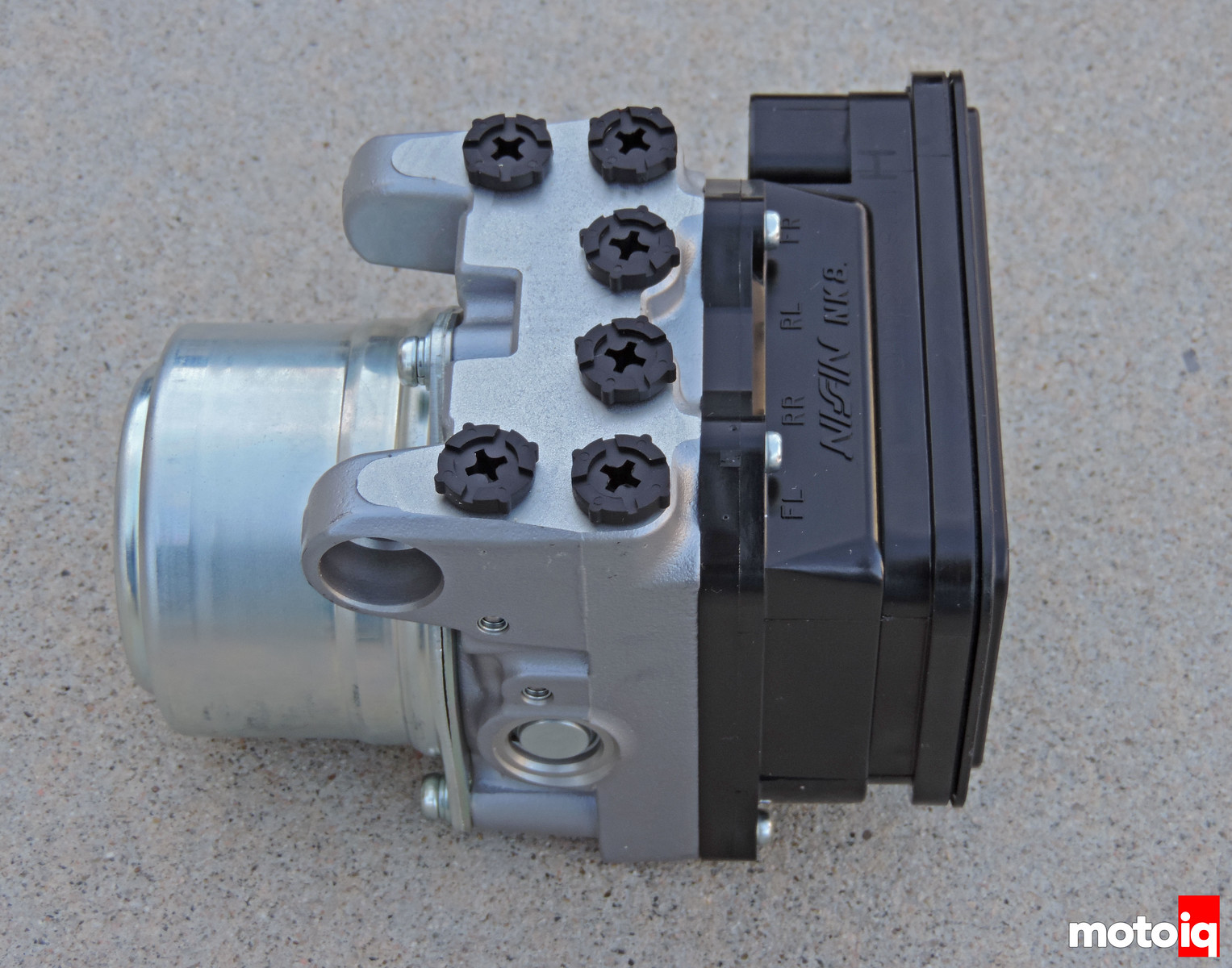 Nissin utilized the Bosch-style solution of combining the modulator and electronic controller in one unit.  This design and packaging pretty much set the standard for which pretty much every car on the road uses today.  Modern ABS systems have a considerably faster “cycle” time, which react to road surfaces quicker and the higher frequency pulses better mitigate lockup and improve braking performance.